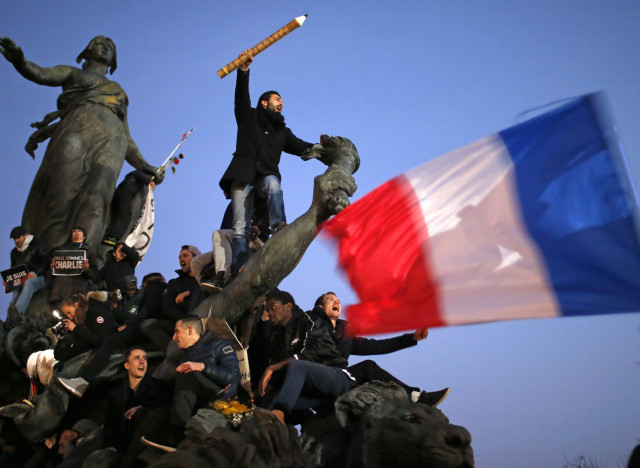 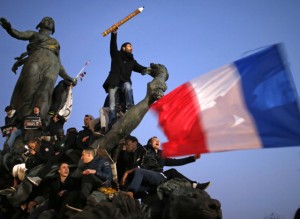 A man holds a giant pencil as he takes part in a Hundreds of thousands of French citizens solidarity march (Marche Republicaine) in the streets of Paris January 11, 2015. French citizens will be joined by dozens of foreign leaders, among them Arab and Muslim representatives, in a march on Sunday in an unprecedented tribute to this week’s victims following the shootings by gunmen at the offices of the satirical weekly newspaper Charlie Hebdo, the killing of a police woman in Montrouge, and the hostage taking at a kosher supermarket at the Porte de Vincennes. REUTERS/Stephane Mahe (FRANCE – Tags: CRIME LAW POLITICS CIVIL UNREST SOCIETY TPX IMAGES OF THE DAY) – RTR4KXVB