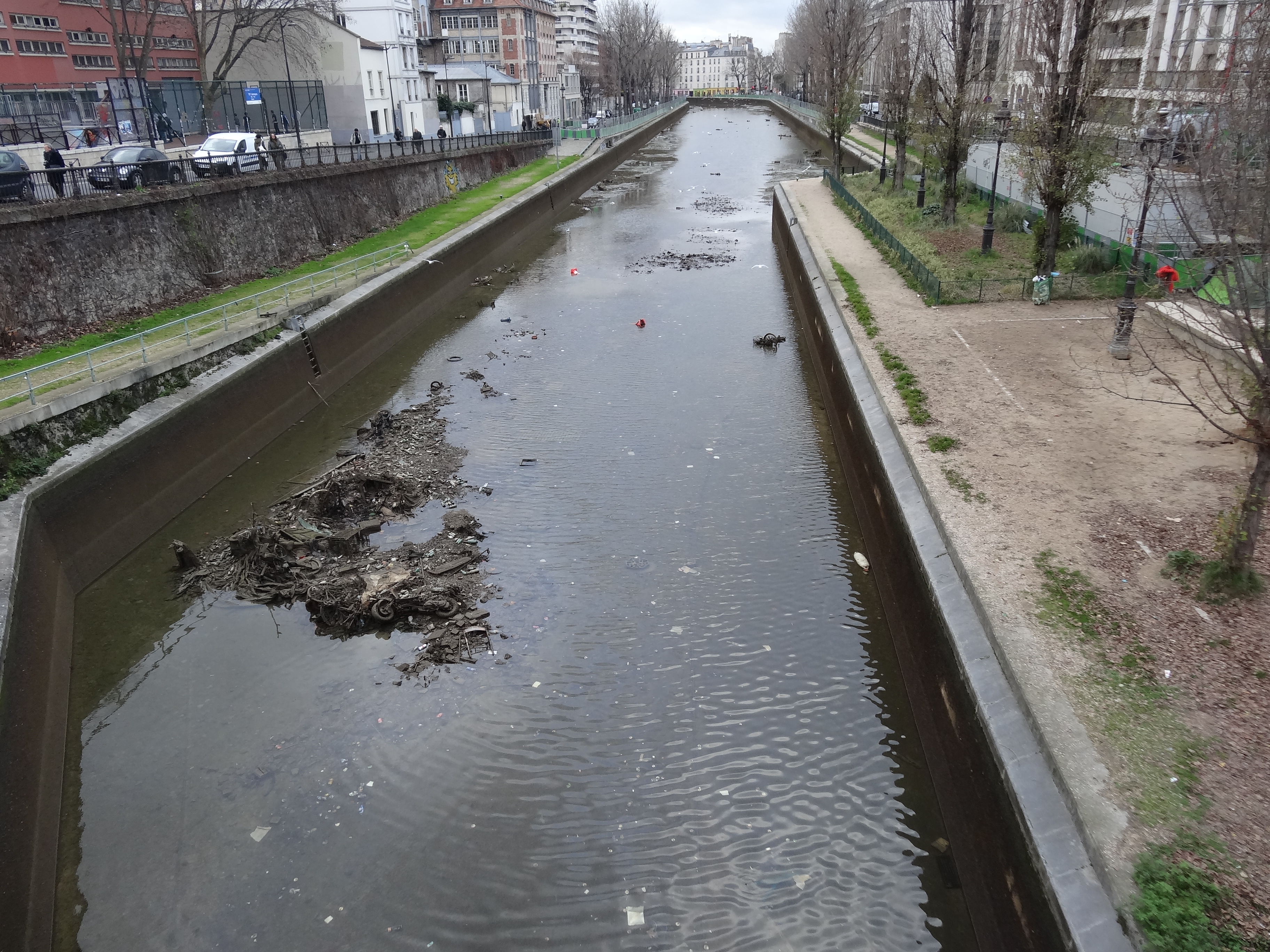 Since January 4, Canal Saint-Martin is emptied, step by step, its 90,000 cubic meters of water and will stay dry for three months for a thorough cleaning. The opportunity to refurbish the four double locks of the canal, which will be completely renovated, from small parts wear to the control and switching devices. The last such operation was conducted 14 years ago, in 2001.

The opportunity also to clean the depths of the canal, which gives us every time its share of unlikely discoveries. If in 2001 shells dating from the First World War had been found after the water drained, it is a gun that was discovered during the 2015 edition.

Great guest of this year: the Velib, arrived in Paris in 2007, which lines with scooters, buggies and caddies mud Canal Saint-Martin. Objects that, if they could speak, would have many stories to tell us about the events that led them to these places … 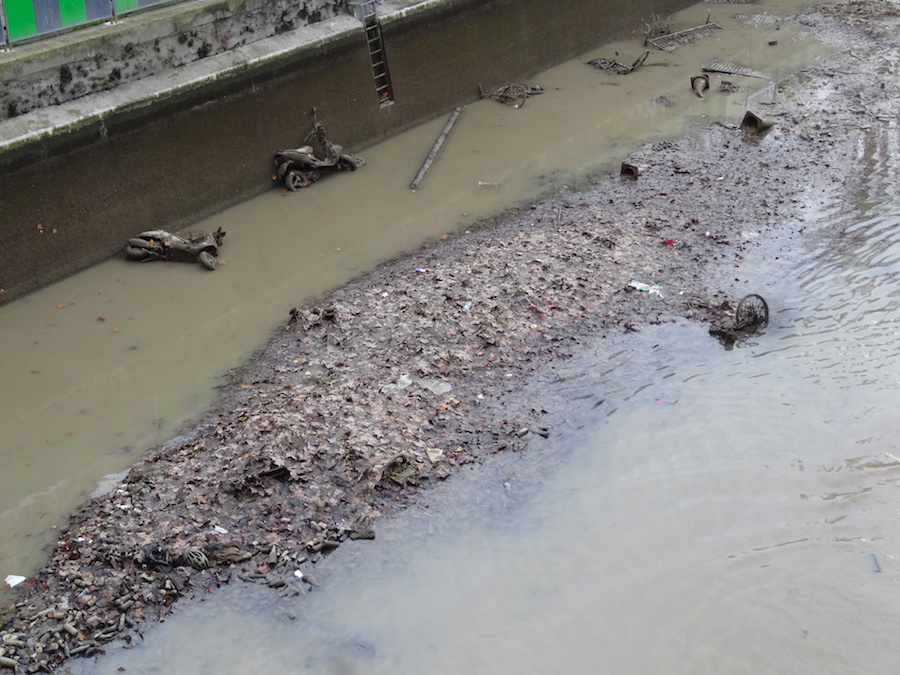 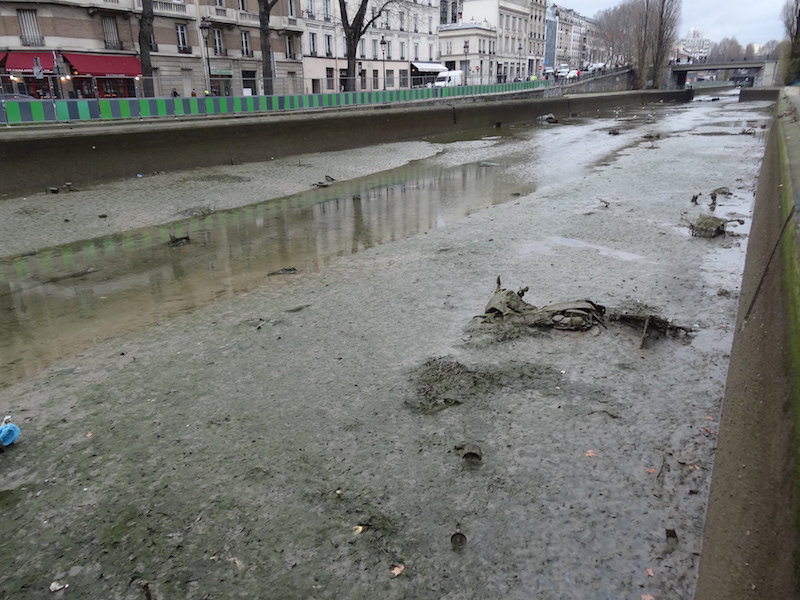 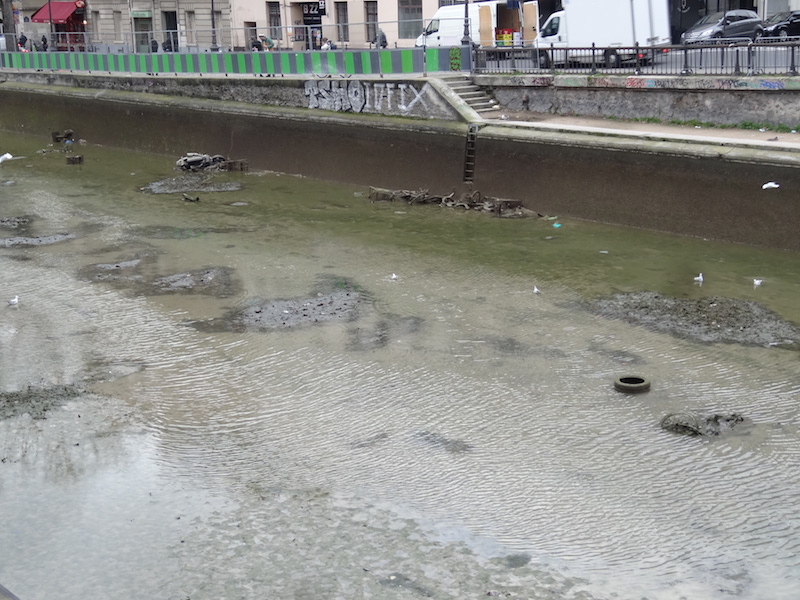 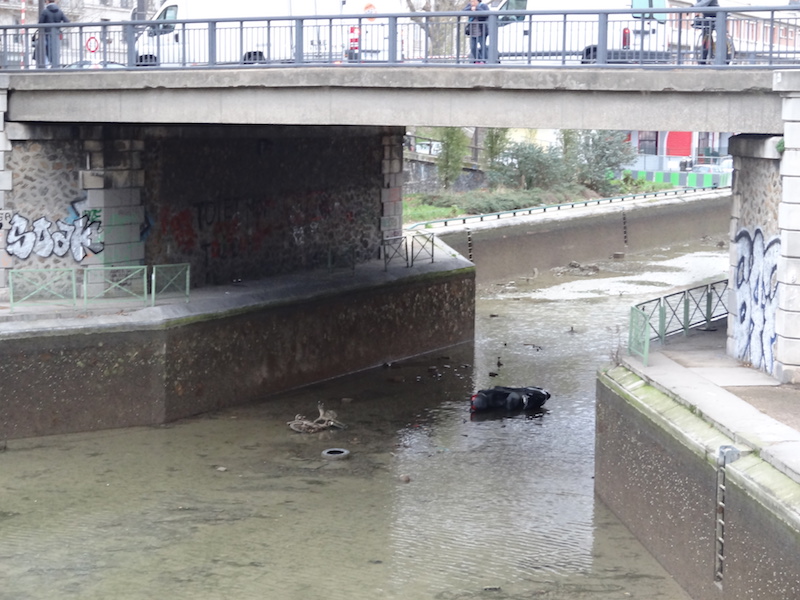 As for Fishes, 50 cm of water were left the first days of discharge to enable backup of fishing, conducted by a specialized company, and return to the Bassin de l’Arsenal and the Seine those who have gone astray in phases drain water. 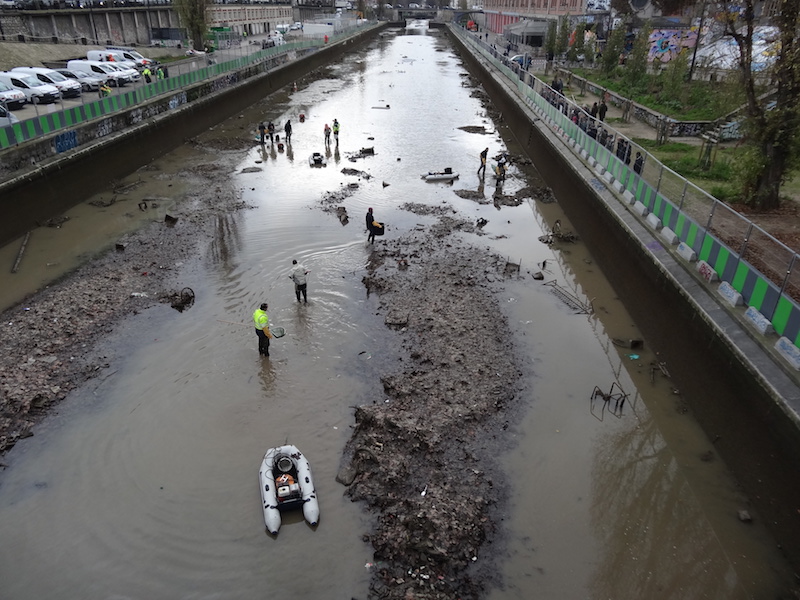 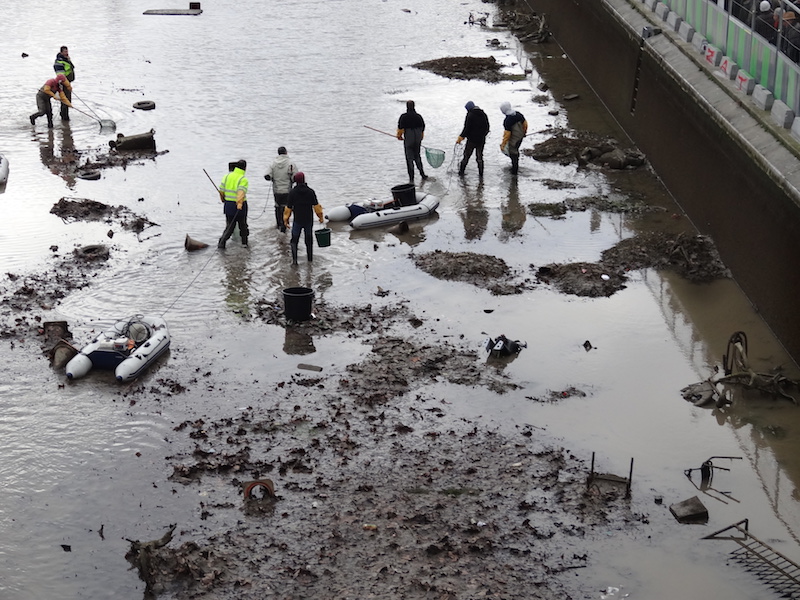 Until 4 April, the Saint-Martin Canal will be emptied of its water. The opportunity for an original walk to discover improbable objects lining the channel bottom ..
Continue reading

Before/After : evolution of Paris since the 19h century
The morbid past of Place du Colonel Fabien
Follow the Seine's course from the right bank
Saturday is Market Day