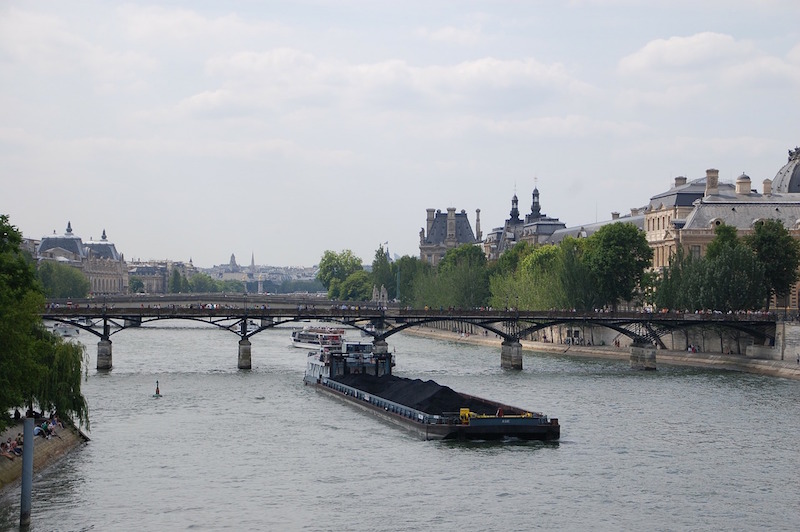 For a Parisian, the Seine is not just a river. Today, known as being a privileged place of relaxation or romantic walks, the river remains, probably unconsciously, the one which fed the first Parisian people in fish, watered its cattle and gave its water to grow agriculture. Furthermore, the Seine was originally a natural barrier against external attacks when Paris became Paris, that is to say, when its inhabitants retreated to the island to escape from invasions and abandoned gradually themselves the Roman name from Lutetia for Parisiorum Civitas: the city of the Parisii.

Paris and its bridges

Follow alongside the Seine on the right side from the Town Hall – facing the Ile de la Cité – to the Place de la Concorde, it’s like somehow follow the long story of Paris. Bridges are witnessing a growing agglomeration which have to cross his foster mother to survive, and the buildings along the quays, sign of a city in disproportionate ambition. 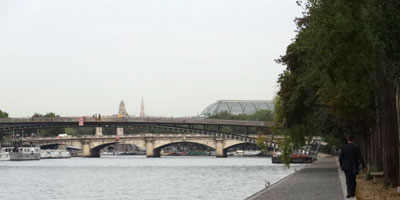 Embankment of the Seine

At the beginning of this long walk nearby the river, Parisian people walks in the shade of trees, most of time looking to the Île de la Cité and occasionally having a glance at the stands of some booksellers. Only the constant noise of cars prevents them from being completely transported when the tar under their feet was a vast marshland.

Then they continue to follow the way to reach the Conciergerie, medieval residence of the Merovingian kings. Do they just know they are in front of a medieval building pioneer? When they put their suitcases on this small island, the first kings were not thinking about to be those who put the first stone of one of the most beautiful cities in the world. 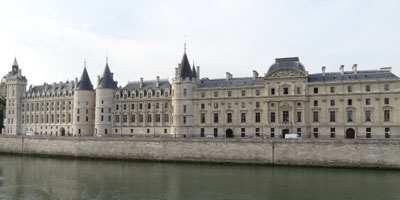 Next, the pedestrian comes across the Pont Neuf, oldest bridge of Paris, then the Pont des Arts (Arts bridge) and its thousand of love padlocks. Little by little, we walk away slowly from the Île de la Cité and the other side of Paris (rive gauche) comes out. Here, the river seems to set both sides of Paris against each other in a speechless fight. After a while, another former king’s residency appears : The Louvre.

After the Louvre, the walker goes along the Tuileries Garden. Unfortunately, it is impossible to discern any details due to the ros of trees which border the garden situated Seine side. We can compensate this frustration by observing on the other side of the Seine the left bank. The Musée d’Orsay and the sequence of frontage, which is typically Haussmannian, remind us if we had forgotten that the left bank has also a long history which has nothing to envy to the right bank.

Moreover, thanks to the Seine, we can see the first manned houseboat. It is certain that many people envy those Parisians who have made the river as their permanent residence. 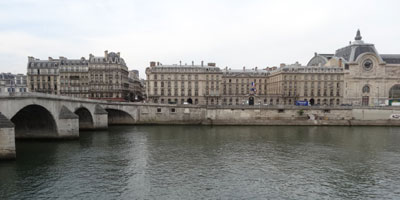 Suddenly, the traffic is denser and a new excitement is felt. Soon the Place de la Concorde. All symbols of Paris are represented in this magnificent place: history of France, romanticism of architecture, luxury and modernity coexist in a perfect whole aesthetically. This is also where the two sides seem in harmony, reconciled by the harmonious perspective which the bridge is the referee. 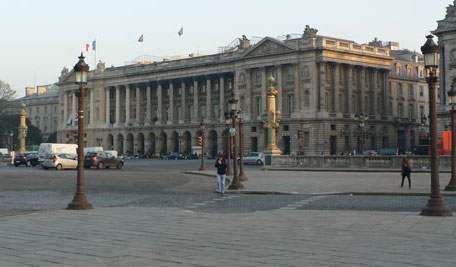 One week in Paris - What to do, and what to see
Paris, Open-air Museum
Unusual or unknown public gardens of Paris