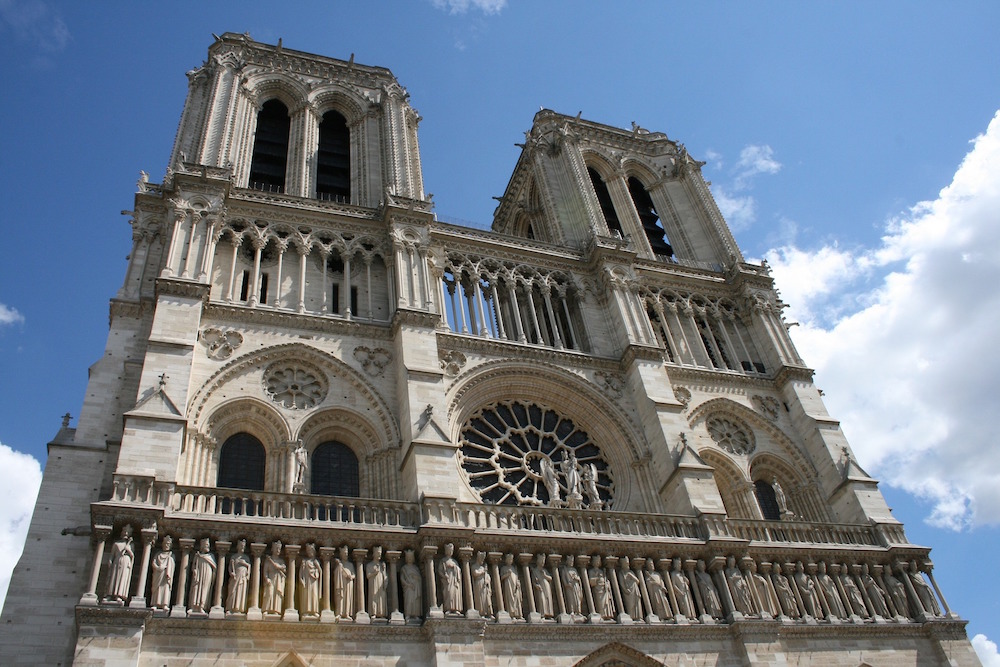 How to introduce the most famous Cathedral in the world and not repeat everything that has been already said about it ? To avoid it, let’s explain what makes Notre-Dame de Paris an only monument that must be visited. The building dates from the middle-ages. First stones has been put on in 1163 and constructions lasted 2 centuries, to end in 1351 (those two centuries of building and many developements explain why you see a blend of architectural styles…).

At this time, the architecture is outstanding. The stained-glass windowns, the nave, the framework and the towers are real technical feat. But the most impressive is the decoration : as an opened book, it relates through sculptures and paintings the history of Catholicism.

Victim of French Revolutionaries in 1789 who wanted to destroy every religious symbols, Notre-Dame de Paris Cathedral was damaged and plundered. After the revolution, there was even talk of it being razed to the ground… But nothing of the sort happened ! Thanks to Victor Hugo and its novel Notre-Dame de Paris, people became aware of the value of this monument… Restoration works started then, and appears an innovation : the gargoyles.

Because Notre-Dame Cathedral is definitely an out of ordinary place, Paul Claudel (French poetry) become Catholic after the 1886 christmas mass. The place where this unexpected faith appeared is still visible on a flagstone inside the monument… Notre-Dame de Paris, a very special symbol, deeply parisian.