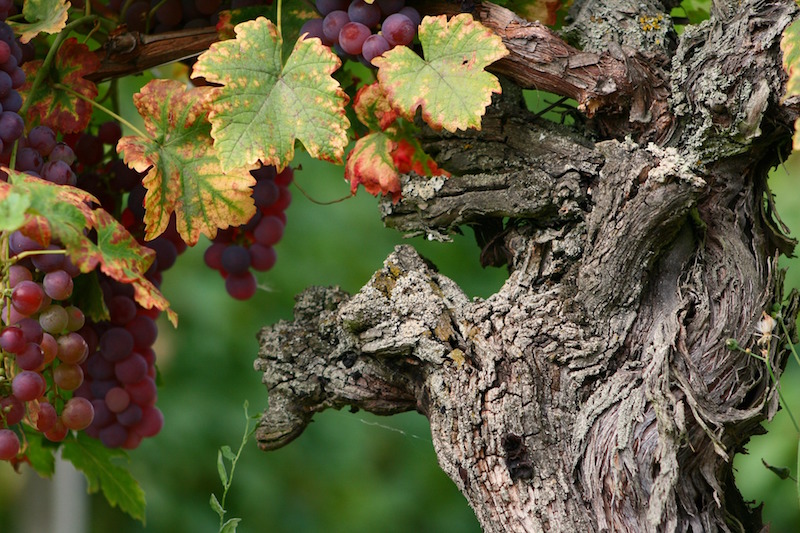 Before his massive urbanization, Paris and its region were among the largest producers of wine in France. Remembering the past, some vines were planted in the 20th century in the symbolic Parisian neighborhoods wine, which you can see when you stroll in Paris. Montmartre, Belleville, Butte Bergeyre the Parc André Citroën, discover Parisian vineyards.

Parc Georges Brassens on, in the 15th arrondissement, is one of the most beautiful parks in Paris, built around the preserved remains of ancient Vaugirard slaughterhouses and his horse market.

In 1783, 720 feet of Pinot Noir, Pinot Meunier and Perlette were planted in memory of the wine spent in the neighborhood. You will also find in this garden an apiary and a nice lawn around a small lake and topped by a belfry.

Bercy in the 19th century was the largest market for wines and spirits in the world. Routed barrel boat or train, wine was directly negotiated on the Banks.

Yitzhak Rabin in the garden, part of the beautiful Parc de Bercy, were planted in 1996 350 feet Sauvignon and Chardonnay over an area of ​​660 m2. With Orangerie, vegetable garden, his greenhouse and its many romantic pergolas, Bercy Park is one of the most charming parks of Paris.

VINE MONTMARTRE
The Montmartre vineyard is without doubt the most famous of Paris. In 1932 that was planted this vineyard 2,000 feet, in memory of the illustrious past of the hill wine, but also to prevent a real estate transaction to construct a building.

Unfortunately located due north, this plot produces a wine of poor quality, more interesting to look at as to eat!

VINE OF BUTTE Bergeyre
In the 19th District, the Butte Bergeyre is one of the most secret places in Paris. Small village hidden 100 meters short walk from the Buttes Chaumont, one can see a vineyard planted slopes of hillsides, mixed Sauvignon, Chardonnay, Muscat and Chasselas. And the opportunity to enjoy a beautiful view of Paris …

VINE OF BELLEVILLE
The history of Paris and wine is, like Montmartre, closely related to Belleville. On the hills of the Butte, a vineyard was planted in 1992 on the sides of the Parc de Belleville.

It includes 250sqm of plantation of 140 feet Pinot Meunier and Chardonnay. Not to miss when you stroll in Belleville and Ménilmontant, including the beautiful panorama offered by the park on Paris.