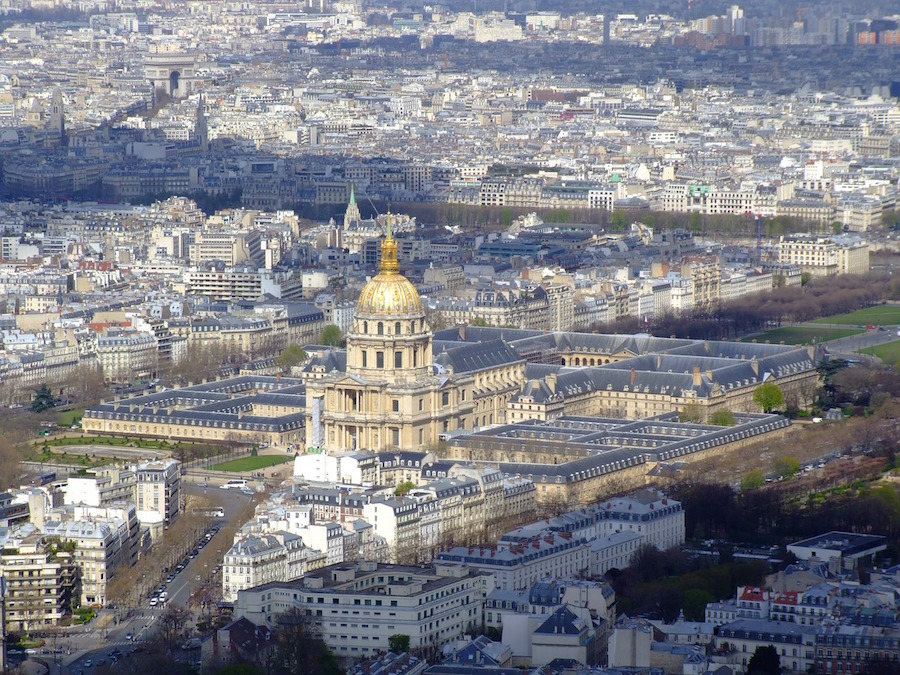 We are in the 17th century. Louis XIV is an almighty king, at the head of one of the most important kingdoms in Europe. But this domination has got its price, which thousands of soldiers pay every day. Louis XIV is indeed a king who loves the war, and France will experience, during his 54 years of reign… 33 years of conflicts.

The inconvenient of a war, as glorious that might be the victory, is the flood of crippled, blind, armless and one-legged soldiers of all kinds who come back from the field of honour. And when Louis XIV drives through Paris, comfortably seated in his coach, it is quite impossible not to notice the amount of invalids, which gets bigger and bigger in a quite catastrophic way. Never mind, the king orders in 1674 to build a new sumptuous royal building, the Hôtel des Invalides:

And since the king doesn’t do anything without magnificence, the biggest architects and artists will be in charge of the construction of this Hôtel des Invalides, destined to be a luxurious asylum for soldiers (being as wall a hospital as a hospice, barracks and a monastery). Libéral Bruant (who is also behind the place Vendôme and the Hôtel de la Salpêtrière) will therefore conceive the plans, and Jules-Hardouin Mansart, his student, will supervise the works. The ornamentations and sculptures of the Hôtel and the Church will also be carried out by some of the most brilliant artists of that time, like Pigalle or Coustou. 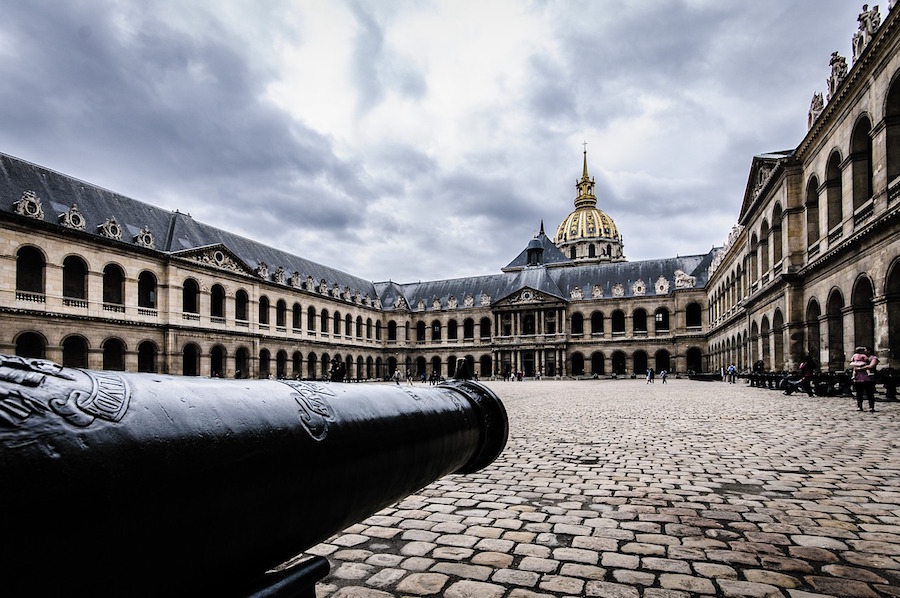 But careful! Behind a certain emotion and a royal generosity providing food and shelter to the mutilated ones hides in reality a tremendous political manoeuvre. Clustered outside the city walls, the dark side of the war became completely invisible, which finally left room for the signs of glory and greatness of the king. Because don’t forget that at the same time, the Hôtel de la Salpêtrière was build, destined to civil sick persons, beggars and  vagabonds, who were accused of threatening public security.

Thanks to these two establishments, Paris is a “lightened” city, which got rid of its beggars and cripples. But despite all that, it is Louis XIV himself who decided to move to Versailles, far away from Paris… You could therefore wonder if the sumptuous buildings constructed during his reign were really destined to embellish the city, or if they were just a reflection of his power?

Discover the history of the Invalides of paris, one of the greatest monument of Paris.