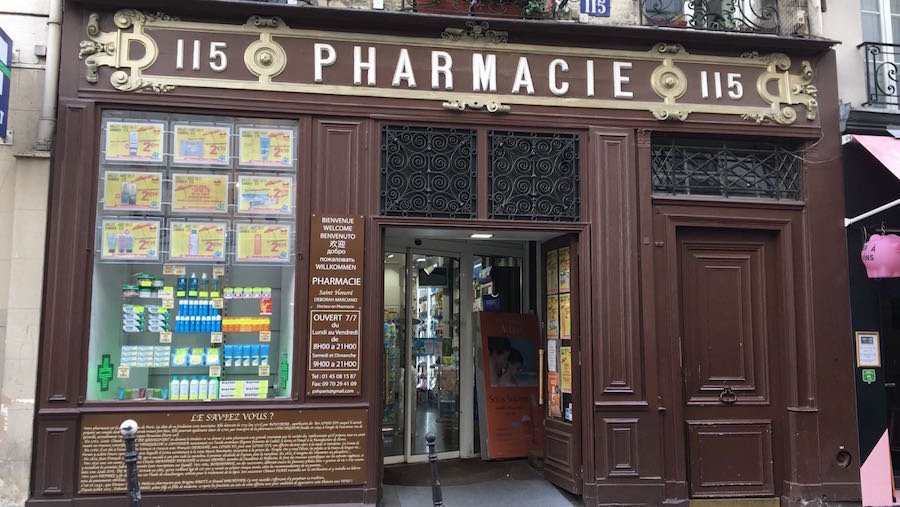 The rue Saint-Honoré, built from the 12th century after the construction of Les Halles, became one of the most important streets in Paris during the French Revolution. Close to the Jardin des Tuileries, where the National Assembly sat up from 1789, it was chosen as a place of residence by many deputies. It was also the route followed by the revolutionary carts from the Conciergerie to the Place de la Concorde…

A street full of history, where you can also see, at number 115, the oldest pharmacy in Paris.

Although some doubts remain about the origin of this dispensary, it is known that it first opened its doors in 1715. Its success began when the famous chemist Louis Claude Cadet de Gassicourt, member of the Académie des Sciences, settled in in 1762. Few years later, his cousin François Destine joined him and became owner of the pharmacy. He continued to use the name “Cadet-Derosne” because of Cadet’s high reputation.

It was at this time that the Swedish Count Fersen bought in this pharmacy the invisible ink  for his secret correspondence with Queen Marie Antoinette. Passy spring water, deemed ferruginous and laxative, was also sold there after its discovery in 1754.

In 1803, Jean-François Derosne, who succeeded his father, made many chemical studies, among which the “essential salt” of the opium extract, and the sugar purification. His nephew by marriage Bernard Derosne will make pharmaceutical specialities using plant extracts, of which you can see an inscription still visible on the facade. 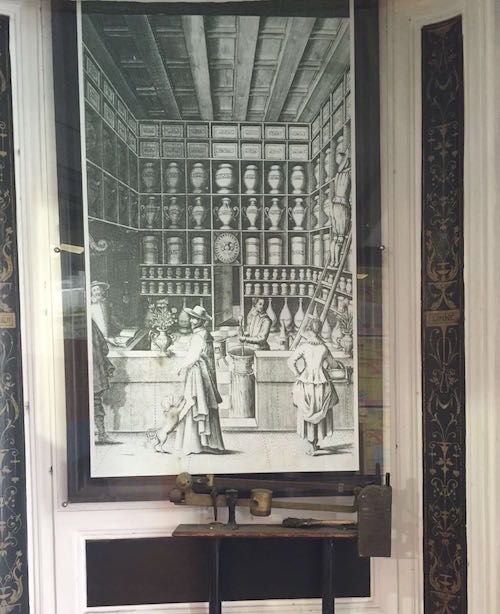 A beautiful shop filled with history, to discover in the heart of rue Saint-Honoré.