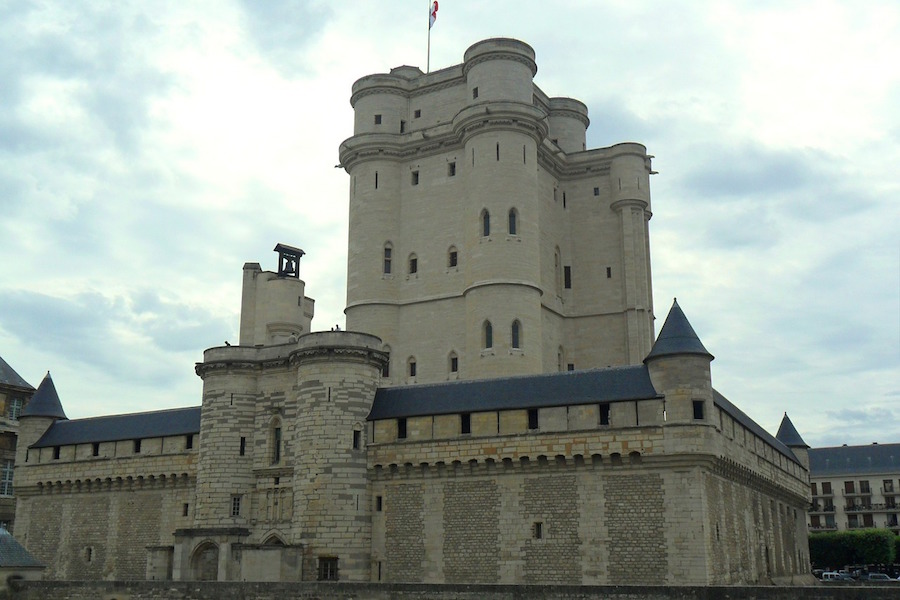 Located on the outskirts of Paris, The Château de Vincennes (Vincennes Castle) is one of the last French medieval remnants.

Erected from the 14th century then extended and fortified with the passing of the ages, only the keep and the holy chapel are today accessible for public. You also can, free, stroll on the huge courtyard and gaze at the buildings fronts still up (some of those accommodate public administration) or go around the walls built between the 14th and 19th centuries.

History of the castel

Historically, the Castle was first a place to stay for the Royal Family who appreciated its location, both far and close from Paris. They later chose it as the official royal residence, after which the keep (1369) and the Holy Chapel (1396) have been built. Those two remnants, restored in 2000, are wonderful expressions of French medieval architecture.

The castle had been afterwards left in aid of Versailles and the keep became a state jail that accommodated embarrassing personalities as Diderot, Fouquet or the Marquis de Sade which cell he has been shut up in can be visited. Then, under Napoleon regime, the Castle became a military fortified town and the fortresses had been unfortunately largely destroyed to adapt the place to its new duty. Recently (1944), pavilions and ramparts were destroyed just before the German capitulation.