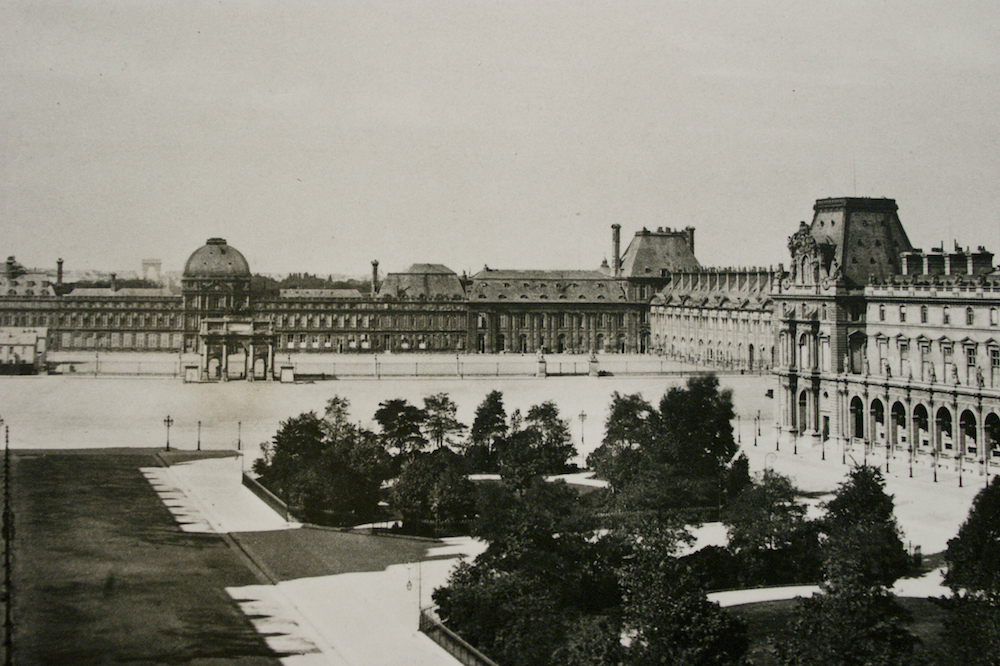 If we can find nowadays in Paris beautiful monuments dating from both medieval age and more recent times, many buildings -constructed especially for the universal exhibitions, have disappeared.

Architectural feats, original places, bridges … These monuments would undoubtedly be today part of the Parisian heritage, like the iconic Eiffel Tower, the Grand Palais or the Petit Palais. 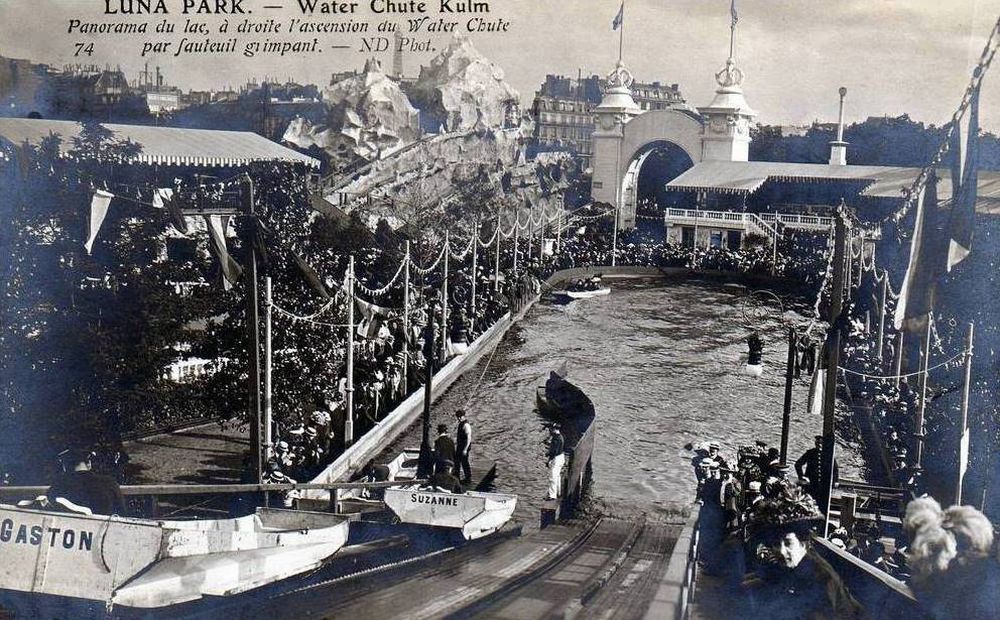 Before the “Palais des Congrès” and its huge hotel, Porte Maillot was the biggest amusement park in Paris: the Luna Park. A permanent fun-fair with fountains, wheels and roller coaster which opened its doors from 1909 to 1934. 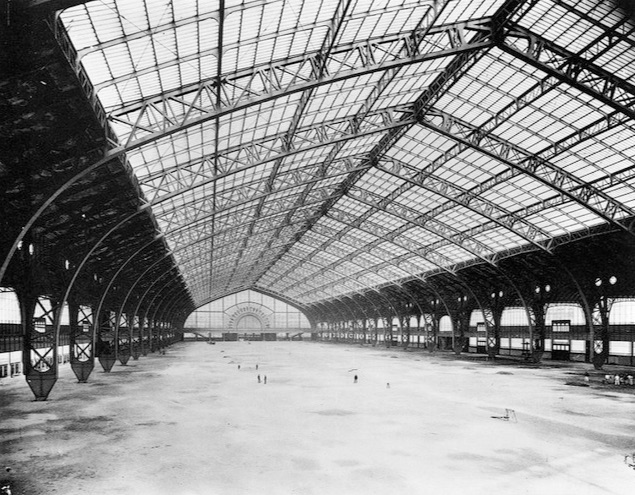 Leading monument, like the Eiffel Tower, of the 1889 world exhibition, the “Galerie des Machines” was a gigantic 115 meters wide and 420 meters long building, consisting of a single nave of glass and metal.

It will be destroyed in 1909 to release the Champ de Mars.

Many Parisians sitting on the Fountain of the Innocents – Place Joachim Square Belay nearby Les Halles – do not know they are on what has long been the oldest and largest cemetery in Paris. 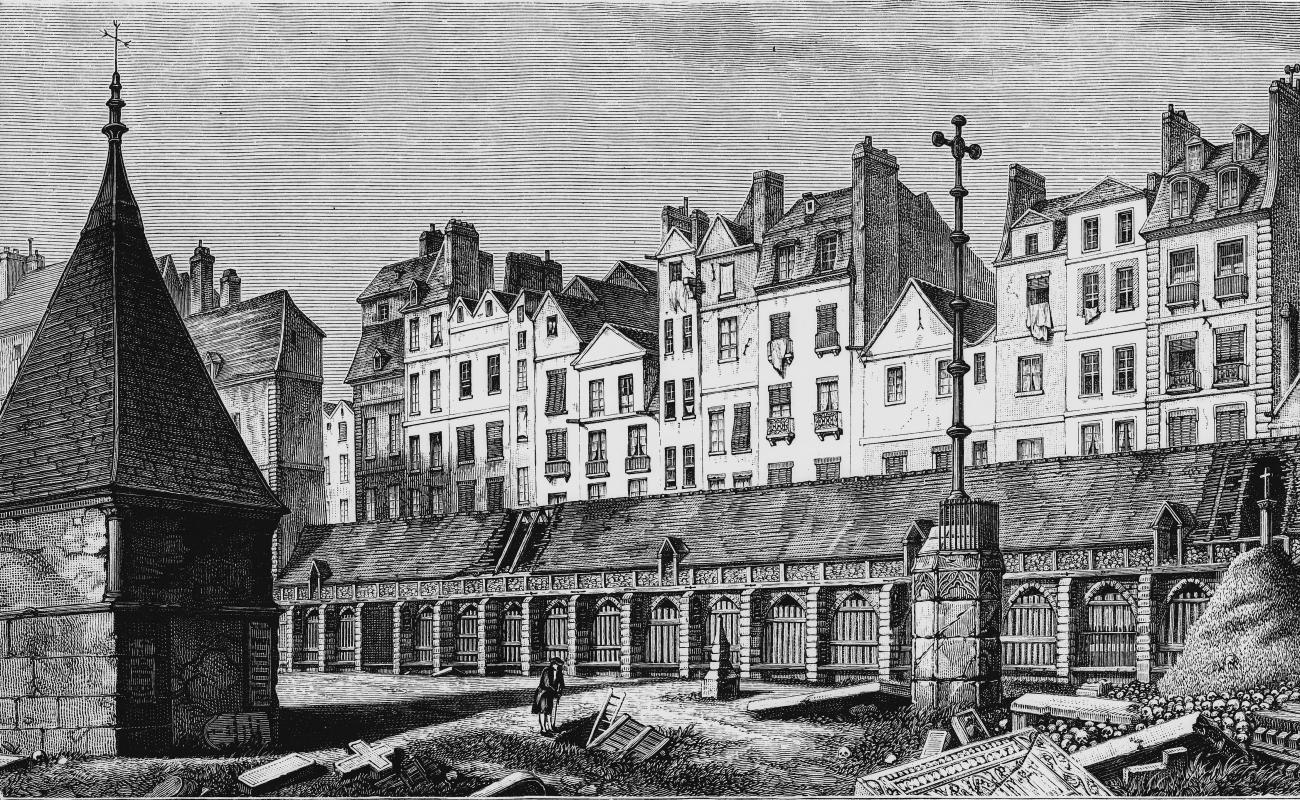 Parish cemetery built around the 12th century, the cemetery of the Innocents will be gradually turned into a mass grave surrounded by ossuaries. May 30, 1780, a cellar of rue de la Lingerie collapsed under the weight of the bodies, causing landslides and stenches throughout the neighborhood.

It will be then decided to transfer the cemetery in underground quarries (the current catacombs). Only remains today in the middle of the square the Fountain of the Innocents, from the 16th century. 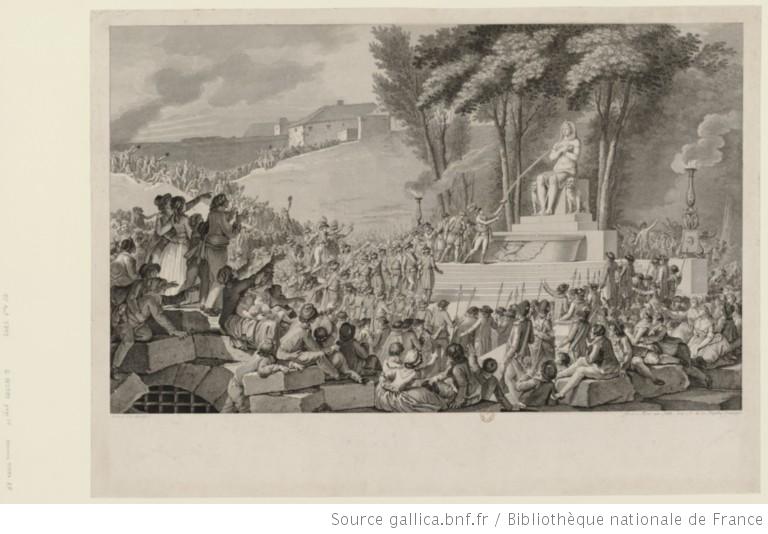 Built on the ruins of la Bastille in 1793, the statue of the Egyptian goddess Isis commemorated the day of August 10, 1792, the second main important day of the French Revolution. 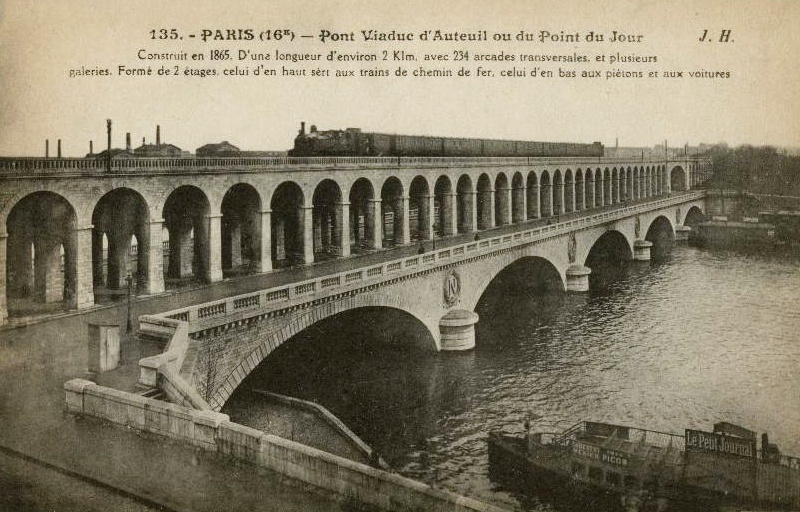 In place of the very bland Pont du Garigliano, connecting the 15th and 16th arrondissements of Paris, existed in the 19th century the Viaduc d’Auteuil, built in 1863 for the passage of the “small belt railroad“.

Abandoned for the metro, the railway will cease to exist in the early 20th century, and this beautiful bridge was destroyed in 1959 to make enthrone more accessible to cars.

At the ends of the Louvre, the Tuileries Palace was commissioned by Catherine de Medicis in 1564 on the site of an old tiles factories. Royal Residence (Henry IV to Louis XVIII) and Imperial one (Napoleon), the palace will be burned in 1871 during the Commune civil war, and the ruins demolished in 1883. 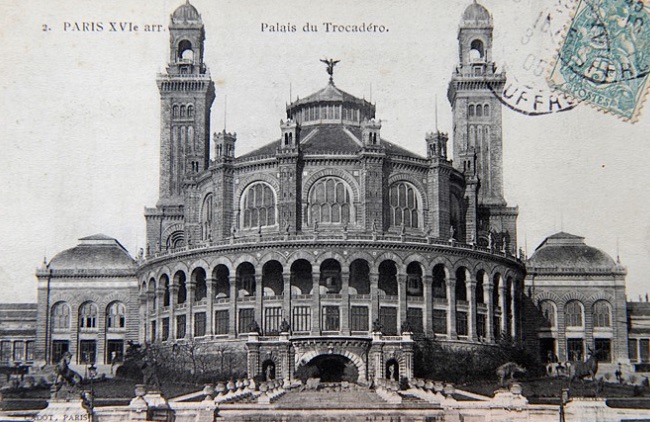 Built for the Universal Exhibition of 1878, the Moorish and Byzantine inspirations building was destroyed in 1935 to make the current Palais de Chaillot.

A monument considered too exotic and distasteful by the government and intellectuals of the time, which – it is almost certain – would be today one of the most popular in the capital.

At Bercy existed between 1662 to the mid-20th century a huge wine market, global market for wines and spirits on nearly 43 acres that was once the largest in the world. 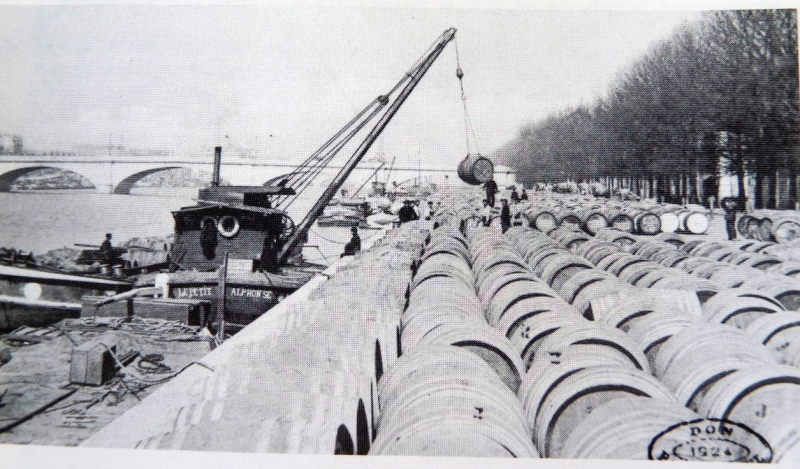 A past you can discover strolling the Bercy Park.

In front of the Machine Gallery (and well before the big wheel of the Place de la Concorde …) was in the sky of Paris the big wheel, built on for the 1900 universal Exhibition, and that was the highest in the world. 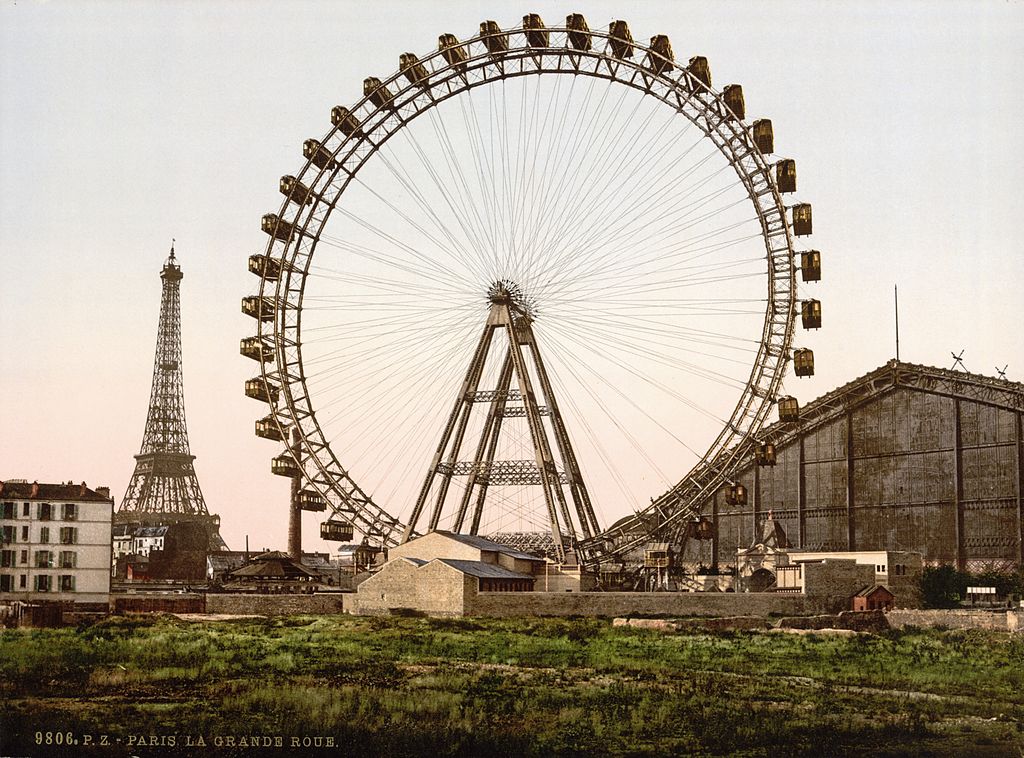 A diameter of 93 meters, 106 meters high, weighing 500 tonnes and accommodating up to 1600 passengers in railway wagons, it was the symbol of leisure at the 20th century, made possible by electricity and the arts and crafts progresses.

The “Grande Roue de Paris” will be completely destroyed in 1937.