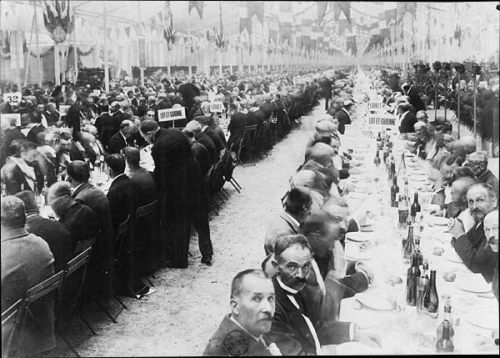 If huge banquets gathering thousands of mayors of France occurred several times, none get together, as in 1900, 22 965 people.

If you walk today in the Tuileries gardens, you will not find any remain of this gargantuan lunch, perhaps one of the great banquets of history. An eminently political event, to the glory of the Republic during the Exposition Universelle.

September 22h, 1900, anniversary of the procramation of the First Republic 108 years before, the French President Emile Loubet invited 25 000 people to participate in a banquet held at the Tuileries Gardens, while the 1900 World’s Fair is in full swing. 22 965 people will come forward

Under two gigantic tents, 7000 meters of tables were set to accommodate mayors of France, Algeria and the Colonies, placed by department. A lunch that was also to be a great symbol of political unity after the “Affaire Dreyfus” and the 1899 coup d’état.

3,000 people were employed for the service and the cuisinet. And other figures that give headache : 10 km of tablecloths, 125 000 plates, 3500 salt cellars, 700 mustard pots, 2500 liters of mayonnaise… Six bicycles were also provided to hand the orders, and a Général de Brigade had a car to get around in the aisles. 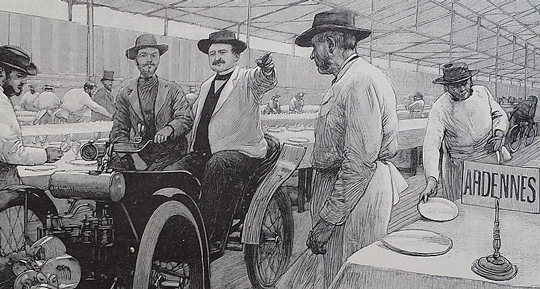 A time when the mayors had (already) good appetite … 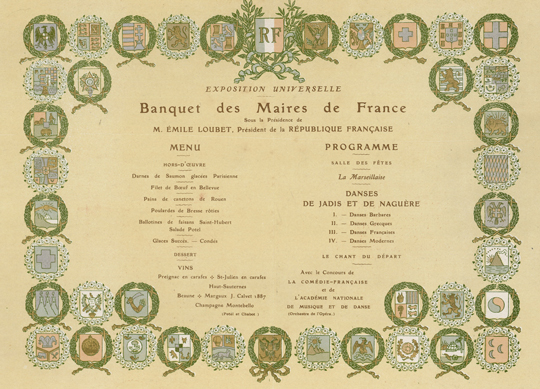 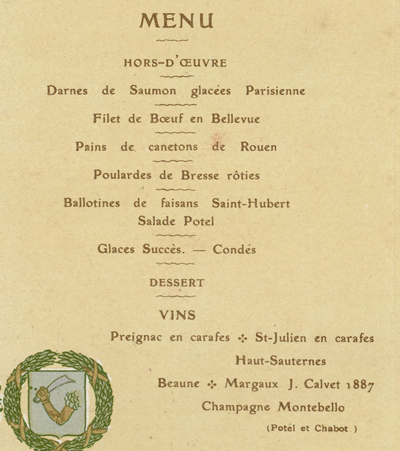 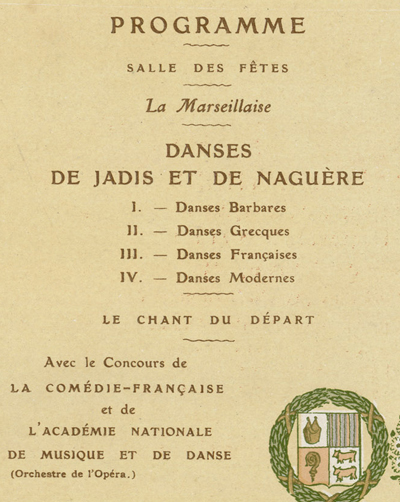 A banquet that lasted, as requested by the President of the Republic, 1 hour and 25 minutes.

September 22, 1900, more than 22,000 mayors participating in a huge banquet organized by the French President.
Continue reading