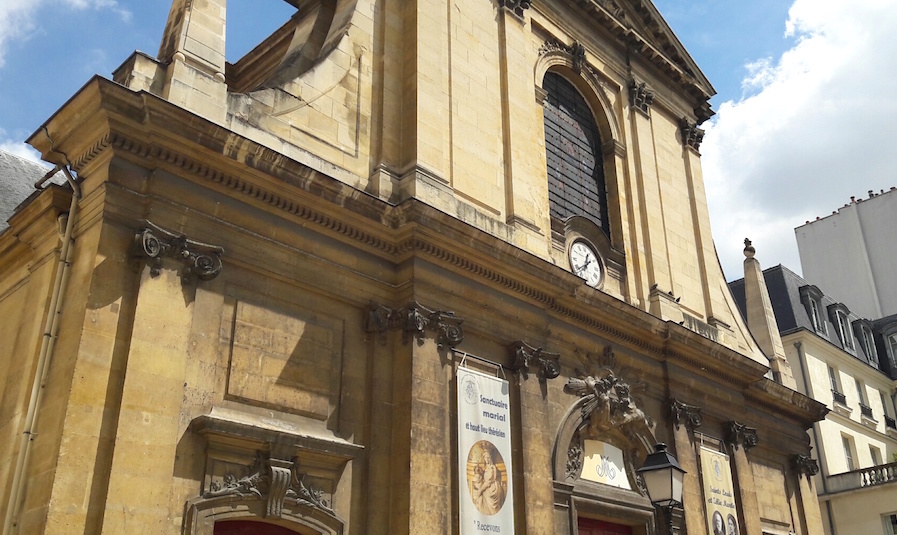 In the 2nd arrondissement of Paris, the Notre-Dame-des-Victoires Basilica is a rather discreet church. It shelters yet a extraordinary heritage. 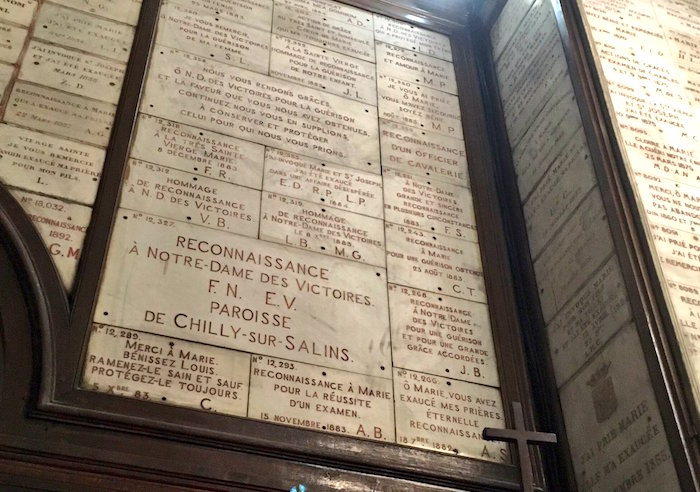 Mozart frequently came to pray in this church, and the composer Jean-Baptiste Lully, who lived at 45 rue des Petits-Champs, was buried there. You can still discover its funeral monument (it no longer contains Lully’s body). Finally, among the other remarkable elements, the choir presents seven paintings by Carl Van Loo, painter of Louis XV.

But what gives all its character and originality to this monument, become Basilica in 1927, are the 37,000 devotional plaques in thanksgiving for favors believed to have been received from the Blessed Mother.