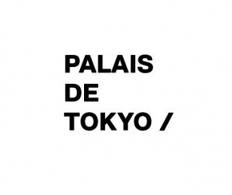 After one year of huge works, the Palais de Tokyo of Paris reopened its doors on April 12th. If we trust masses of people waiting to discover it, Paris is suddenly addict to contemporary art, or may has found the cultural centre it has been waiting for so long time. The new plan is, in any case, very ambitious.

The building is now 22 000 m² (for 7000 m² before works). Partitions and sub-ceilings have been destroyed, there’s a new glass roof and not a inch is abandoned, as it was in the past because of several plans failed. As for architecture, it didn’t really change. The inside, still restrained  and made of concrete, can be modulated according to the exhibition need. What allows adaptation without any limits for every exhibitions and works.

As before, the museum will show only temporary exhibitions, giving a chance to “non-traditional” artists. All medium are displayed and every creations can now be exhibited, the Palais de Tokyo having also a film theatre. In brief, the same museum with more means, possibilities, and ambitions.