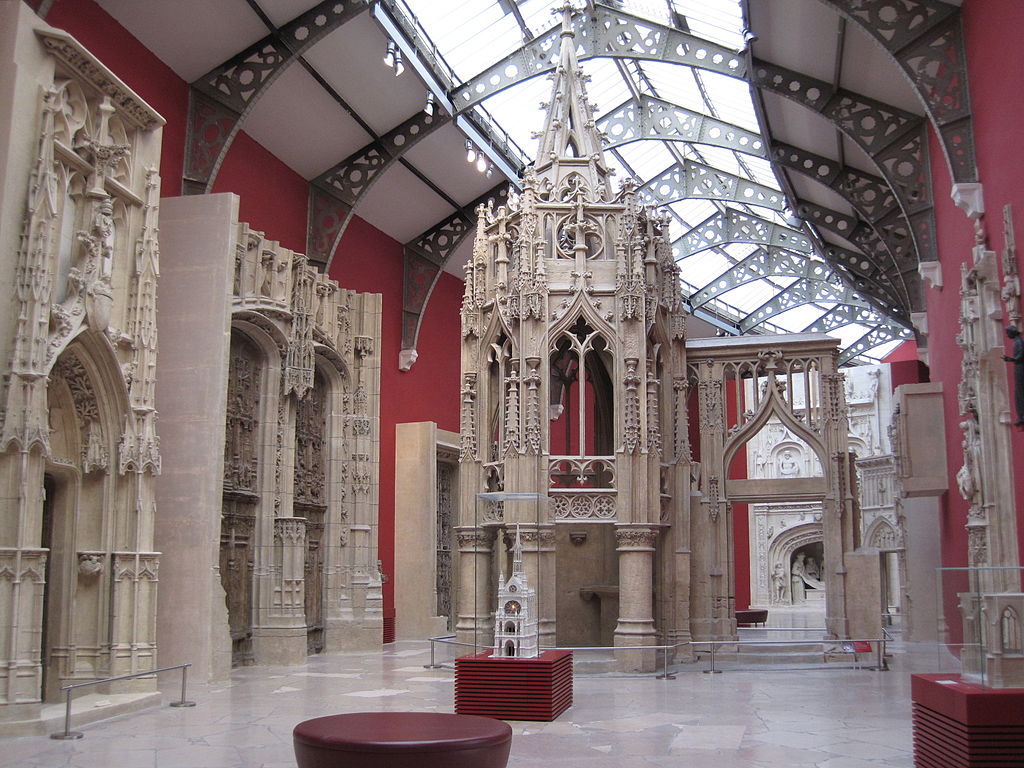 Situated on the very cultural (and touristy) Place du Trocadéro, the permanent collections of this museum (in french : Cité de l’architecture et du patrimoine) offer to discover on three floors the big trends of French architecture from the Middle Ages   (12th century) till now.

It is an audacious project that will speak to the visitor from the first gallery on. You will indeed see monumental reconstructions of entire church and of a lot of other architectural elements from religious or civil monuments.

In the gallery of murals and stained glass windows (2nd and 3rd floor), you will keep admiring to scale reconstitutions. In this gallery, the museum offers you a walk through the interior of chapels, crypts and apses to contemplate French mural art from the 12th to the 16th century.

Like on the first floor, the works are mainly religious ones. But the predominance of religious art before modern times is quite normal considering the fact that the aim of the museum is to present great architectural trends in France since the 12th century. At that time, the kings imposed their greatness (and their faith…) through majestic monuments and for that relied on the greatest architects and artist.

Besides, on the last floor, dedicated to modern and contemporary architecture, you will have a glance of the evolution of architectural preoccupations along the centuries : grandiose constructions with rich decoration have been slowly abandoned to then focus on civil buildings. This evolution took place for multiple reasons (political, social), but the most important one is the arrival of a new notion: the “urban landscape”.

Only downside: Big projects, which were seen as “revolutionary” (as constructions of apartment blocks in the suburbs for the working class) but are today considered as real failures, are not exposed.

All in all an interesting museum, where you could additionally see one of the temporary expositions, which are usually very good. And don’t forget to have a look at the fabulous panorama of Paris and the Eiffel Tower, which you can admire from all three floors…

– Museum of Modern Arts of Paris