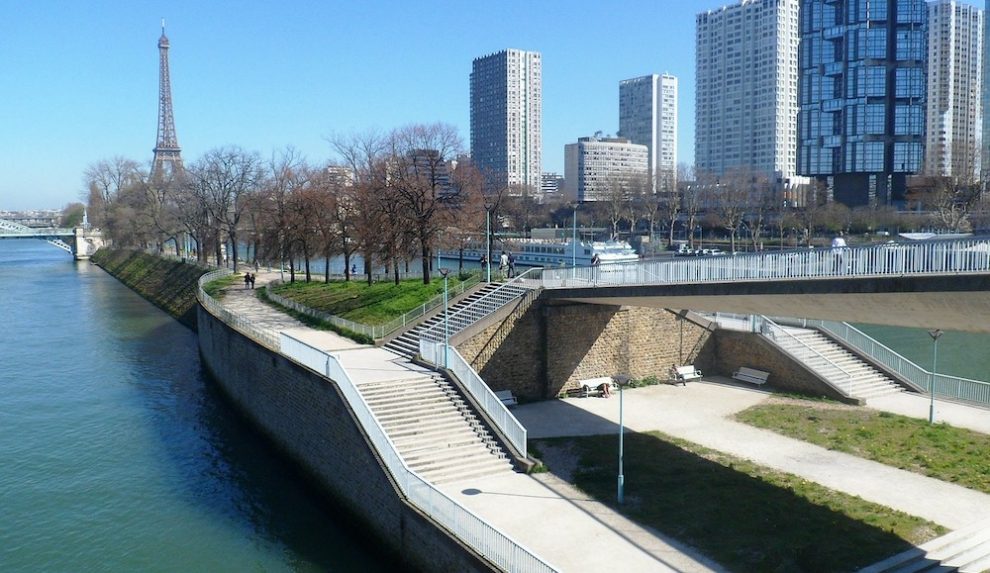 Artificial island located in the middle of the Seine – between the 15th and 16th arrondissements – in the 19th century, Île aux Cygnes (swan island) is a unique place in Paris. A narrow strip of land only 11 meters wide that offers a pleasant walk away from the bustle of the city, bordered by hundreds of trees.

Created in 1825, the Île aux Cygnes is not to be confused with the former Île des Cygnes, which no longer exists today. Also called Île Maquerelle, it was attached to Paris in 1773 to form the current Quai Branly. It bore this name in honor of the 40 swans offered by Denmark to Louis XIV, who had placed them on this island, located at the time outside the limits of the capital. 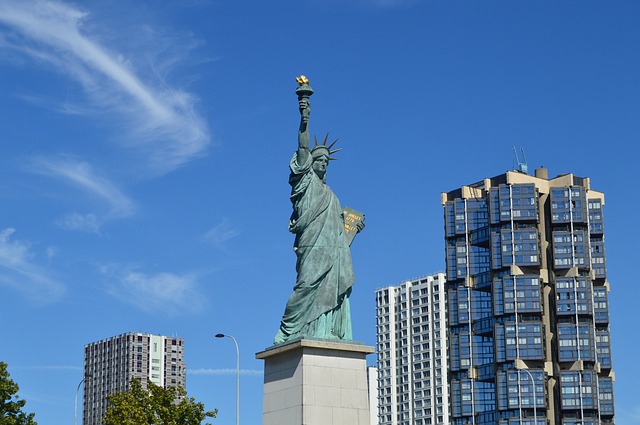 The Statue of Liberty, a copy of the original offered to Americans, is a gift made to France by the American Committee of Paris for the centenary of the French Revolution. Originally, the statue looked at the Eiffel Tower. Its position has been changed in 1937. She is now looking westward, where is her New Yorker sister.

It is an unusual project the architect André Lurçat conceived in the 20th century for the Île aux Cygnes. He imagined taking advantage of this strip of land to build an aerodrome in the heart of the capital. Named Aeroparis, it was to serve as a landing and take-off runway for small planes. 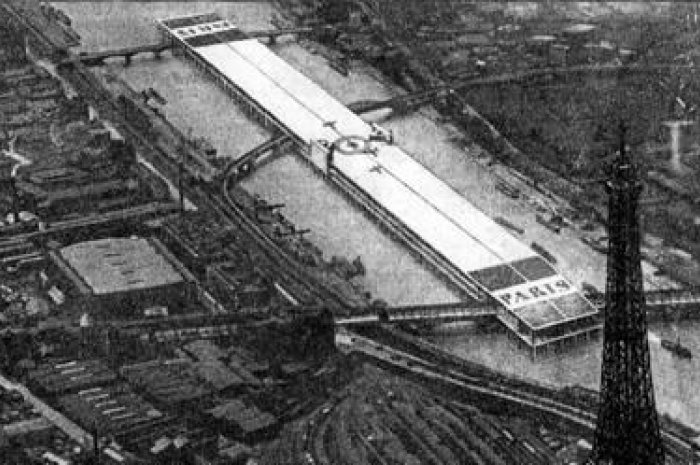 The project was quickly abandoned …

Finally, during the International Exhibition of 1937, the Île aux Cygnes was transformed into a “Center des Colonies”, where workshops and craftsmen from Morocco, Algeria, Africa and India were presented in various pavilions. 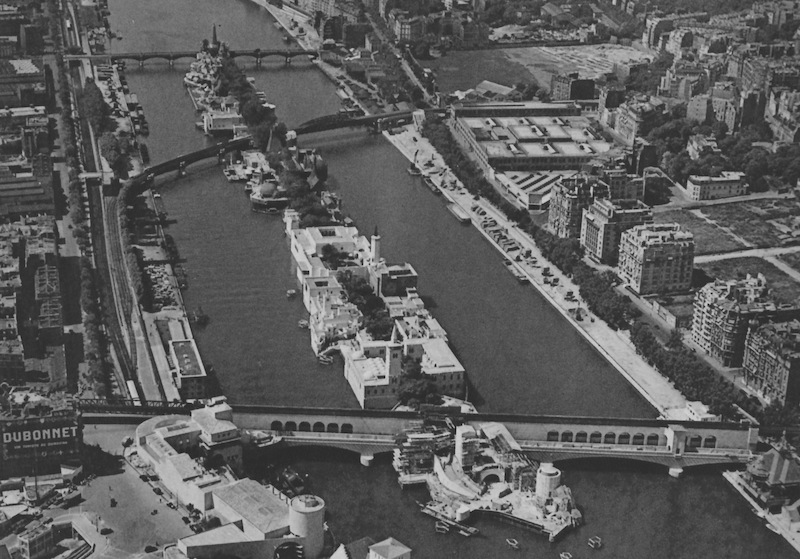 History of the Zouave of pont de l'Alma
Why blue and red are the traditional colours of Paris ?
Napoleon's statue : the long journey to the Invalides
The origin of the name Louvre
Remarkable trees of Paris
Why rue de Rennes begins by number 41 ?