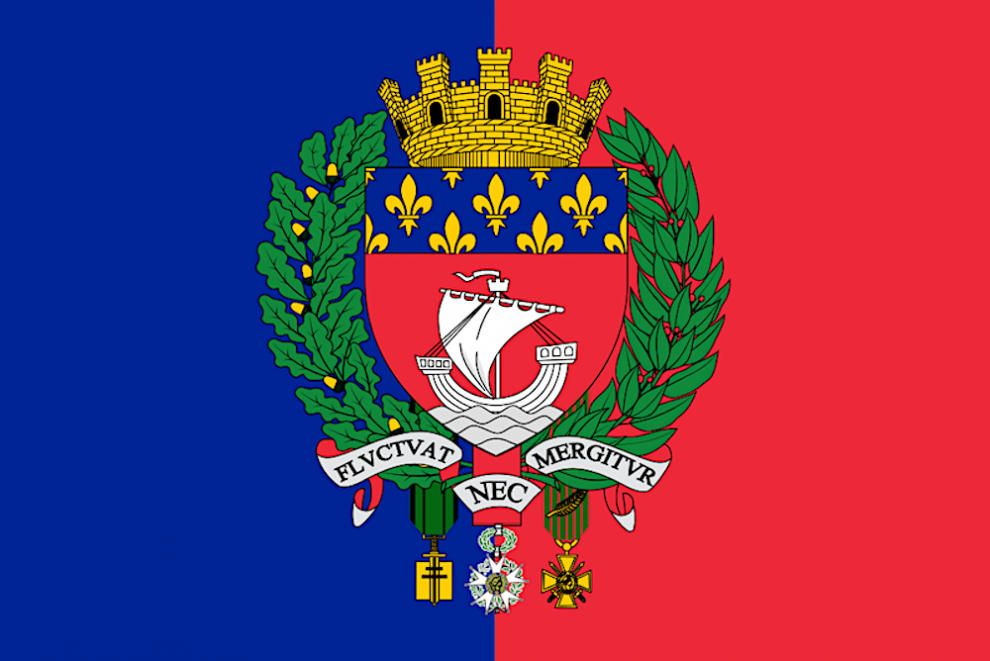 Vestige of heraldic times, the coats of arms represented a house, a family, or more generally all communities. If the floating boat sailing in the wind on the Seine is a well-known image of the Parisian flag, the meaning of the colors – blue and red – is much less so. Equally symbolic, they tell a part of Paris and its history.

The first official appearance of these colors

In 1358, in the midst of the Hundred Years War, King Jean le Bon was captured in Poitiers. His son, the future Charles V, cannot officially reign. The provost Etienne Marcel will then take advantage of this moment of wavering in the governance of the kingdom to lead a revolt against the power. His troops will be wearing a blue and red hood. It is the first time that these colors have been officially associated to Paris.

Blue, an extremely expensive pigment, was a royal color. It is also the color of the Virgin Mary, for the same pecuniary reasons. A choice which therefore had no aesthetic value in its origin, but which was, for both royal and religious power, a way to show off its wealth.

The red, meanwhile, evoked the passion of Christ and the torture of martyrs. It is the color of the shed blood that cardinals still wear today.

By recovering these symbols, the blue and the red of Paris more concretely represented two great Parisian figures : Sainte Geneviève for the blue, patron saint of Paris, who prevented the invasion of the Huns and contributed to the conversion of Clovis. Saint Denis for the red, first bishop of Paris and beheaded martyr.

During the French Revolution, these colors were recovered, but their meanings changed (or forgotten …). To symbolize the revolt, the revolutionaries wore the Phrygian cap, inspired by the one which used to cap freed slaves of the Roman Empire after their liberation.

Colors still very present today, since it is the blue and the red of Paris which were associated with the white (symbolising the monarchy) to form the national flag of France on February 15, 1794.

Flag of Paris : Why Blue and Red ? Coulours that tell a part of Paris and its history.
Continue reading