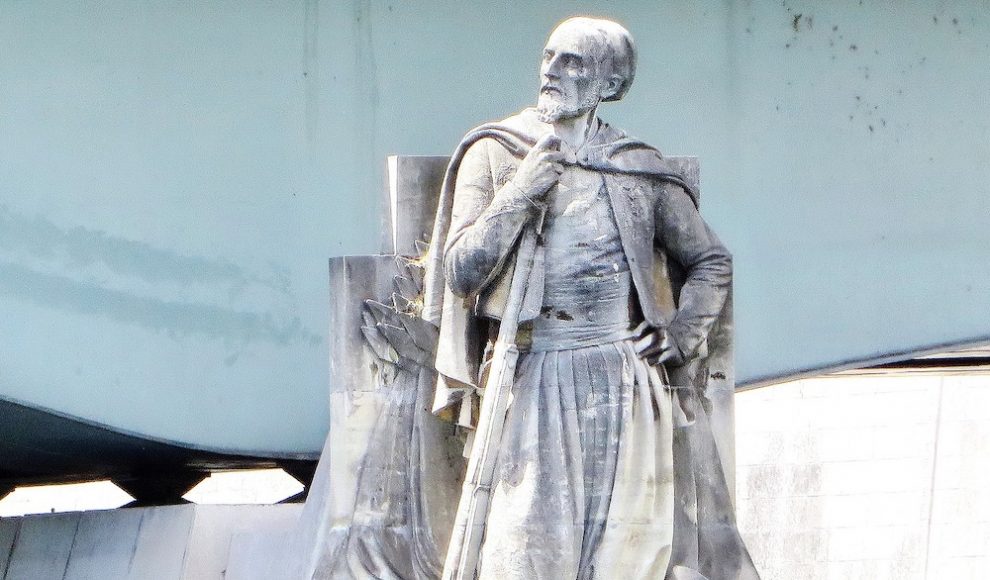 Famous figure at his expense, the Zouave du pont de l’Alma owes his fame to the flood of 1910, when his cops became the measurement scale for a historic flood. A random ? Not so much, when you know that this Zouave then had a very good reputation with Parisians …

Infantry unit of Algerian origin created following the first colonial wars in 1830, the Zouaves were in the service of the Turks before joining the French after the capture of Algiers. Composed exclusively of Europeans from 1842, it has always been recognizable by its singular uniform, made of baggy pants, white gaiters, a long belt of 3 meters, a short jacket, a headgear decorated with an acorn and a turban. A garment that did not go unnoticed!

In addition to the uniform, it was the valiant character of these soldiers which was deeply rooted in the memory of the French, them who were particularly illustrated during the Battle of Crimea by seizing Russian artillery on the banks of the river. the Alma to turn them against the enemy. A symbol of victory that Napoleon III wished to honor upon his return to Paris by building a bridge.

The Zouave, the work of Georges Diebolt, was originally accompanied by three camardos: a grenadier, a hunter on foot and an artilleryman.

During the 1910 floods, the Zouave became a popular measuring instrument, which Parisians came to scrutinize every day to follow the development of the flood. Like a metaphor for their destiny … 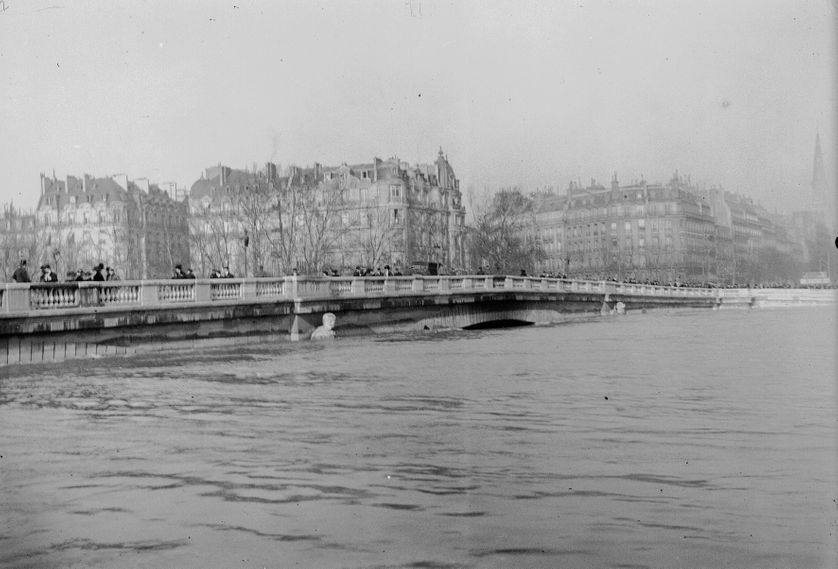 But in 1970, a settlement of the ground forced the replacement of the bridge. Once the new bridge was built, only the Zouave was replaced, its three acolytes having been dispersed in several French cities. It would indeed have been unthinkable for Parisians to lose their unit of measurement! Even today, the Zouave remains the popular standard metro for the whims of the Seine. Without scientific value, since the official measurement points are on the Pont d’Austerlitz or the Pont de la Tournelle. But whatever. It is when the Zouave has his feet drowned that Paris is alert.

The Alma Bridge has also been known worldwide since August 1997, the date of the Princess Diana accident. It serves on the left bank the Quai Branly museum.

Why blue and red are the traditional colours of Paris ?
The extraordinary journey of the Obelisk of the Concorde
The rue de la Colombe tale
Histoire de sainte Geneviève, patronne de Paris
The rough history of Notre-Dame bridge
Follow the Seine's course from the right bank