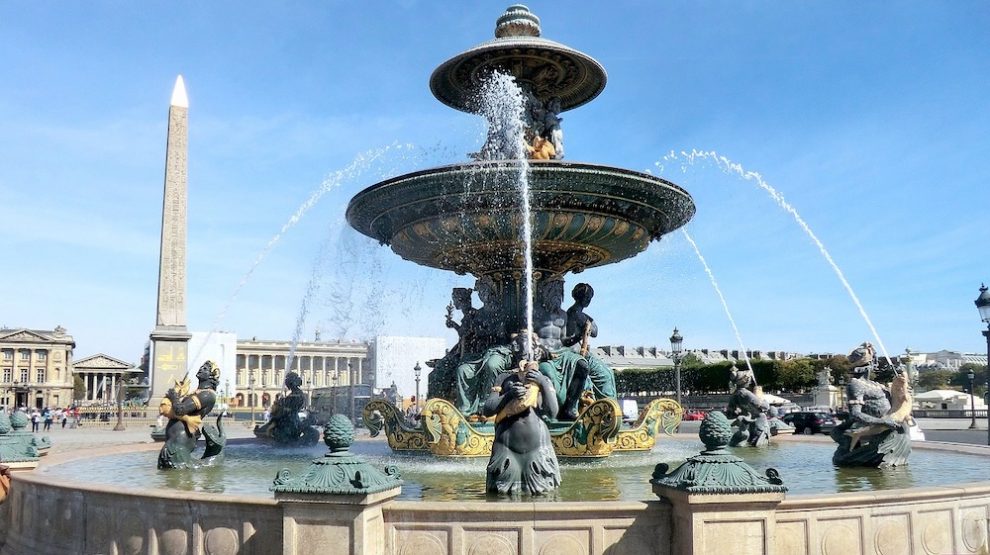 It is impossible to imagine today the Place de la Concorde without its obelisk. A remarkable monument, fruit of a fascinating history and a fantastic journey to Paris!

Place de la Concorde, originally, was not intended to welcome this sumptuous obelisk. Built in the 18th century, this royal square paid tribute to Louis XV. The French Revolution replaced the statue of the king by the guillotine, and Louis XVI, Marie Antoinette, Charlotte Corday, Danton, Robespierre, and many others were executed there.

In 1829, the Viceroy of Egypt, Mehemet Ali, offered to France the two obelisks that Ramses II had raised in the 13th century BC at the front of the temple of the god Amon, Luxor. Champollion, first decipherer of Egyptian hieroglyphs and curator of Egyptian collections at the Louvre Museum, was the mediator between the two countries. 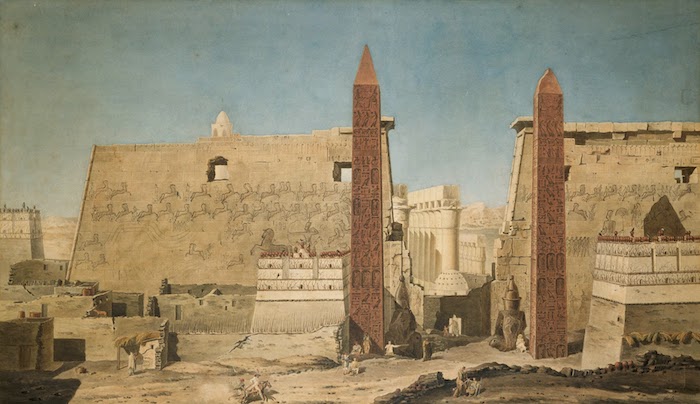 Faced with multiple constraints, it is decided to bring back at first only one of the two obelisks offered, the one located to the right of the entrance (looking at the temple). To transport this colossus of 230 tons, a boat was specially designed, thought to be able to navigate the Atlantic and the Mediterranean, go up the Seine and the Nile, and pass under the bridges of Paris. A journey that lasted seven long years!

Arrived at Luxor on August 14, 1831, the first difficulties appear. After packing and felling the monolith, he had to be dragged for 400 meters to join the Nile. Ready in December, the crew had to wait until August 1832, and the flood of the river, to leave. Arrived at Toulon in the night of May 10th to 11th, 1833, the obelisk reached Paris on December 23rd of the same year.

But the story does not end there !

Once there, a new problem appears: a group carved on the base of the obelisk represents baboons who get up and raise their legs, revealing their sexes. An exhibition that shocks the prudishness of the time. The base is sent to the Louvre (still visible today) and a new block of granite is ordered in Brest. A trip that delays, once again, the installation of the monument… 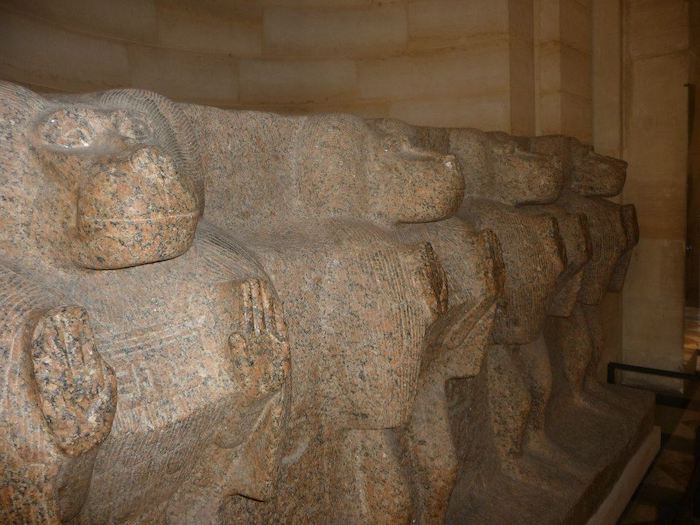 The inauguration finally took place on October 25, 1836. 200.000 people are present place de la Concorde to attend the show. Champollion died in 1832. He will never have the chance to see the completion of his work. At 11:30 the lifting work begins, thanks to a counterweight system developed by the engineer Apollinaire Lebas. While 350 gunners operate the lift with the strength of their arms, the engineer remains voluntarily under the obelisk. He could not be left alive a fault in his system. Question of honor. 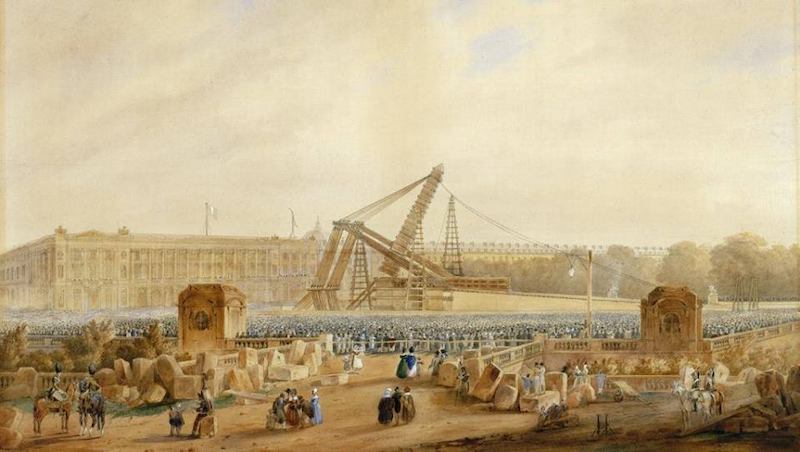 A few hours later, the long mass comes to a standstill. The royal family, gathered on the balcony of the Hotel de la Marine, applauds, followed by the crowd. At the end of a journey of 9000 kilometers, which lasted no less than 7 years, the obelisk of Luxor becomes the obelisk of the Concorde!

To thank Egypt, Louis-Philippe offered in 1845 a clock that now adorns the citadel of Cairo. Which, according to the Cairotes, has never worked properly! As for the second obelisk, he has never been repatriated to France, officially returned to Egypt by President François Mitterrand on September 26, 1981.

The fabulous story of the Luxor Obelisk, also called the Concorde