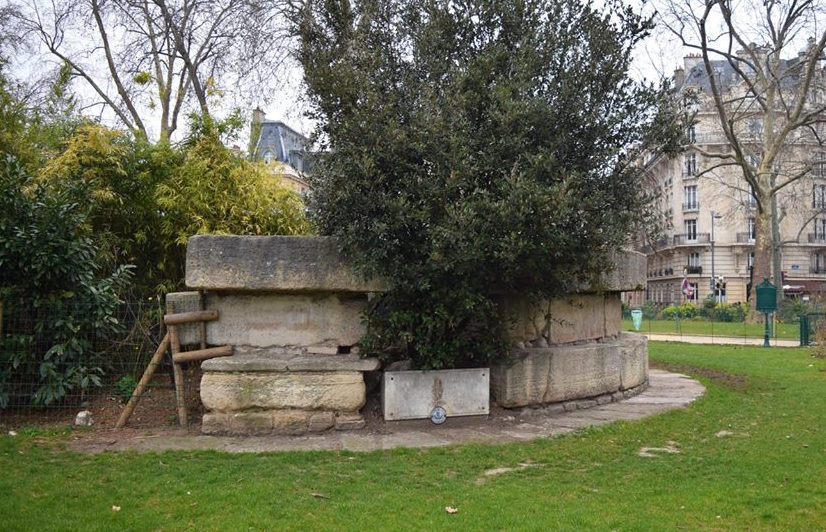 In the 4th arrondissement, square Henri Galli is a small neighborhood garden with ordinary appearances. Only in appearance … It is here that you can see one of the last remaining traces of the old fortress of the Bastille, completely destroyed during the French Revolution.

After taking the Bastille (July 14, 1789), the fortress was completely dismantled (in just 21 months), and its stones scattered throughout France, sold especially as … souvenirs. Some also served for the construction of the Pont de la Concorde. It was thought then that there was no longer any trace of the famous prison.

Until the construction of the Paris metro, in 1899, made reappear the foundations of the tower of freedom, one of the 8 towers that surrounded the fortress. It was moved, then rebuilt stone by stone to its present location, visible today in the square Henri Galli. 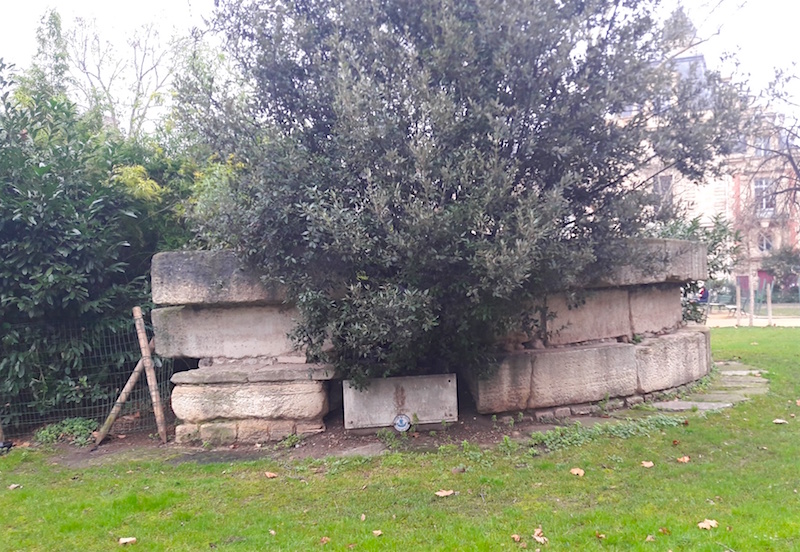 The other traces of the Bastille visible in Paris are : a piece of the wall you can see on the platform of metro La Bastille, line 5 direction Bobigny, or the paving stones of the square marking out the original position of the towers.

Scars of Paris Commune
The last vestige of the guillotine in Paris
Lenin's anonymous (and loving) stay in the 14th arrondissement
The Sanson family, hangman from father to son
Walking Tour French Revolution around Tuileries Gardens
The Picpus cemetery, one of the most secret in Paris
Last meter standards in Paris