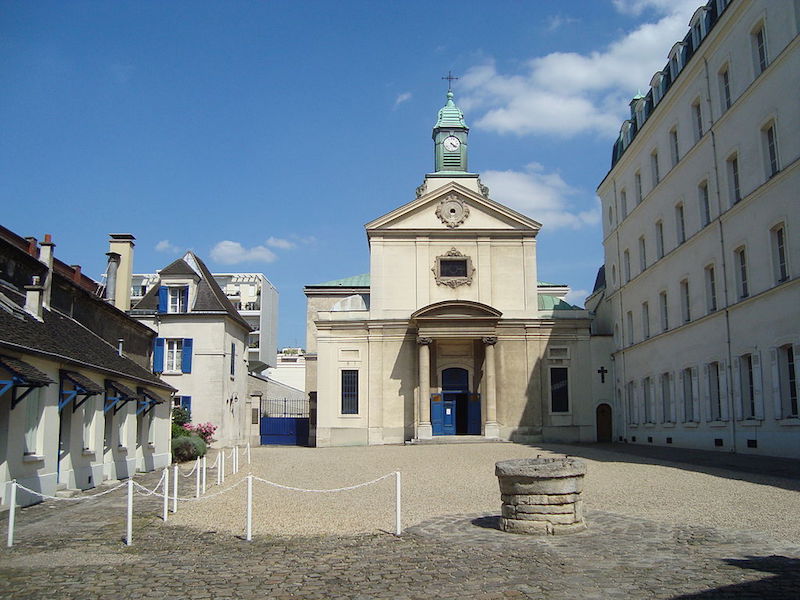 At 35, rue de Picpus (12th arrondissement), hidden behind a simple wall is one of the most secret cemeteries of Paris. A cemetery that welcomes many fewer visitors than the Pere Lachaise cemetery or the Montmartre, which nevertheless has a great history, closely linked to the French revolution.

To bury the bodies pile up, an area located in the nearby village of Findus is purchased, converted into common grave for the 1306 people guillotined during this month macabre …

In 1796, the German princess Amelie de Salm-Kyrbourg, whose brother and German were guillotined instead throne-Reverse, bought the land and a society of families of beheaded was based from 1800 to perpetuate the memory the missing. The Picpus cemetery was born.

Cemetery known primarily to house the tomb of the Marquis de Lafayette, whose wife, Adrienne de Noailles, was a founder of the company that created the cemetery. A necropolis is now one of the few cemeteries of Paris (paid, see relevant information), a place of revolutionary memory hidden garden of Paris!

These unsung heroes who carry the name of a street in Paris
The secrets of Père-Lachaise Cemetery
Good Luck statues in Paris
Before/After : evolution of Paris since the 19h century
7 bizarre stories about Paris monuments
10 disappeared places and monuments in Paris
Unusual churches in Paris