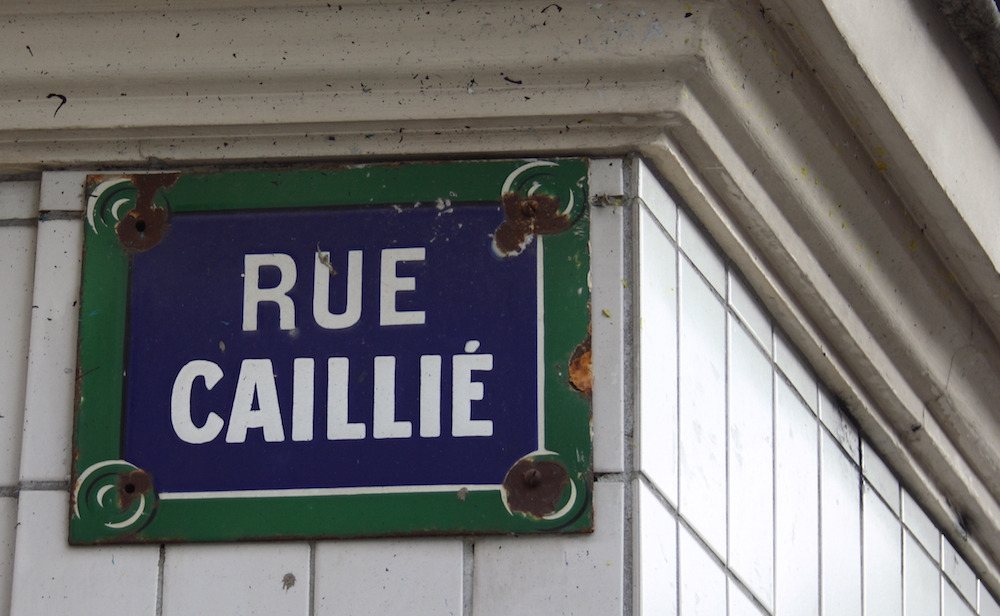 With more than 5,000 streets, avenues and boulevards, Paris offers through its various street names the opportunity to (re)visit the history of France. But among all these names are also some unknown heroes, whom the city pays tribute to.

And even if not a Parisian is able to recite their exploits, the city celebrates their memory!

Behind what could pass for a beautiful female name is in fact the story of a man, Auguste-Henri Colette, 25 years old, factor of the Company of Western Railway.

In 1893, while a train was going to the Auteuil Station, an old man tried to cross the road. Collette rushed to hold him and, victim of his devotion, had the body taken under the locomotive wheels.

April 15, 1875, Joseph Eustache Croce-Spinelli, flew from the Villette gas usina with two other passengers to make observations in the atmosphere. But after 3 hours of travel, he died asphyxiated after passing the 8000 meters. Only one of the travelers, Gaston Tissandier, survived. Heroic ascent that gave to science important observations in the upper atmosphere.

Since 1904, this pretty little street in the 9th arrondissement is named after Charles Gaston Bailly (1871-1901), policeman of the river brigade, drowned while trying to rescue a woman who jumped into the Seine from the Pont Marie.

April 20, 1828, René Caillé was the first Westerner to enter alone and without financial support the doors of Timbuktu, city forbidden to Christians, but especially the first to come out alive! The explorer died in 1838 as the result of an illness contracted during his explorations.

Collette, l'inspecteur-Allés, Joseph Eustache Crocé-Spinelli... If not a Parisian is able to recite the exploits of these unknown heroes, Paris celebrates their memory !
Continue reading