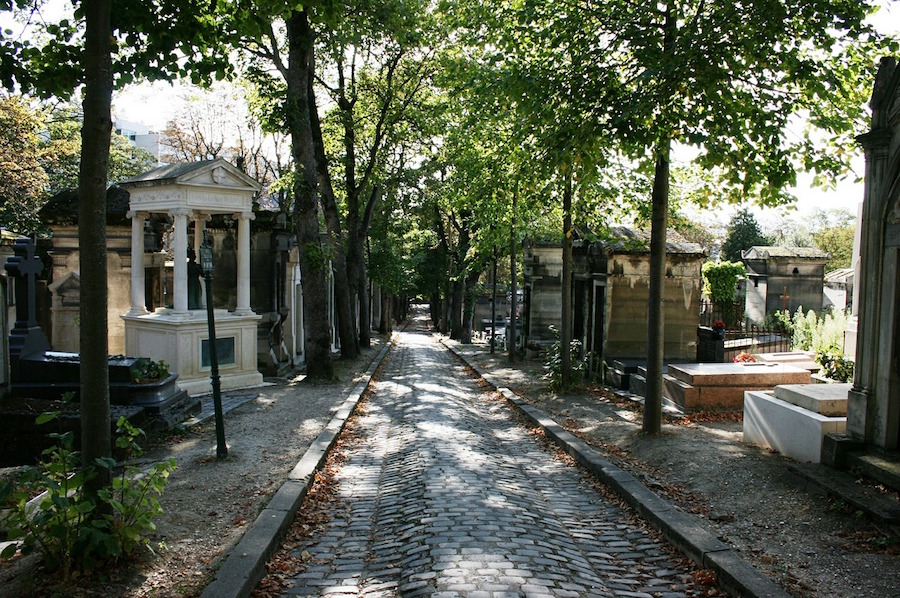 It is probably the most famous cemetery in Paris, and even in the whole world. And you will understand why when you visit it. Although Paris has a lot of attractive cemeteries (Montparnasse, Montmartre, Batignolles), this one is the most amazing one for many reasons.

First of all because it houses a quite astonishing number of worldwide celebrities it would be vain to list here. But also because you will discover, during your walk through the paved alleys, many plant species (in particular more than 5000 different types of trees), what you probably wouldn’t expect to see in a cemetery. Cherry trees, maple, chestnut, willow trees… There are more than 5000 different species spread over an area of ​​44 hectares, which makes the place the biggest green space in Paris. 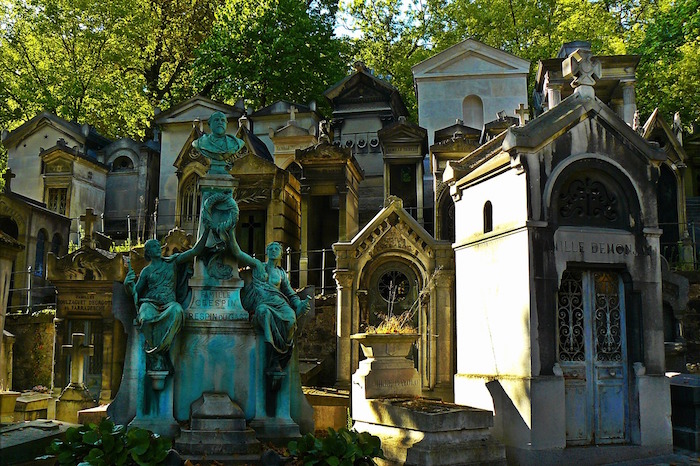 A LITTLE BIT OF HISTORY

This hill, originally a Jesuit property outside Paris, was a vast site for rest and convalescence for this religious order, which was rich and powerful back then. Amongst the Jesuits residing there was a very important man, Père de la Chaise, who was father confessor of King Louis XIV for 34 years.

At the end of the 18th century, the city of Paris, who wanted to establish its cemeteries far from the centre of the capital, bought this land. For sanitary reasons, the cemeteries inside the city walls, as the Innocents (today Place des Innocents – the bones that have been collected there have been transferred to the catacombs, which you can visit) were destroyed, and new necropolises built on the outskirts of the city.

Inaugurated on May 1st 1804, the 17 hectares big cemetery was conceived by the architect Alexandre Brongniart (who also made the Paris Bourse). In the beginning, the cemetery wasn’t very popular, as most people didn’t want to bury their loved ones too far away from Paris. But smart as they were, the persons in charge back then decided in 1817 to move two very popular persons to the cemetery to make it more attractive: Molière and Jean de la Fontaine (respectively passed away in 1673 and 1695). Marketing was born! This intervention made the cemetery grow from 2000 tombs in 1815 to… 33 000 in 1830 (and over 70 000 today)!

Other innovation: when cemeteries were originally only for their believers, the new Père-Lachaise Cemetery was for everyone, of all religious denominations. Quite a revolution for that time.

For further information on the celebrities buried in this cemetery, please see our map with the major spots of the place.

And don’t forget that, although this site is mainly visited for the personalities buried here, and that by more than a million people every year, the real pleasure of a visit is actually to get lost in the hundreds of alleyways. You will discover numerous sepulchres of eminent people of the 19th century who are today completely unknown, but whose magnificent tombs are a witness to the “funeral art” of that time. 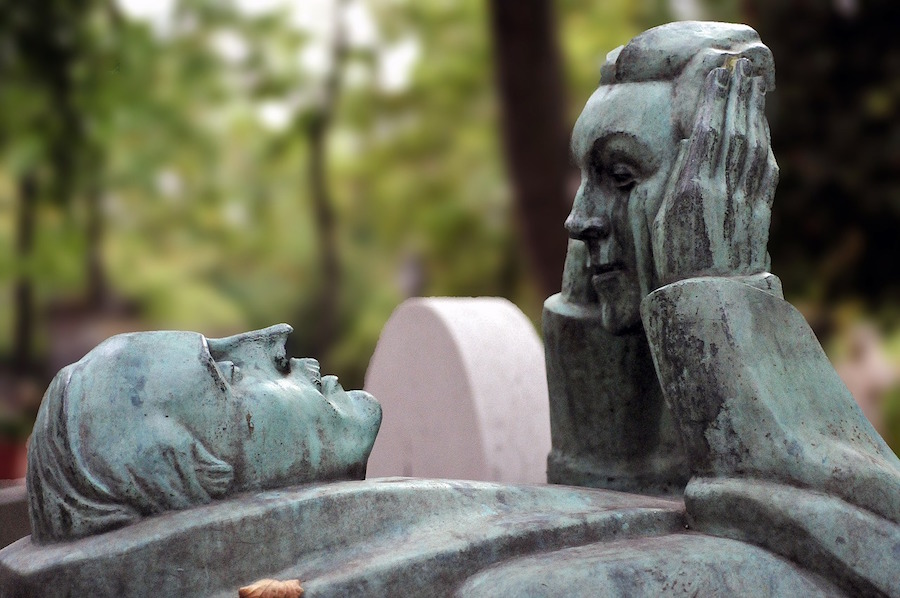 What to visit and what not to be missed :

At least, do not forget to cross the cemetery in its entirely. You will notice then that the style and the atmosphere of the Norh part (métro Gambetta), built during the extension, is very different from the south part (Métro Père-Lachaise), the original one.
Enjoy your visit !
FacebookTwitterLinkedInWhatsApp