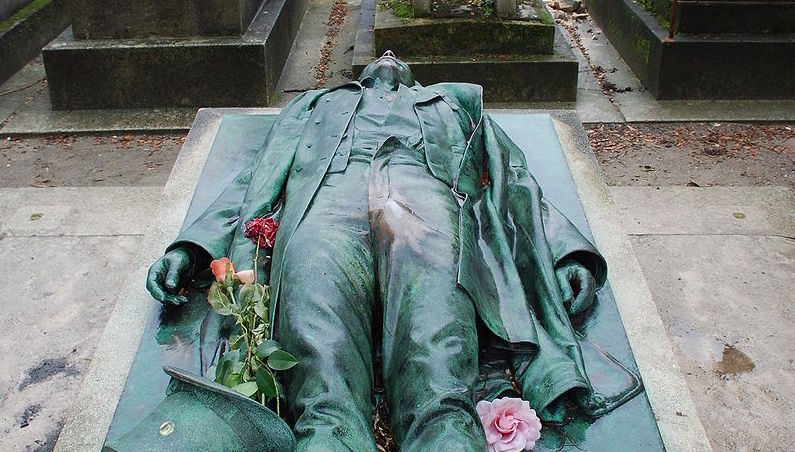 Some statues have magical properties, consequences of superstitions, traditions and legends. In Paris, two statues are object of cult, touched by passersby seeking luck or happiness. One famous philosopher will lead you to the success of your studies, the other, journalist, will offer fertility and virility. 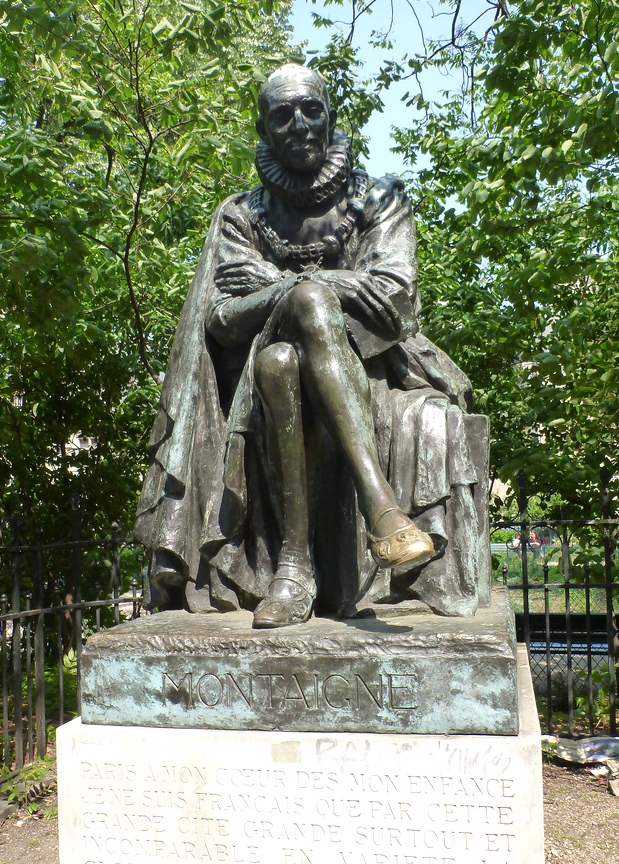 Sitting in front of the entrance of La Sorbonne (5th district), close to the Middle Ages Museum, Michel de Montaigne throne since 1933 in the small square-Paul Painlevé. Before each exam, students of the Sorbonne used to touch the shoe of the French philosopher, claiming “Hi, Montaigne”. A habit that turned into a tradition, then belief. Montaigne’s shoe is now said to bring success and  luck to students.

Originally made of white marble, the statue was degraded because of this tradition. It has been therefore decided in 1989 to replace it, but the right foot is still one of the most stroked in Paris. That’s why the color of the sho is yellow and not black anymore !

Victor Noir (1848-1870), was a journalist Yvan Salmon, whose tomb in Père-Lachaise is one of the most visited monuments of the cemetery. 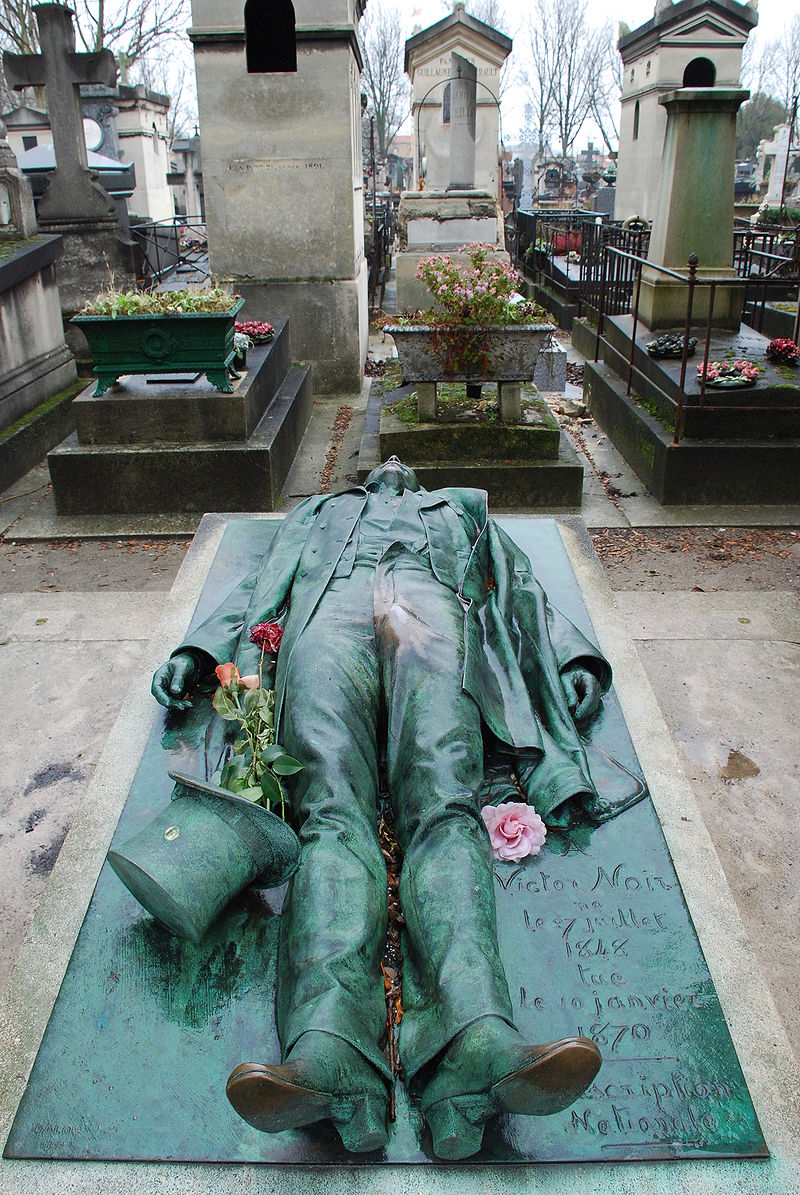 Opposition journalist Victor Noir was killed by a gunshot on January 10, 1870 during an altercation with Pierre Bonaparte, cousin of Napoleon III. First buried in the cemetery of Neuilly, this symbol of repression and struggle for freedom will be moved in 1891 to Père-Lachaise, and the achievement of the recumbent will be made by the Republican artist Jules Dalou.

Lying in a very realistic bronze, where Victor Noir appears as he was said to be found after the shooting, including a semi-erection in tight pants… A legend says that the sex gives fertility and virility to people who touch it.