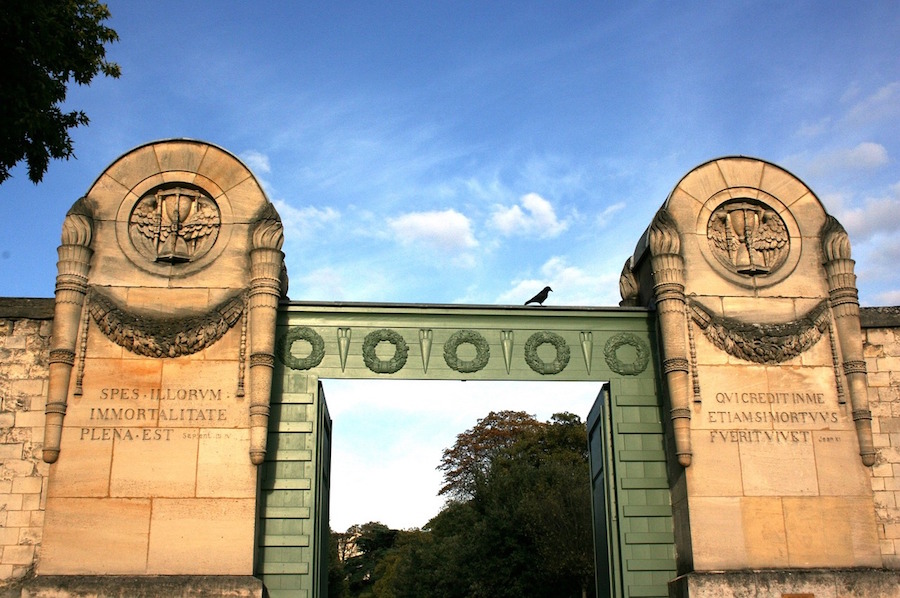 If the Père-Lachaise is one of the most famous cemeteries in Europe, if not the world, thanks to atypical strolls it offers to the discovery of historical figures. But this fame is also due to the legends whose cemetery is full, and secrets jealously guarded by the anonymous graves or famous people. Secrets we reveal you to enjoy the unusual treasures hidden near the Père-Lachaise! 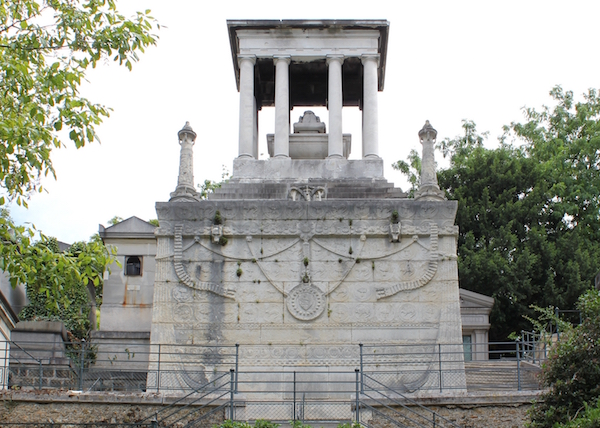 Russian aristocrat died April 8, 1818 in Paris, Elisabeth Alexandrovna Stroganoff-based Dominoff in a sumptuous mausoleum in the 19th Division of the cemetery. Legend has it that in the presence of a notary, the Countess would have stipulated in her will that she would bequeath a portion of his fortune (several million rubles in gold) which happen to 365 days and 366 nights at her coffin.

Some have tried it, and become mad after a few days. The cemetery still today receives application letters, which management has systematically refused.

Molière and Jean de la Fontaine lie side by side in the division 25. But great mystery, no one really knows who is under the headstones!

On the death of Molière, the parish priest of Saint-Eustache refused to conduct his religious burial. But at the request of Louis XIV, the Archbishop of Paris authorized to be given a burial in the cemetery of St. Joseph, on the sole condition that there is no ceremony and the body to be transported at night. Then, in 1792, the revolutionary government decided to recover the remains of Molière, to place them in the Museum of French Monuments. Finally, in 1817, bones were recovered to be placed at Pere Lachaise. The only problem with all these moves, and the initial mysterious actor funeral, no one can really prove that his remains really lie at Pere Lachaise!

Quant à Jean de La Fontaine, disparu en 1695, son histoire est encore plus loufoque. Si un registre stipule qu’il fut inhumé dans l’ancien cimetière des Innocents, Abbe Olivet, in his History of the French Academy, induced him everyone wrong by writing that the fabulist was buried “in the place where Molière had been 22 years before,” that is ie in the St. Joseph cemetery. Because of this error, the revolutionary government in 1792 sought the remains of La Fontaine … next to those of Molière. We do not know who was placed under the stele of Pere Lachaise, now a cenotaph, that is to say a tomb without a body.

But then where actually is located La Fontaine? Presumably based Catacombs, including all the bones were transferred during the final closure of the Cemetery of the Innocents.

His real name Hippolyte Léon Denizard, Allan Kardec is the founder of the spiritualist philosophy. Fallen (just …) into oblivion in France, it is still a real star in Latin America, particularly in Brazil. Encoded in the spirit doctrine, Hippolyte renamed after learning at a turntable session it had been a Gallic druid who bore the name of Allan Kardec in the time of Julius Caesar. 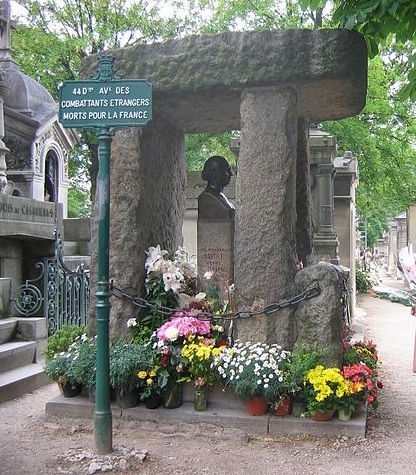 Death (or disembodied, as spiritualists would say …) in 1869, his tomb shaped dolmen is one of the most flowery cemetery. Why ? Because Allan Kardec would have said: “. After my death, you come see me, put his hand on the neck of the statue that will top my grave, and then doing a vow If you answered, return with Flowers” .

A persistent legend, as thousands of people continue each year to fill the grave with flowers!

This is one of the most famous tombs, and most visited, Père-Lachaise. What is less known is that, if the body of the composer is well in Paris, his heart, he is in Warsaw, in the pillar of the Church of the Holy Cross. 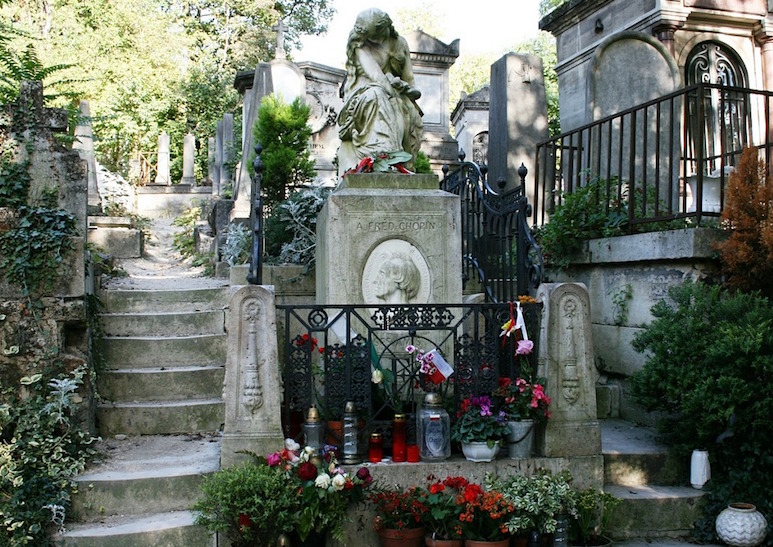 Indeed, the famous musician was so afraid of being buried alive that he had demanded to retire his heart after his death. While his body is indeed in Pere Lachaise, his heart, he is based in Cognac for more than 160 years in the Holy Cross Church in Warsaw.

The Medici column, the most unknown remnant in Paris
Parc Monceau, a garden rich in curiosities
5 reasons to visit the 16th arrondissement
6 romantics things to do in Paris
Montparnasse Cemetery