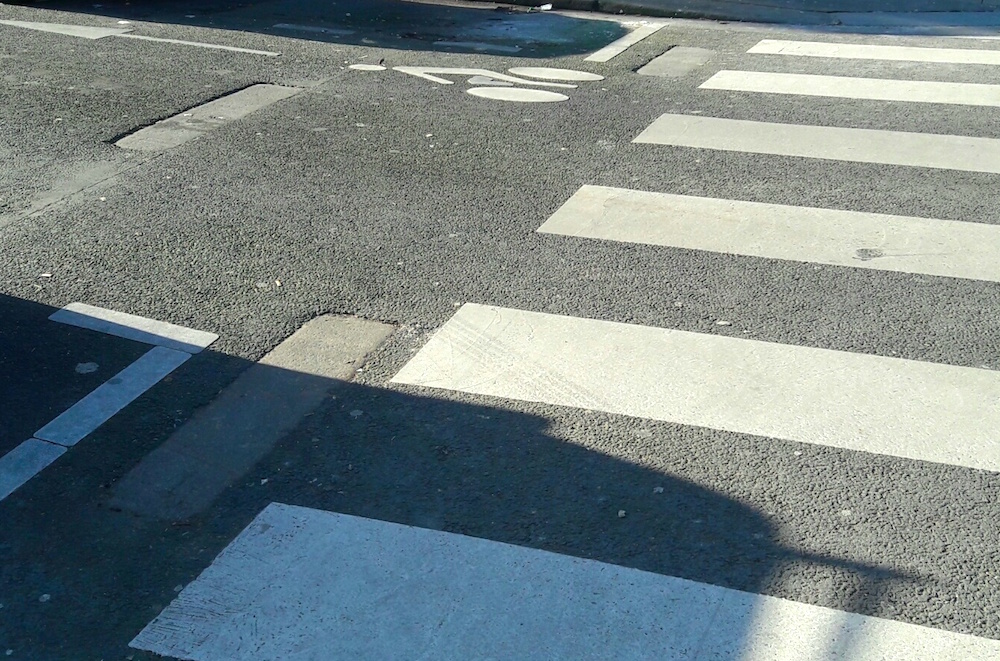 Inaugurated in 1792 in the Place de Greve (now Place de l’Hotel de Ville), the guillotine then traveled in Paris. Place de la Concorde, Place de la Nation, Cour du Louvre… But customs changed with time and, in the middle of the 19th century, executions took place directly at the entrance of the prisons.

At the corner of Rue de la Croix-Faubin and Rue de la Roquette, in the 11th arrondissement, was the Grande Roquette prison, where were confined the condemned to death. In 1851, the guillotine was transported at the entrance of this prison. Five flat slabs were put up on the ground to receive the feet of the guillotine (the street was at the time paved).

Slabs whose location is still visible today. Between 1851 and 1899, two hundred persons were executed here.

If nothing remains of the Great Roquette, demolished in 1900, there is still a vestige of the Petite Roquette, which faced it. The Petite Roquette was first a prison for minor children, then for women. It has been destroyed in 1974.

At the entrance to the Square de la Roquette, you can see the porch of the ancient prison. A porch that is still crossed by women and children, but not to be locked anymore ! 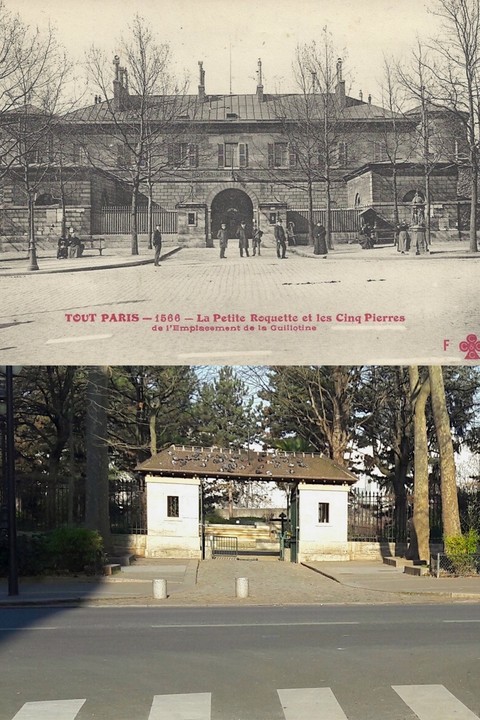 The Cour du Commerce-Saint-André and the guillotine
Walking Tour French Revolution around Tuileries Gardens
The Picpus cemetery, one of the most secret in Paris
8 facts about La Bastille
Expiatory Chapel
Royal Squares in Paris