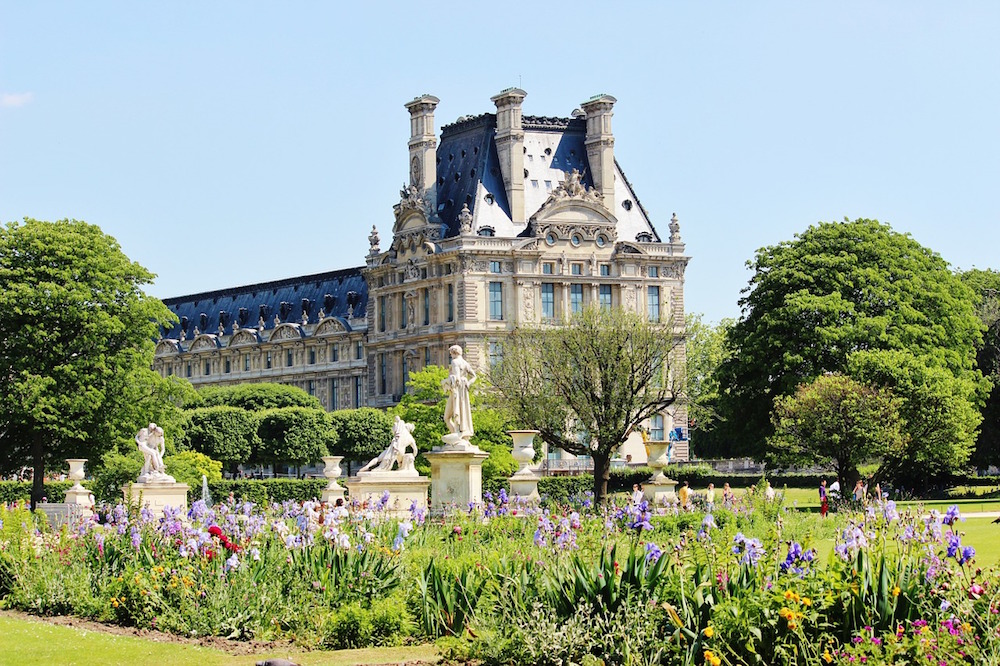 On Palais Royal Square, you are between the Louvre, former residence of the Kings of France, and the Palais Royal, built by Cardinal Richelieu in 1628. Enter the gardens of the Palais Royal. From 1781, it has been for half a century the popular heart of Paris, and several episodes of the Revolution took place there: 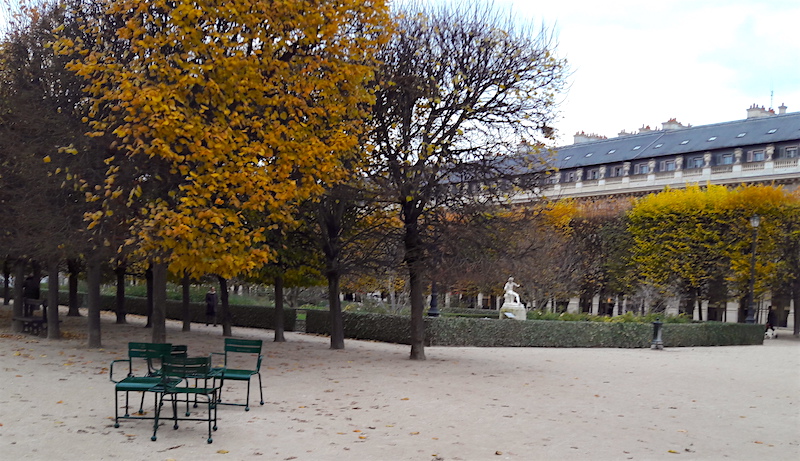 At N°. 57 to 60 of Galerie de Montpensier was once established the Café de Foy. Camille Desmoulins, on July 12, 1789, summoned the the people to take up arms. On January 20, 1793, after the vote of the death of King Louis XVI at the National Convention, deputy Le Peletier of Saint-Fargeau was killed by a former bodyguard of the king, Philippe Nicolas Marie Of Paris, at the 114 Galerie de Valois. In the same Valois gallery, at No. 177, Charlotte Corday bought the knife with which she killed Marat on 13 July 1793.

This street, close to the Jardin des Tuileries, which housed the National Assembly from 1789 to 1795, was the residence of many deputies and politicians of the time. 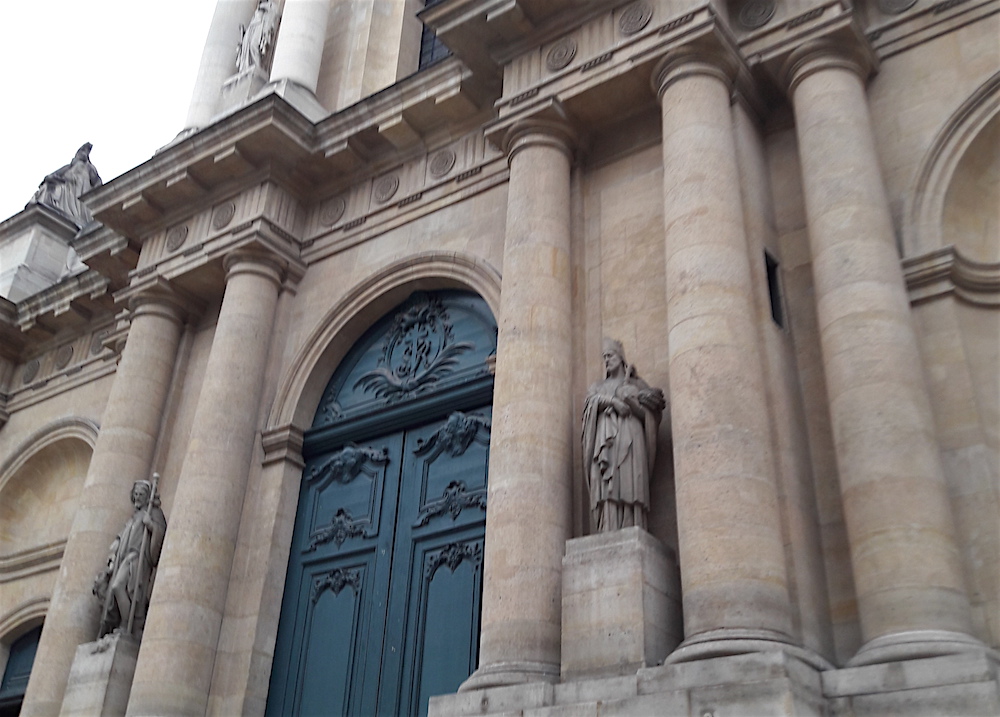 In front of this church took place an episode of the royalist insurrection of 13 Vendemiaire year IV (5 October 1795). 300 partisans of the monarchy were killed on the steps of the church by Bonaparte. An event that will make the future Emperor famous.

Continue straight on rue Saint-Honoré. At No. 209 was the cabinet of the doctor and politician Guillotin, whose name will  forever be etched with the guillotine, although he didn’t invent it !

Turn left on rue du 29 Juillet, cross the rue de Rivoli and walk along the Jardin des Tuileries. At no. 230 (in front of the Hotel Le Meurice), you can see a plaque recalling the location of the former Salle du Manège. 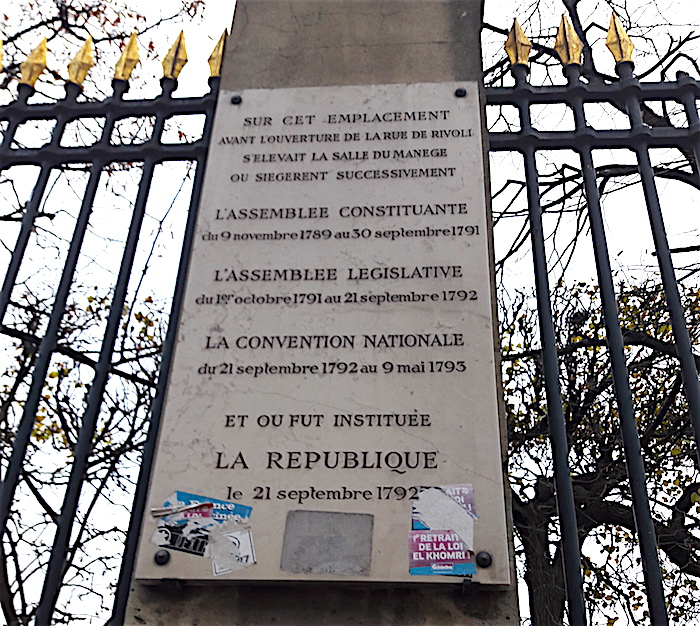 La salle du Manège was built in 1720 for the riding lessons of the young Louis XV. It was here that the Constituent Assembly was established from October 1789 to October 1791, the Legislative Assembly from October 1791 to September 1792, and the Convention from September 1792 to May 1793. It has been demolished in 1802 to create the Rue de Rivoli.

This garden was formerly that of the Palais des Tuileries, built in the 16th century on the site of former tile factories. The palace was destroyed in 1871 during the Paris Commune. 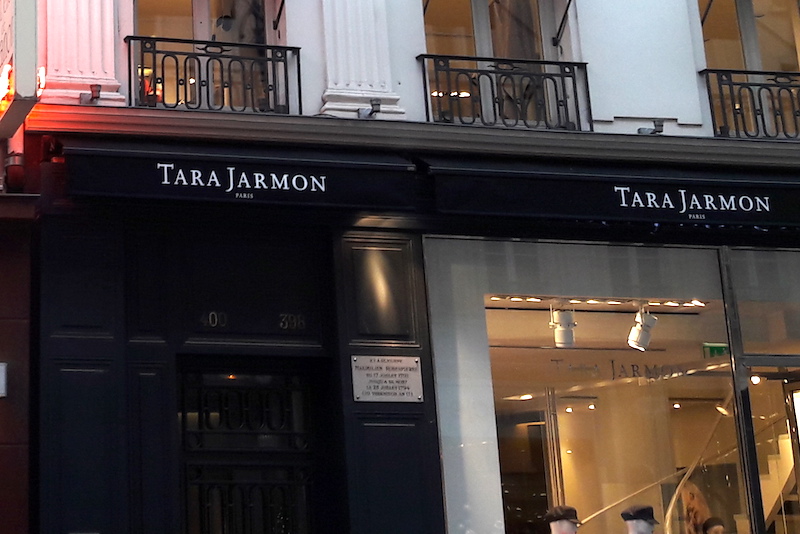 As a commemorative plaque reminds us, it was here that lived from 1791 until his death in 1794 Maximilien de Robespierre. He was staying at Maurice Duplay’s house, a Carpentry, who welcomed him home after the shooting of the Champs-de-Mars in 1791. 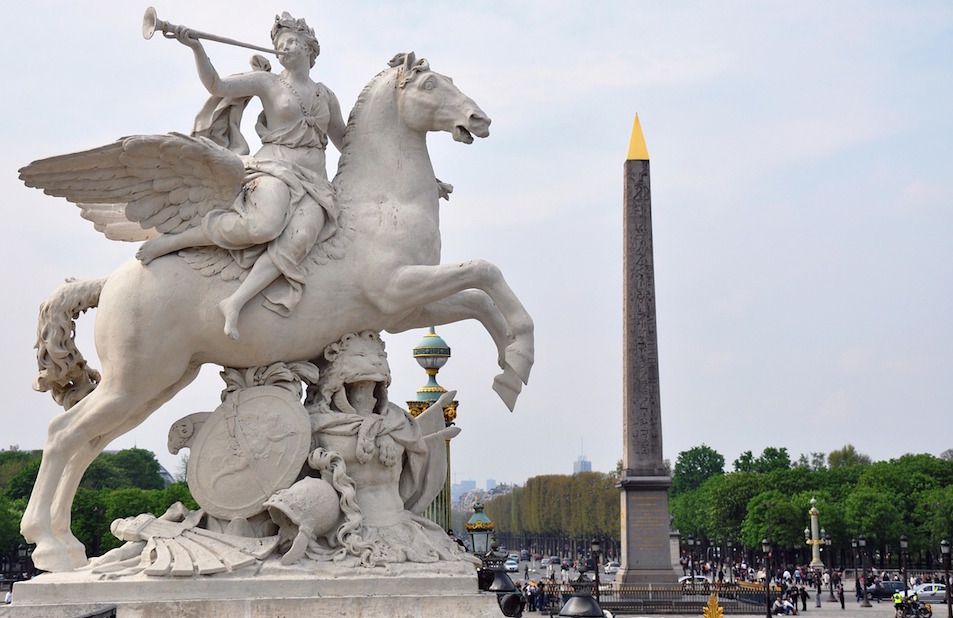 The guillotine appeared on this square on January 21, 1793, for the execution of Louis XVI. From 11 May 1793 to 9 June 1794, 1,119 people will be executed in this square – renowned Place de la Révolution – including Danton, Charlotte Corday, Robespierre and Marie Antoinette.

From the palais Royal to the Place de la Concorde, a walk to discover many witnesses of the French Revolution.
Continue reading

Vanished islands of Paris
Why rues Thiers should not exist anymore
The Picpus cemetery, one of the most secret in Paris
Ancient Statues in royal squares
8 facts about La Bastille
The Telegraph, a parisian invention
Last meter standards in Paris
Walking Tour Bastille and le Faubourg Saint-Antoine.