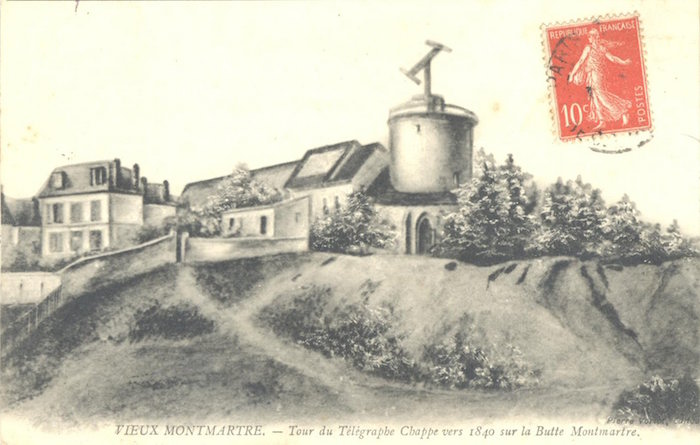 Did you know that the first telecommunication system was the fruit of a French, Claude Chappe, developed in the middle of the French Revolution?

After studying in Rouen, Chappe moved to Paris to open a physical office. Unfortunately for him, the French Revolution forced him to go back to his family’s house. A blessing in disguise, as it is with his brothers he will remember an old process invented together to communicate when he had been sent to seminar in Angers. Chapped and his brothers will dream again of a machine that would allow to transmit information remotely, that will later become the aerial telegraph.

His system is quite simple. Located in altitude to be visible with telescope, Chappe installs a ladder-shaped pole with at its top three articulated arms : one arm movable in the center and at its ends two other, controlled by ropes and pulleys.

Air telegraph provides geometric figures visible to the telescope, which refer to words according to a specific code, known only by its users. A vocabulary that at its peak will use more than 8,000 words ! 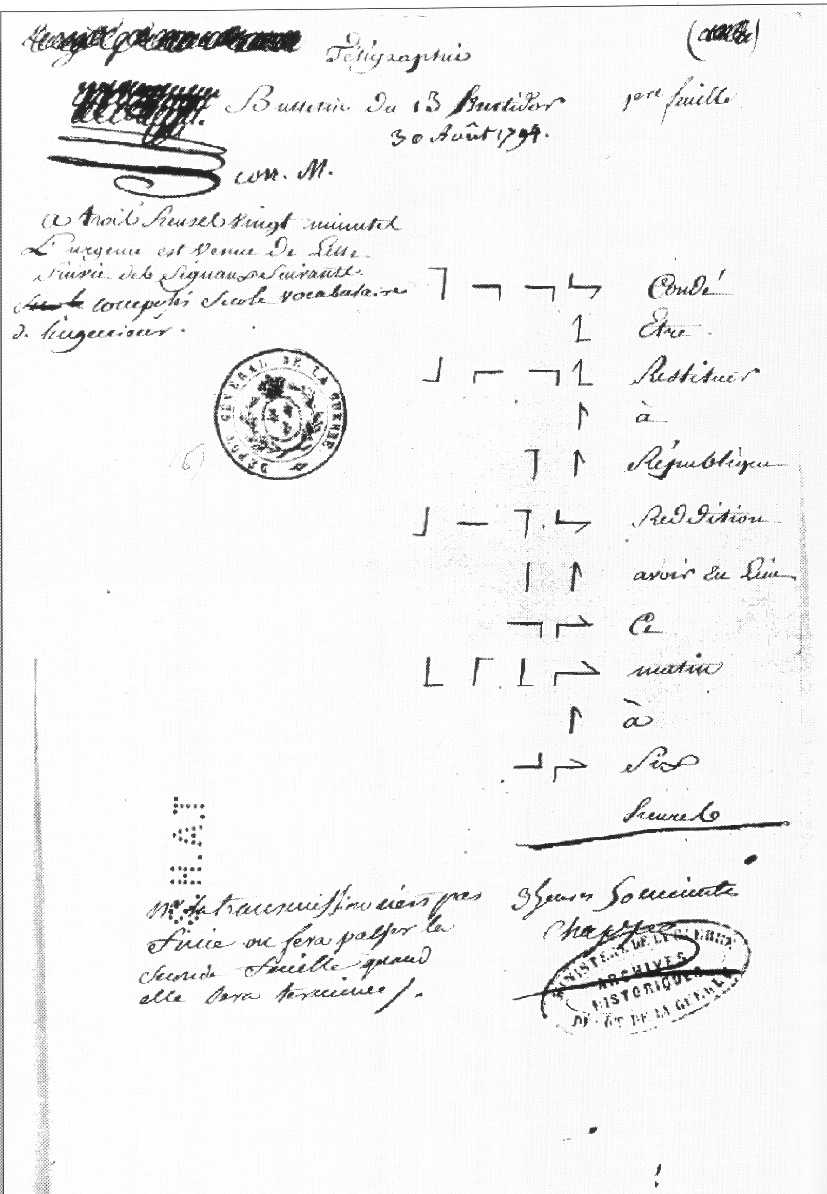 Claude Chappe arrives in Paris in December 1791. If at first hardly anyone is interested in his invention, the beginning of the wars against the European powers, and therefore the need to communicate quickly across the country, will help the young inventor. In September 1792, it is allowed to install his machine on the highest point of Paris, at Ménilmontant, currently rue du Télégraphe (20th arrondissement).

On July 12, 1793, he experimented for the first time his telegraph between Ménilmontant and Saint-Martin-du-Tertre (95) via a relay station in Écouen (95). On 25 kilometers, the message need 12 minutes to be broadcasted. Success is all, and Chappe is nominated Telegraph engineer by the National Convention.

While monarchy revolt in Vendée broke out and borders were threatened, the first line will be installed between Paris and Lille, then others will bloom around the country. In Paris, relays will be placed at the Louvre, on the Saint-Pierre de Montmartre church, on the Saint-Roch Church… In 1840, France will have more than 530 stations serving 29 cities.

Unfortunately, Claude Chappe killed himself January 23, 1805 by jumping into a well in his garden of his mansion, and never seen the extraordinary growth of his invention.

A little remains of this extraordinary invention can be seen today, apart from Rue du Telegraphe Belleville and its metro s, or rue Chappe street in Montmartre. If a public monument had been  destroyed during World War II, the grave of the inventor is still visible in Père Lachaise Cemetery.