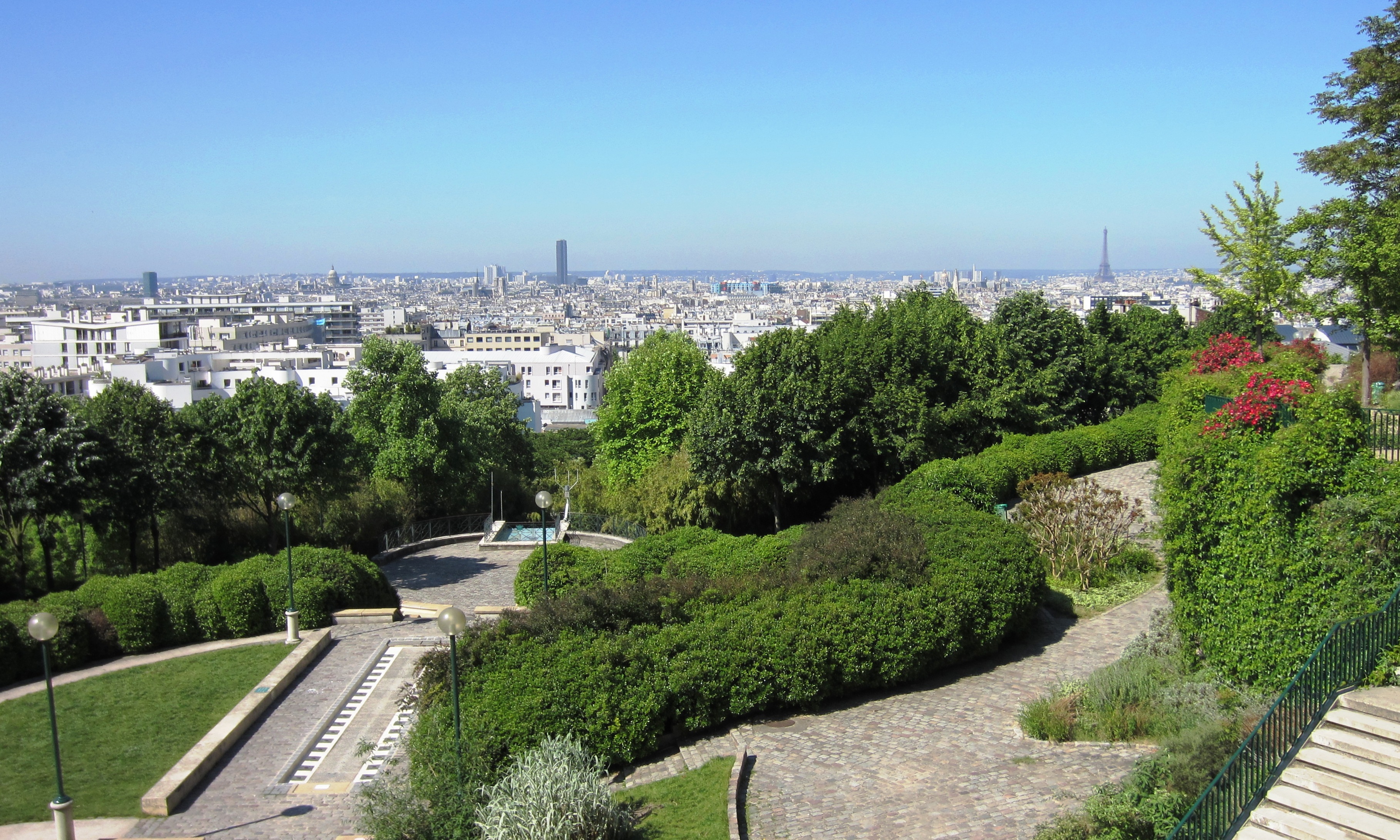 Area located outside of Paris until its annexion in 1860, Belleville and Ménilmontant have kept in some places its village atmosphere of yesteryear made at the bottom of the hill of a swarming neighborhood with cabarets anddance halls and lemonade, and, at the top, of a country-style plateau.

Home to thousands of migrants throughout the 20th century, it is today a popular neighborhood that combines party, traditions and trendy new addresses. Despite the huge works in the 1960s that have changed part of the district, you will still find during your walks hidden alleys, nice little squares that look like a village place, and many historic remnants.

Belleville,  that is with Montmartre the highest hill around Paris, has for centuries captured rainwater via a clever water supply system. Hence the names rue de la Mare (Pond Street), rue des Cascades (Waterfall Street), rue des Rigoles (Channels Street), you will find in Upper Belleville. Rue des Cascades is one of the nicest streets in Belleville. Quiet and lined with low houses, strolling it is ideal to enjoy the atmosphere of the neighborhood. At No. 42, you will find the Saint-Martin Manhole, a small stone building that gave access to pipelines. 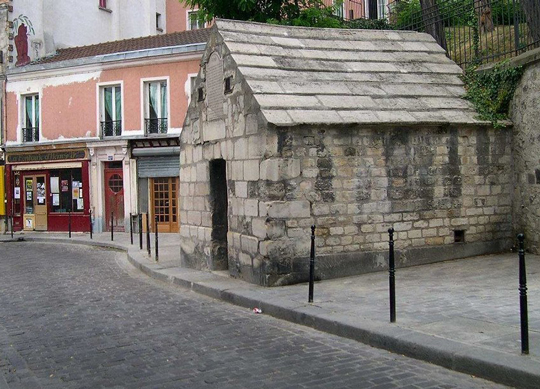 Perpendicular to the street is the rue Saviès, which was the name of Belleville until the 17th century (Savies meant “wild and uncultivated land”). On the left side of the wall, notice the “wheel guard”, called in French “Bouteroue“, stones that “blew” carriages passing too close from walls by diverting their wheels. Note that at that time, this street was much narrower than it is today. 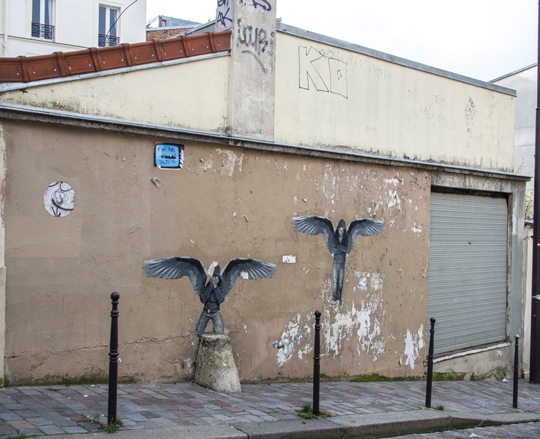 Heights of Belleville Park offer one of the best views of Paris. You will also see on the left side a vineyard, created at the opening of the park (1982). Vines reminding us that Belleville was from the 18th century an important wine producer in France. 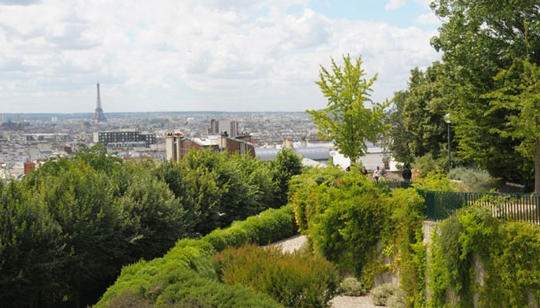 The rue Denoyez is THE Street-Art place in Paris. Along only few meters, you will discover hundreds of artistic creations covering the entire street. 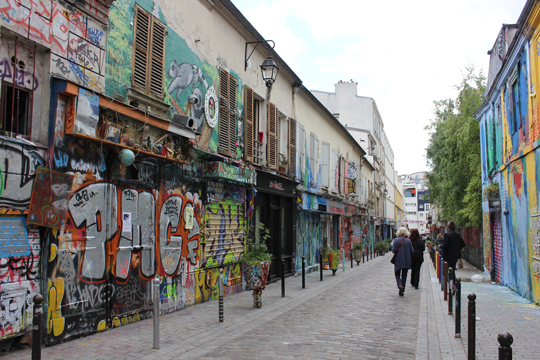 Passages and Cités of Ménilmontant

At Ménilmontant still exist some small alleys and « Cités »,  hidden pathways lined with small houses built in the early 20th century for workers. 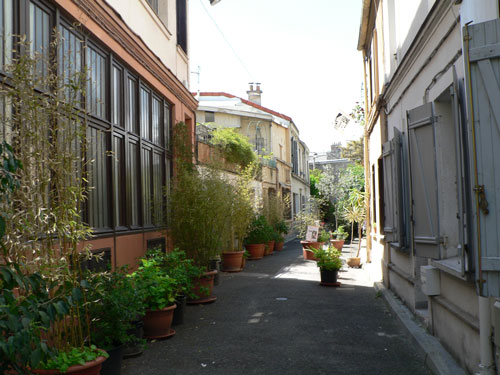 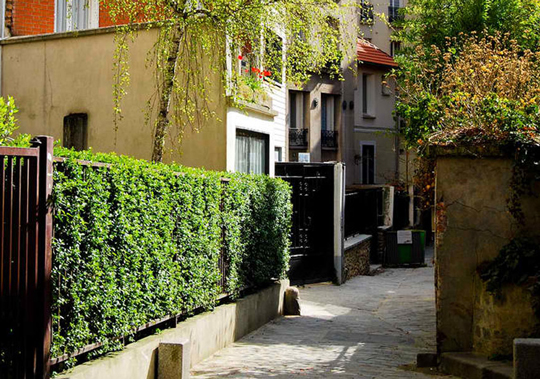 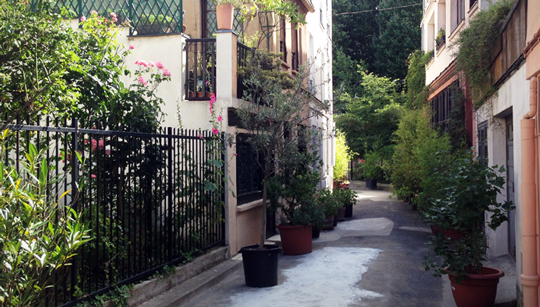 It is on the heights of Ménilmontant that the scientist Claude Chappe did the full-scale test of his telegraph on July 12, 1793, a system of messages transmissions over large distances using special codes. After having connected Ménilmontant with towns in the Val-d’Oise, he built a line between Paris and Lille to correspond with the armies of the north. It is on the summit of Belleville, rue du Télégraphe, that Claude Chappe made ​​this first test. 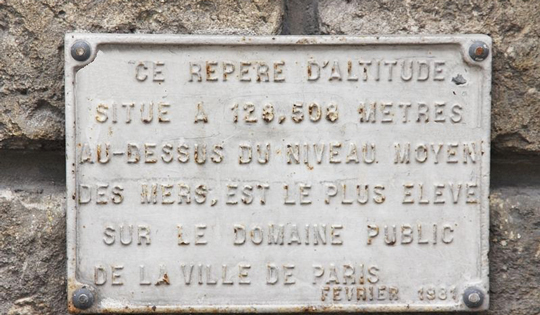