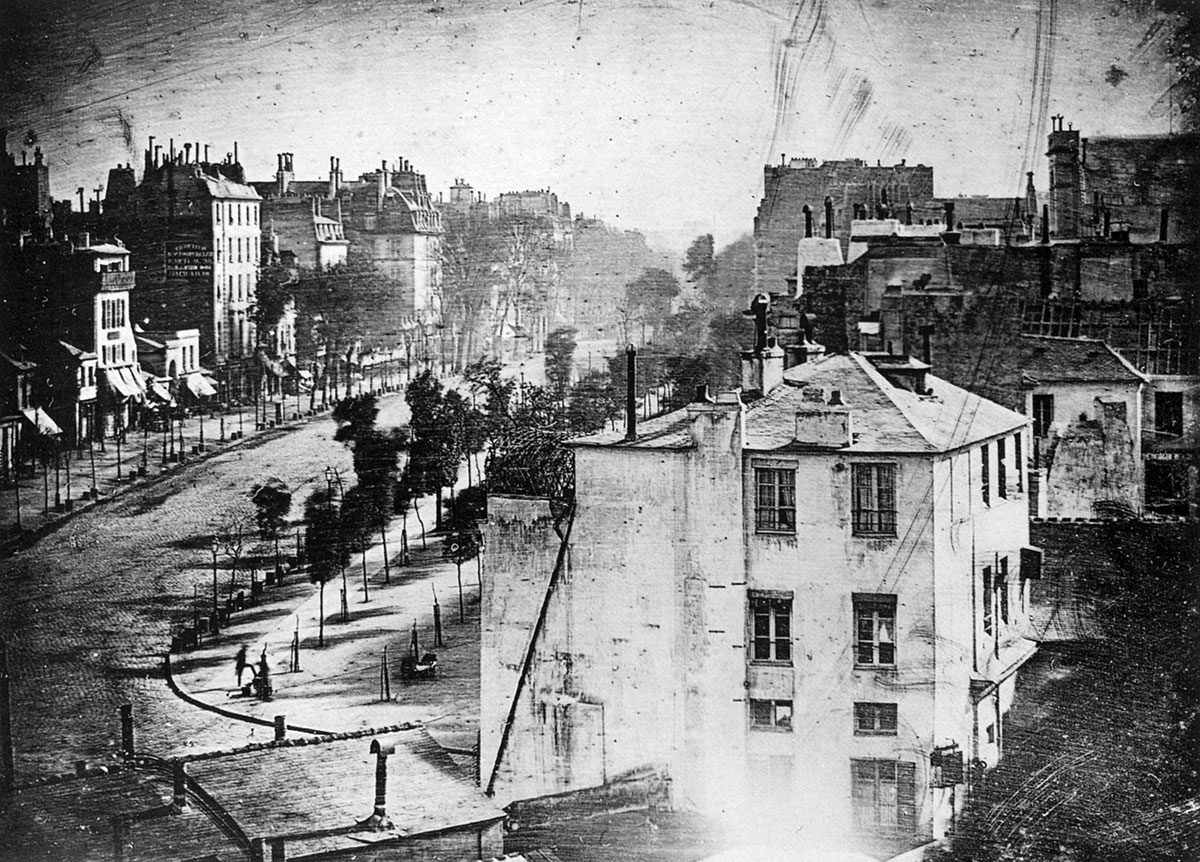 Beyond the many stories that have built the legend of Paris, the capital also contributed to scientific innovations. Indeed, it was in Paris that the first picture of a human being has been taken. A work that we owe to Louis Daguerre, taken in Paris in 1838. 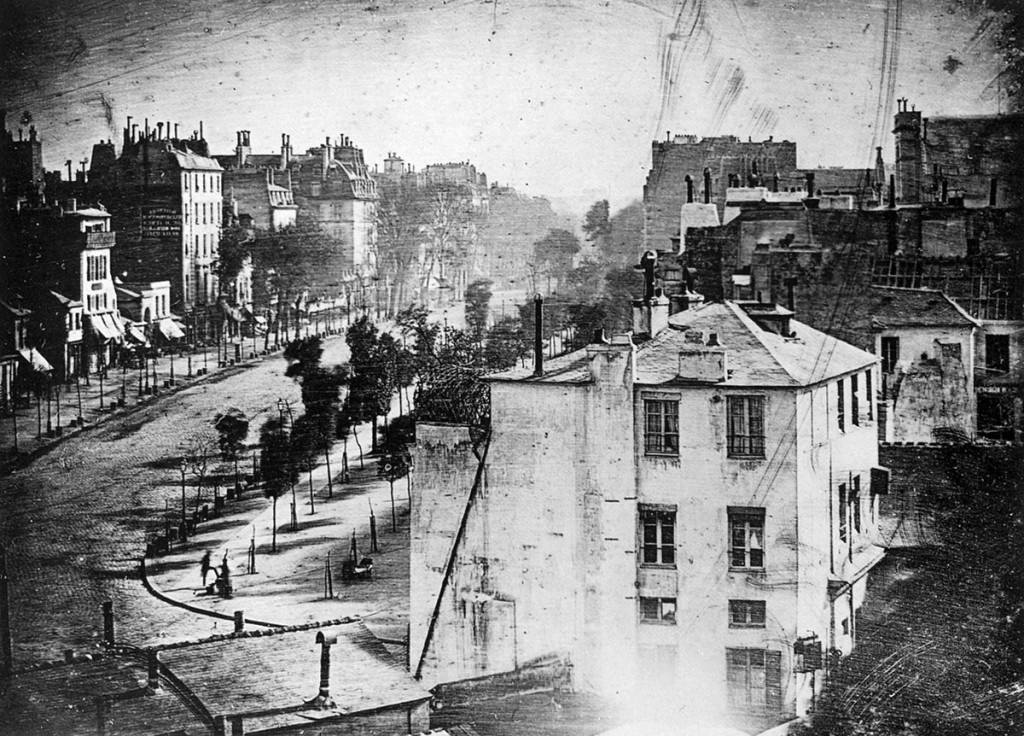 After collaborating with Joseph Nicephore Niepce, a French engineer considered as the inventor of photography, Louis Daguerre continued his researches and tried to improve the process, especially the fixation of the image and the shortening of the exposure time.

From 1835, his work will know very important advances, leading to the invention of the daguerreotype in 1839, first reliable and marketable photographic, which will be acquired by France the same year.

Improving the discoveries of Niepce, the daguerreotype fixed images after an exposure time of about 15 minutes, while the old processes required several hours.

The first picture of a human being

In 1838 Daguerre took this photo of the Boulevard du Temple, better known at the time as “Crime Boulevard” because of the murders played every night in the dozens of theaters of the boulevard. A place full of Parisians, this picture does not fix because of the 10 minutes exposure time…

But if the movements were too fast to be corded by the daguerreotype, a recognizable human form remained motionless enough to be immortalized. One can indeed notice at the left of the pic a man polishing his shoes. The shoe-shine boy also appears, although he is blurred. 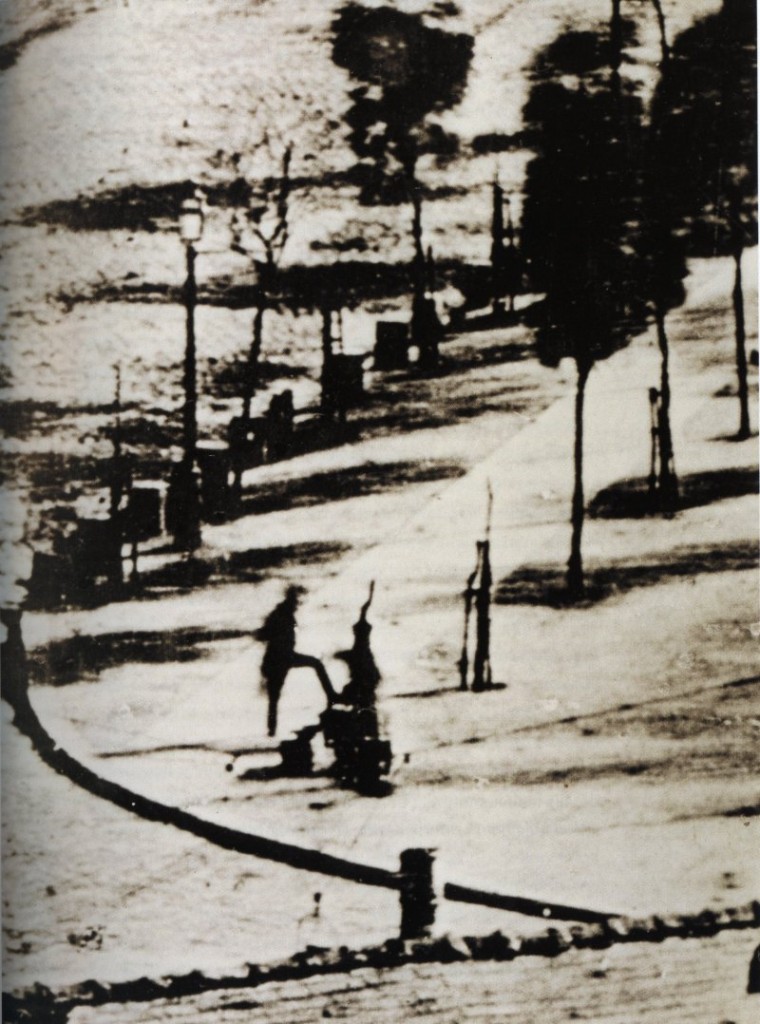 The story of the first photograph of a human being, taken by Louis Daguerre Boulevard du Temple, in Paris, in 1838.
Continue reading

The Banquet of the Century that gathered 22 965 mayors in the Tuileries
Walking tour Belleville and Ménilmontant
26 vintage Photos of Paris
History of Paris "Bistro"
Charles Marville, photos of Paris before Haussmann
History of the "Grands Boulevards"