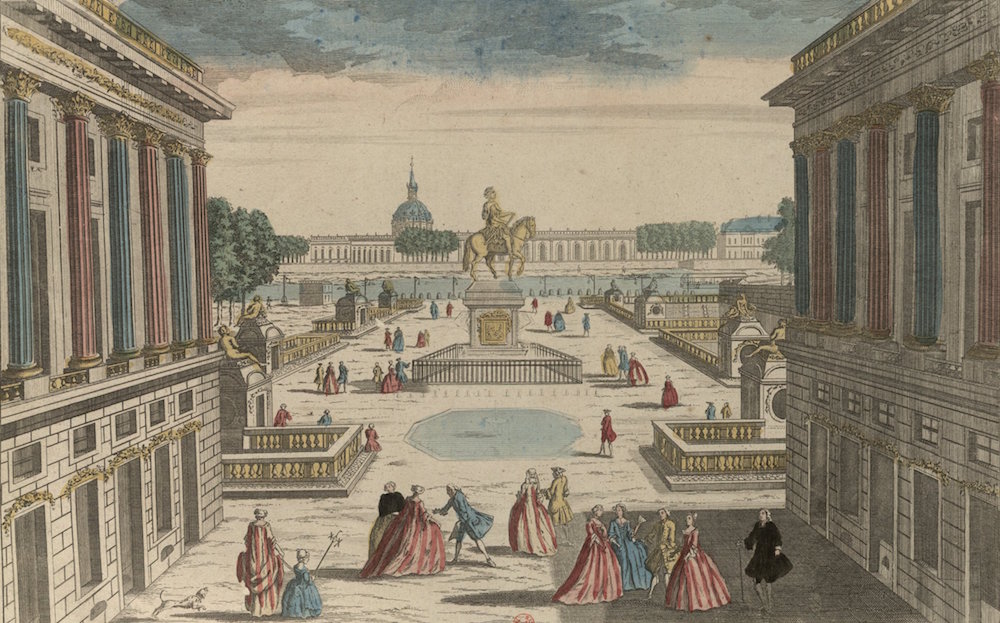 Symbol of royal power and wonders of architecture, the royal squares of Paris were also the first victims of the French Revolution, highly symbolic rejection of the monarchy by the population.

Today peaceful places to stroll, also renowned worldwide for their elegance, all these squares experienced a turbulent history, symbolized by the statues that decorate them. Political emblems that have changed since the late 18th century!

Named at its creation ‘Royal Square’, the first of the five royal squares of Paris has been completed in 1612. In Richelieu’s initiative, a statue of Louis XIII was erected in 1639. This ancient statue represented the king on horseback. 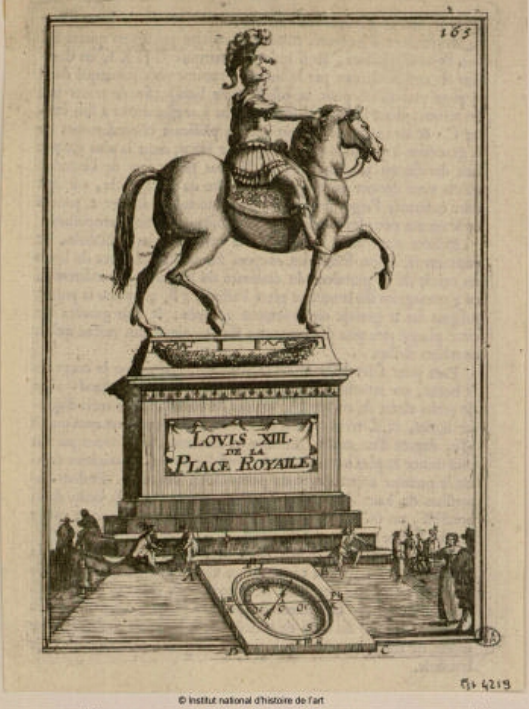 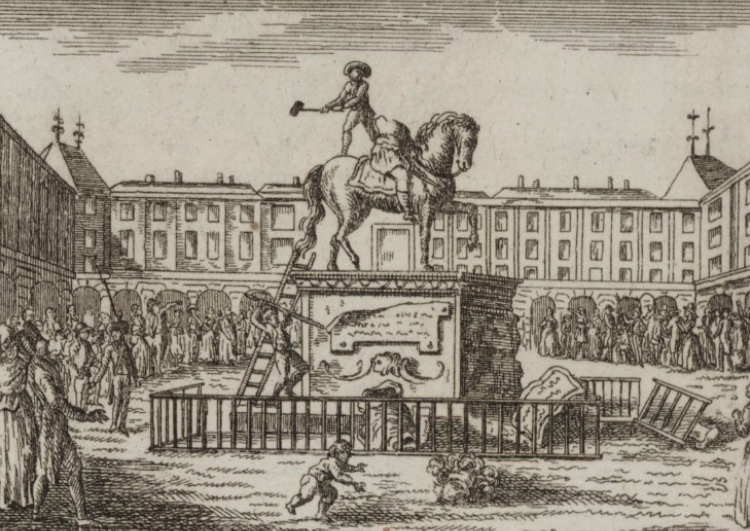 The current statue has been set up at the same place in 1825.

The first equestrian statue of Henri IV was inaugurated in 1614. It included at each corner of the pedestal slaves. While the equestrian statue had been destroyed during the French Revolution, the statues of captives are now in the Louvre.

The current statue is the work of sculptor François-Frédéric Lemon, inaugurated August 25, 1818

To celebrate the end of the Dutch War and the victory of the French army, the Duc de la Feuillade created a place in honor of the sovereign. To symbolize the superiority of the Kingdom of France, the first Place des Victoires statue was a walking figure of the king crowned by Victory, with 4 slaves unchained representing the vanquished nations. 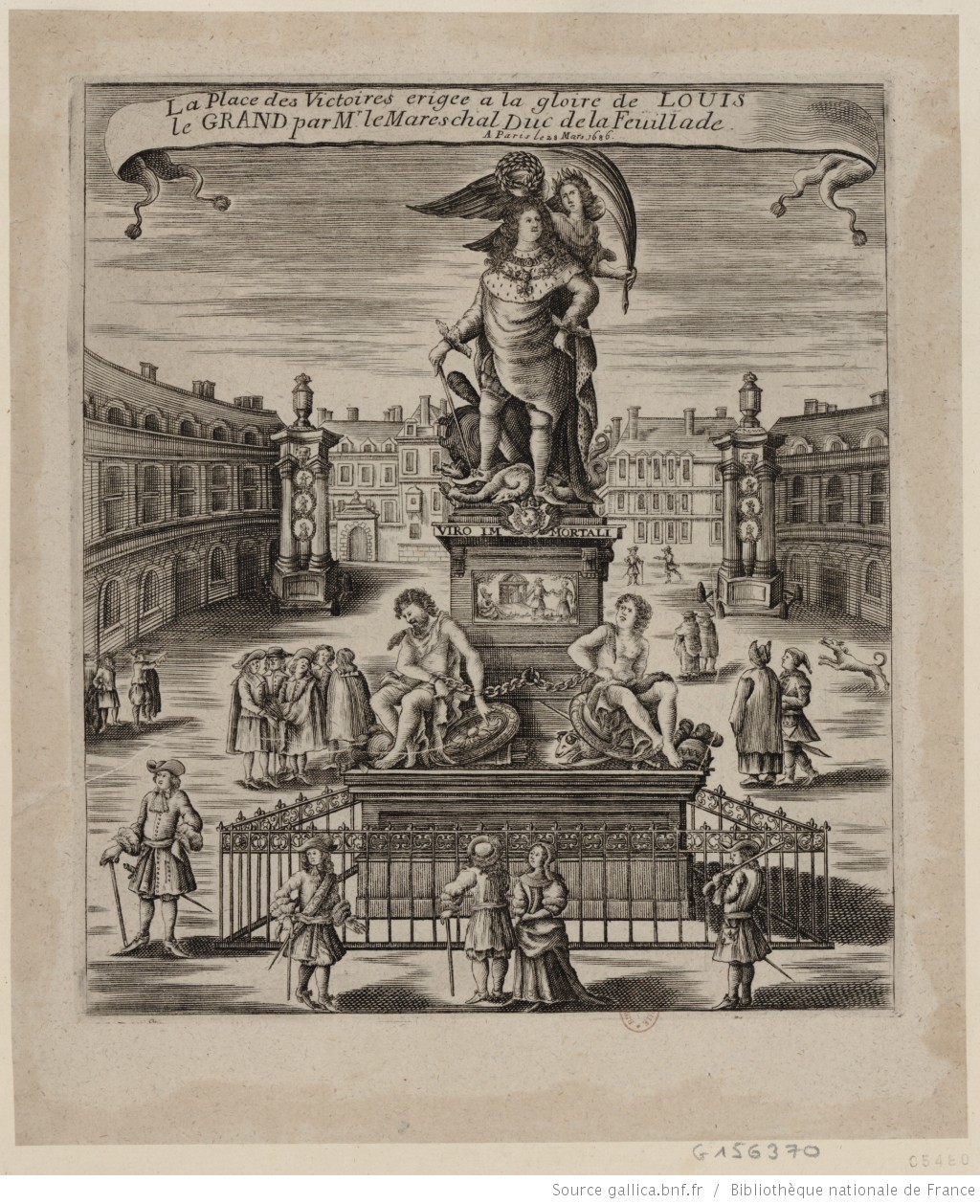 The statue was destroyed in 1792, while the slaves are now also visible in the Louvre. 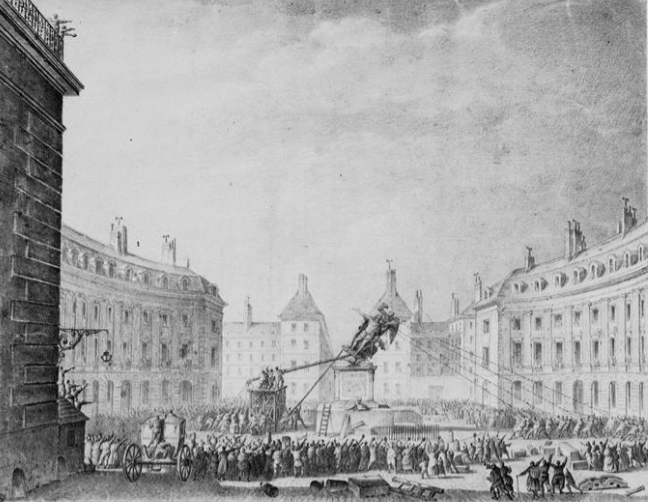 The current equestrian statue of Louis XIV was built in February 1816.

To create a square in honor of Louis XIV even more beautiful than the Place des Victoires, Louvois, Minister of the King’s War, decided to build the “Place of Conquests”, nowadays Place Vendome. It was decided to erect an equestrian statue of the King, sculpted in 1692, then unbolted on August 13, 1792. 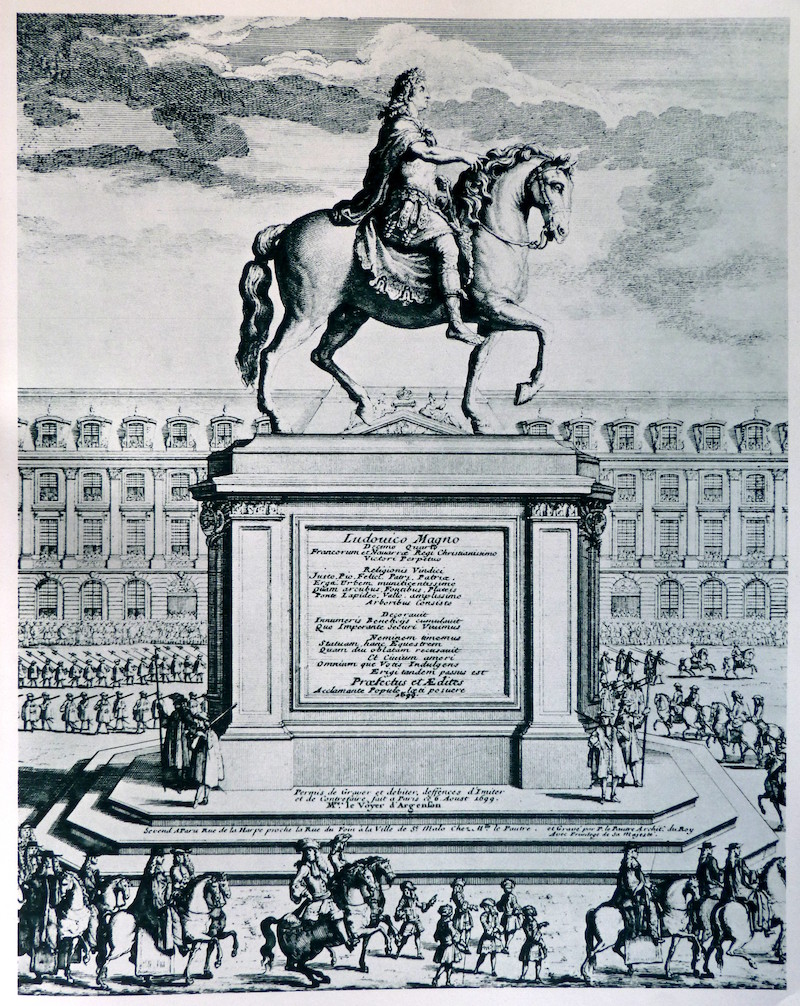 The equestrian statue of Louis XIV was replaced by the Vendome column in 1810, imitation of Trajan’s Column in Rome, and covered with a screed cast with bronze cannons seized from Russian and Austrian armies.

The first statue of Napoleon represented him as a Roman emperor. Under the Monarchy of July, it was a statue of Bonaparte dressed in “Little Corporal” that was at the top of the column.

Then, on the orders of Napoleon III, it was a statue similar to that of 1810 which was restored in 1863.

Column shot on 1871, during the Commune of Paris. 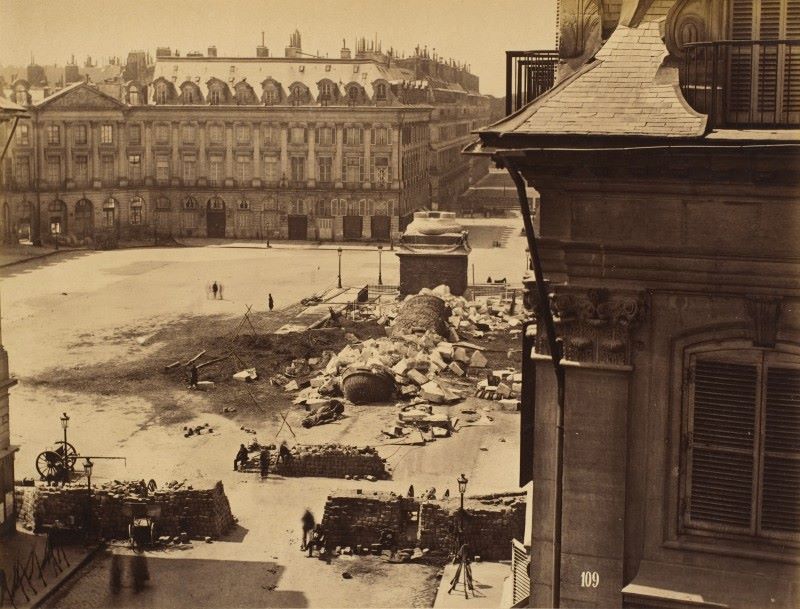 The current statue, similar to that built by Napoleon III, represents Napoleon as Caesar.

The latest Parisian royal square was ordered in 1748 by the city of Paris, to celebrate the healing of Louis XV. “Place Louis XV” is built at the site of a former swamp just outside the Tuileries Gardens, near the new Faubourg Saint Honoré district. The equestrian statue of Louis XV was raised on February 23, 1763, melted on August11, 1792.

Then named “Revolution Square”, the square hosts on 1793, a statue of Liberty. 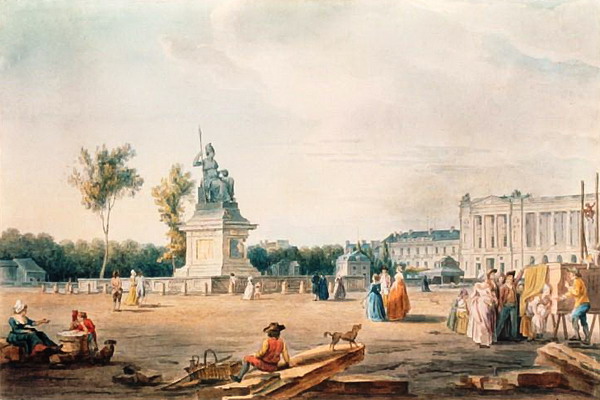 In 1835 will be erected the Luxor obelisk, gift of the viceroy. It is still visible today in the center of the square.

Symbol of the French monarchy that knew many upheaval since two centuries!
Continue reading

Before/After : evolution of Paris since the 19h century
The Telegraph, a parisian invention
Last "Sand boxes" of Paris
10 disappeared places and monuments in Paris