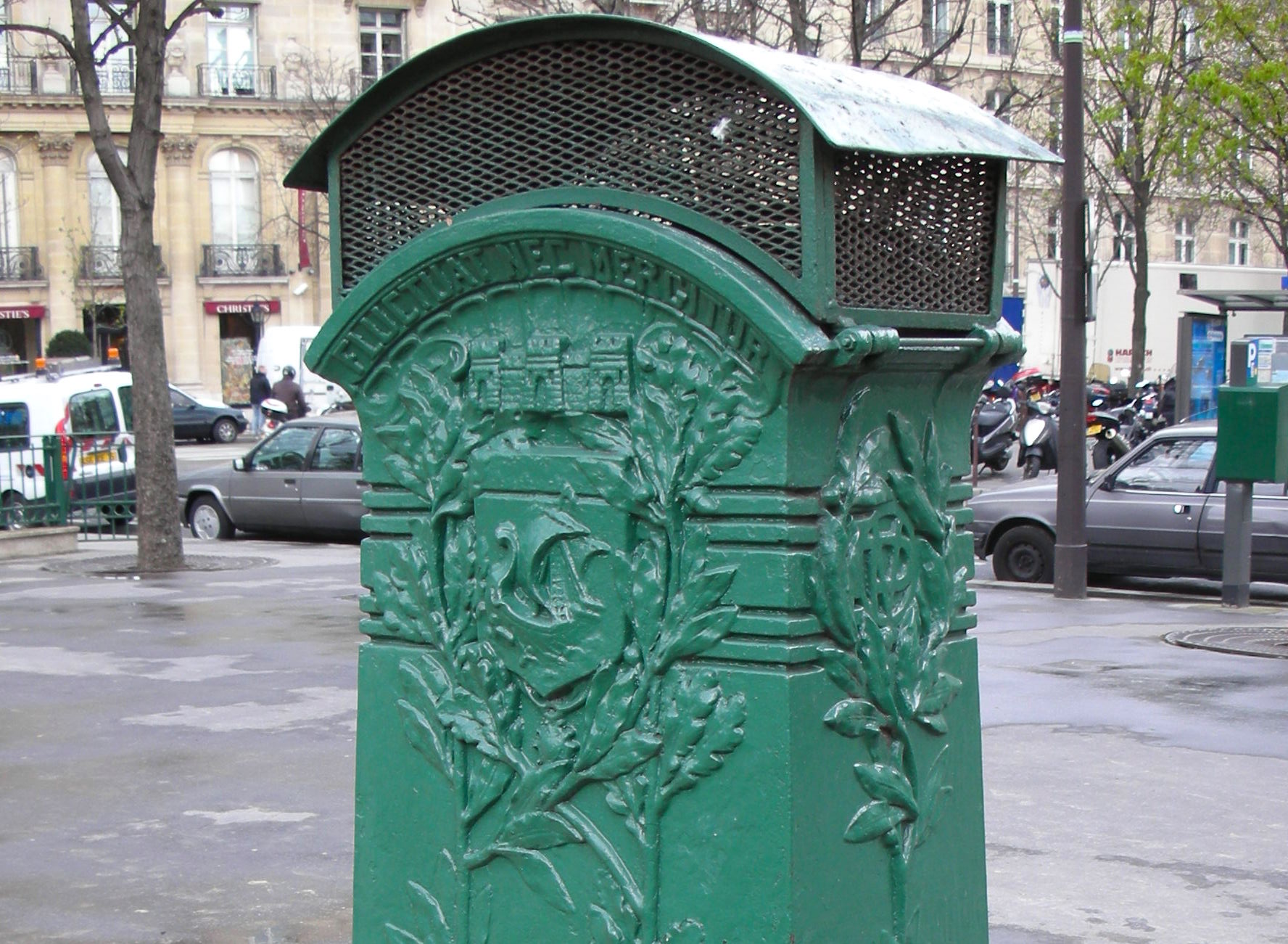 They were more than thirty in the early 20th century, and remain only three nowadays in the capital. Last witnesses of a lost job, these sand boxes have now become, like the Wallace fountains, small monuments which make the charm of Paris streets. But what use had these sands boxes? And what did they become? 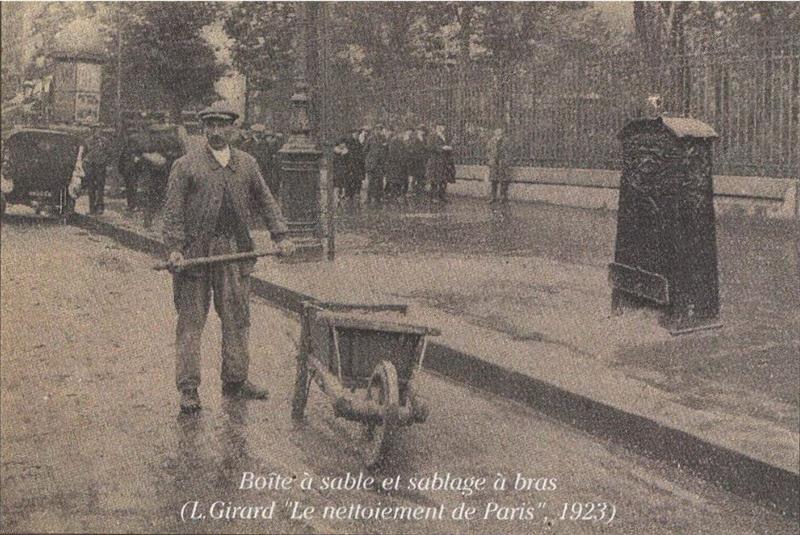 In the early 20th century, sanding was used to fight against slippery roads made by snow or ice, or more generally by horses faeces. To assist municipal road workers, the city settled throughout Paris sand boxes, allowing workers to cover more quickly the capital. 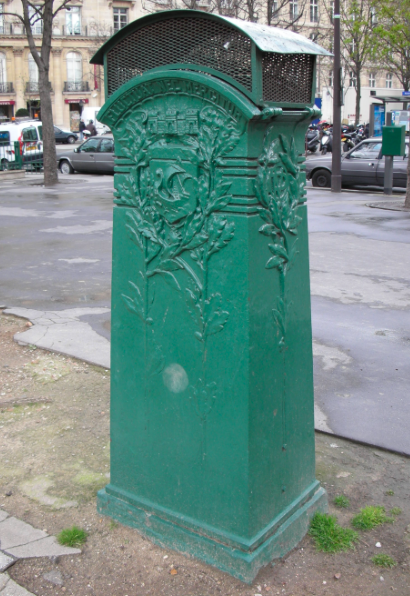 Despite its effectiveness, the sand was not without inconvenience. It left behind him indeed dirty roads during thaws and obstructed sewers. Little by little, it had been replaced by salt and sand boxes became obsolete.

The last boxes are today avenue Trudaine,  Avenue Gabriel and place de la reine Astrid. Approaching closer, you will notice that a stream of air escapes from it. Indeed, they have been converted into ventilation stacks !

Remains of a forgotten Paris, discover what are Paris sand boxes in Paris, and what they have become.
Continue reading