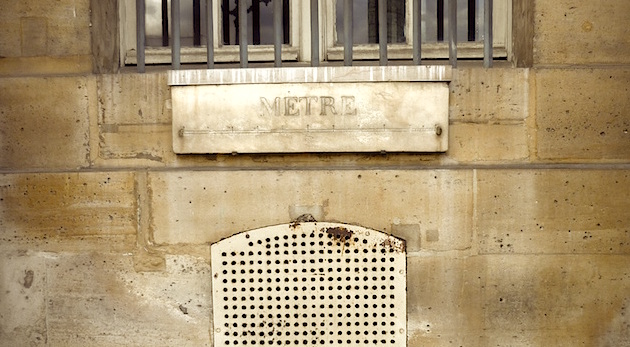 If everyone knows the French Revolution as a huge political and historical event in the history, is it less known it has also been the period of the… metric revolution !

And although some Anglo-Saxon countries still do resistance with their “inches” and other “feet”, the meter is now used worldwide and owes its birth to the French revolution. In Paris, two still visible marble standard testify this glorious past.

The adventure of the meter

If the “Declaration of the Rights of Man and of the Citizen” is undoubtedly the most important work of the French Revolution, the unification of measurements (length, area, weight …) has been the major factor for the country’s unification.

Before 1790, each region had indeed its own measure, which could also have a different value according to its geographical area. The “foot” of Paris was different from Besançon, itself higher than Normandy’s one. The weight could be “grain”, “denier”, “once”, “marc” or “livre”, while a volume of “pinte” liquid had nothing to do with that of a grain “boisseau”.

To facilitate trade (and avoid confusion …), traders of the main cities asked uniformity of weights and measures, what the Revolution will respond favorably in 1790. On 1 August 1793, the National Convention adopted a decree imposing a metric system in France, finally enacted in April 7, 1795. 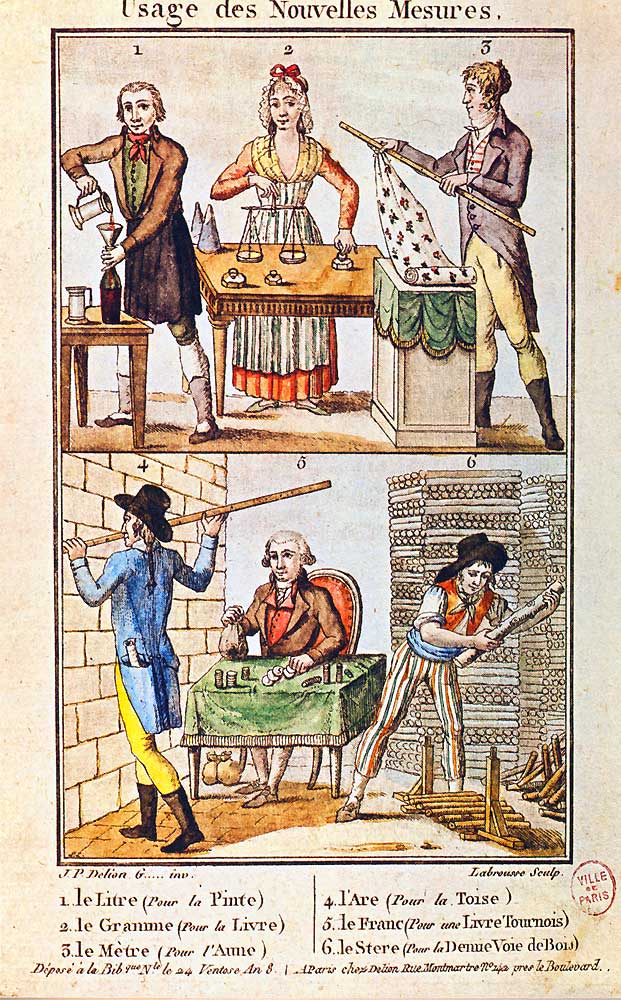 Several years were necessary to spread this new metric system throughout the country, and dozens of others to order its use. In Europe, Napoleonic conquests participated to this spread, and then gradually the world (except few recalcitrants…) adopted this system.

It was only in 1840 that its use became obligatory in France. 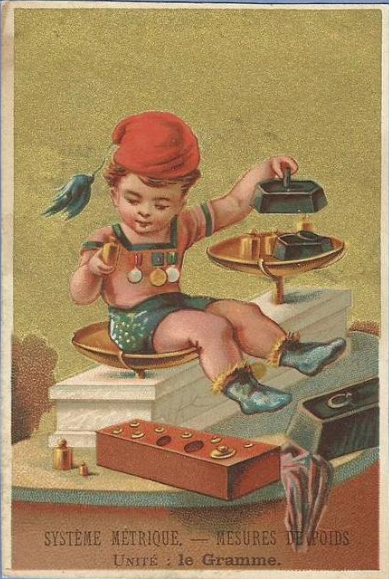 The standard meter of Paris

After years of researches to define as precisely as possible the new measures, the meter definition was enacted April 7, 1795, as “ten-millionth part of the meridian arc between the North Pole and the equator.”

To familiarise the population with these new units of measure, it will be decided to distribute standard throughout the country, placing them in the busiest places. In Paris, 16 meters standards were installed in the city between February 1796 and December 1797. Only two survived and are still visible today.

One is on the facade of the Ministry of Justice, Place Vendome (1st arrondissement), the other at 36, rue de Vaugirard (6th arrondissement), under arches neaby the Senate (Jardin du Luxembourg ).

If you want to measure your waist and you do not have a meter, you know where to go in Paris …

Discover the history of the meter, born during the French Revolution, and whose ruins are visible both in Paris.
Continue reading