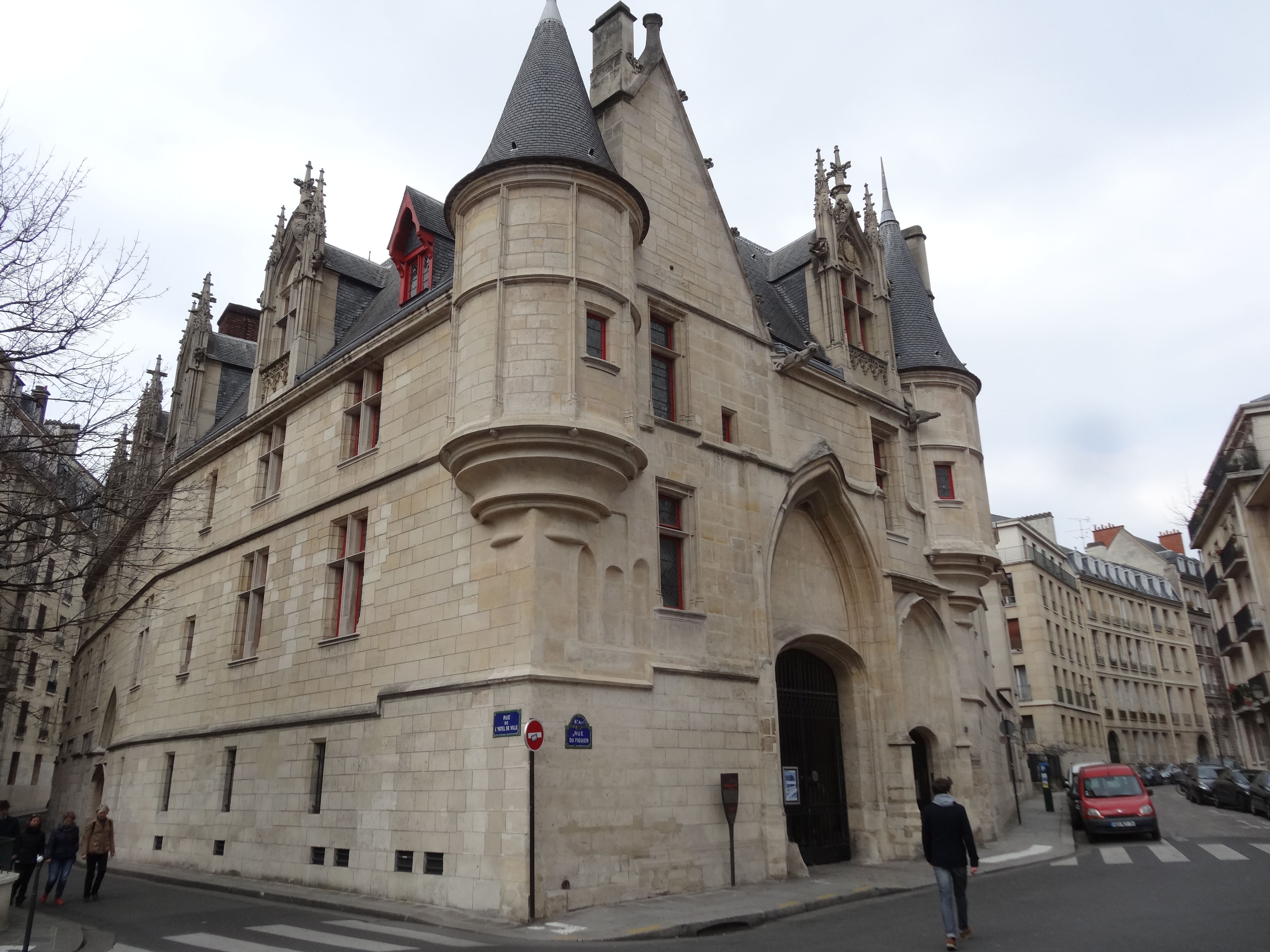 The Hotel de Sens is one of the few remnants of civilian habitation in the Middle Ages in Paris, and one of the most beautiful mansions in the city.

Although fell apart in the mid 20th century and had been completely rebuilt, slightly altering the original plan, it still bears witness to medieval housing. To be discovered while strolling Le Marais.

THE ORIGINS OF THE MARAIS

Before King François the 1st ordered in 1543 to divide the Marais up to cope with Paris population growth, this area was mainly inhabited by religious communities. Among these was the powerful archbishopric of Sens – located in the current Bourgogne – of which Paris was depending on.

The Archbishop of Sens was personal advisor of Kings of France, a function that summoned him very often to Paris. It was in order to have a headquarter, but above all to assert his power, that the splendid Hotel de Sens was built.

A PLACE OF POWER

It is the Archbishop Tristan Salazar that decided to replace the old and unhealty Hotel Hestomesnil with the current building. A Herculean task that lasted 50 years, between 1475 and 1519. Unfortunately, Tristan Salazar died in 1519, at the age of 87, and never had the pleasure to live in there …

Thereafter, all the successors of Tristan didn’t dwell in the Hôtel de Sens. The building has even been lent to King Henry IV in 1605 so he could accommodate the Queen Margot, he just left to remarry Marie de Medicis

For eight months, the Hotel was a mecca of fun and debauchery, reinforcing the poor opinion people had about the former Queen…

Paris became an archbishopric in 1622, thus weakening the power of Sens. The building will be then rent out and seized during the French revolution to be sold to private companies.

Paris purchased the hotel in 1911, and completely rebuild it. It is since 1961 the Forney Library, specialized in arts and crafts.