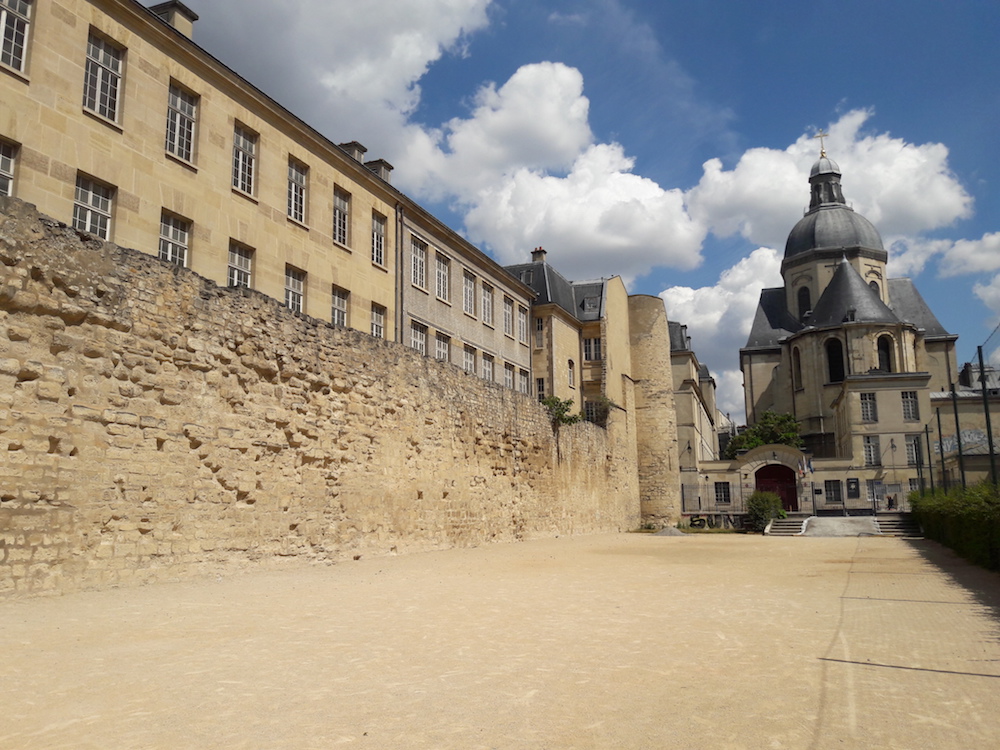 Amongst every surrounding walls that have been built in Paris, the one constructed by King Philippe-Auguste (1165-1223) is the most ancient which remains are still visible today, although the exact drawing had been supplanted by new plans.

We suggest you below a walk following in the footsteps of the wall built in the rightbank side of paris, between 1190 and 1209. Obviously, these are just remains. But more than an architectural walk, we invite you to imagine while your are walking how was Paris at this time, when the city had not other choice to guard itself against invasion but be surrounded by huge walls.

From the Pont des Arts, at the level of Quai François Mitterand (1st arrondissement) to Pont Marie (4th arrondissement), going by le Louvre, les Halles area and the Marais.