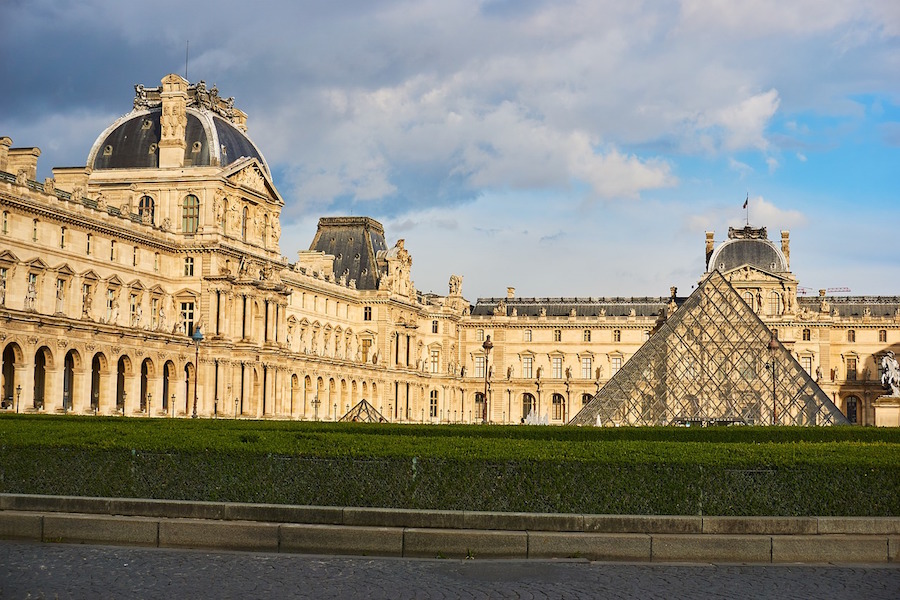 – The first hypothesis would come from Latin. The Louvre used to be Lupara in this language, more precisely “Turris lupara”. Off the root word lupanar comes from “lupus”, which means wolf. Well before the museum, there would be here a forest, land of wolves …

– The second hypothesis has Saxon origins, spoken in Northern Gaul as a result of Germanic migrations. In this language, lauer or lower mean watchtower, what was the Louvre in the 9th century during the various seats in Paris by the Vikings.

– The third hypothesis is French, and dates from the origins of the current Louvre, when Philippe-Auguste decided to build a fortress around the capital in 1190. The dungeon located along the Seine, later transformed into a royal residence, is a gigantic work, from the verb ouvrer. The work, or the work as they say today, would have given its name to the castle.

Where does the name of the Louvre come from? If nothing is certain, several hypotheses coexist, and have been the subject of research and analysis for several centuries ...
Continue reading

La Fontaine des Quatre-Parties-du-Monde, l'une des plus belles fontaines de Paris
The Arc de Triomphe du Carrousel
The Colonnade of the Louvre, masterpiece of Louis XIV
Church of Saint-Germain-l'Auxerrois and the 1st arrondissement Town Hall, twins that are six centuries apart<--:-->
The last vestige of the guillotine in Paris
Walking Tour French Revolution around Tuileries Gardens
L'origine des noms des plus célèbres monuments de Paris
All the "First times" in Paris
Masterpieces not to be missed in Paris