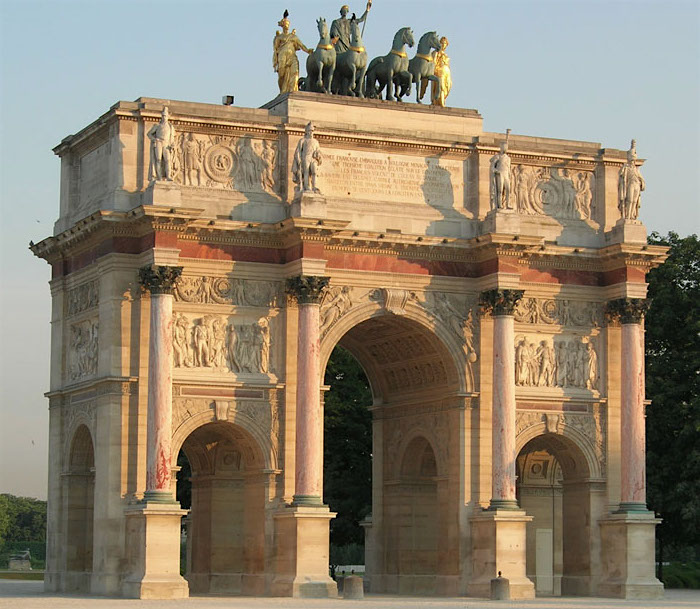 Erected, like the Arc de Triomphe de l’Étoile, to commemorate Napoleon’s military victories, it is one of the last vestiges of the Tuileries Palace. 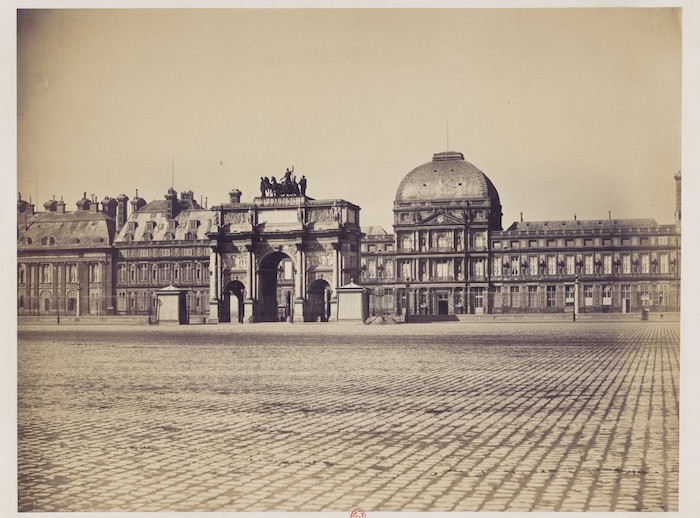 After the battle of Austerlitz, in 1806, Napoleon commissioned the construction of two triumphal arches : the Arc de Triomphe de l’Étoile, standing at the western end of the Champs-Élysées, and the Arc de Triumph of the Carrousel, as the entrance of the Tuileries Palace.

The works were directed by the architects of the Empire, Percier and Fontaine, who made it as a replica of the Arch of Septimus Severe, in Rome. At the top of the monument was originally a quadriga took by Napoléon in 1797 from the Basilica of St. Mark in Venice, quadriga that had already been taken by the Venetians in Constantinople in 1204 ! Horses were sent back to Venice at the fall of the empire in 1815. The actual decoration, a copy of the original one, is from 1827.

The ornamentation of the Arc de Triomphe has not changed since the beginning of the 19th century. The pink granite columns come from the old castle of Meudon, destroyed in 1804. Statues representing the soldiers of the Empire sit on the top of each column, and bas-reliefs depict Napoleon’s diplomatic and military victories.