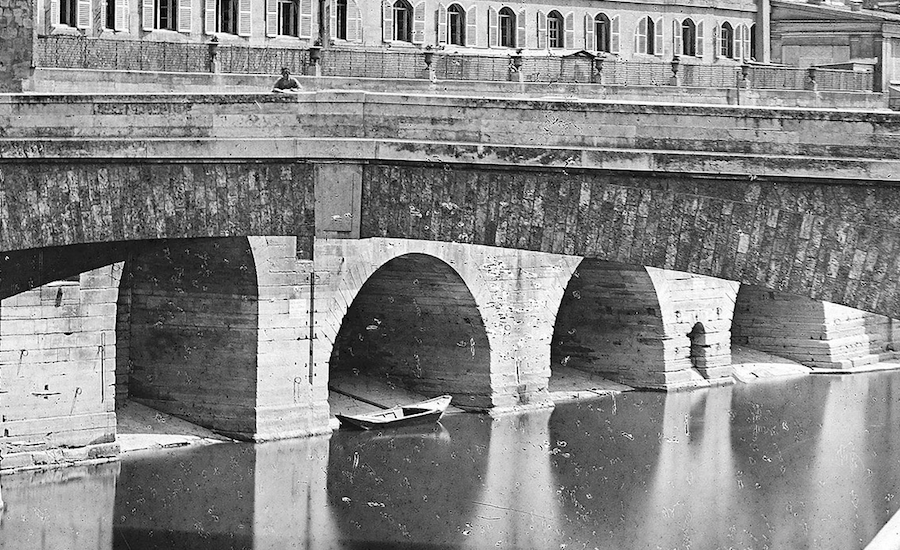 Paris has lost many outstanding monuments in its history, as the Cagnards, destroyed with the old Hôtel-Dieu in 1877.

Les cagnards, what is it ?

The Hôtel-Dieu is the oldest hospital in the capital. But the building that can be seen today on the Île de la Cité dates from the second half of the 19th century. Before this time, it skirted the Seine at the south of the present Parvis de Notre-Dame, as can be seen in the picture below. There was also in front of the cathedral the general administration of the Public Assistance (left building), and the garden of the Hôtel-Dieu (center). 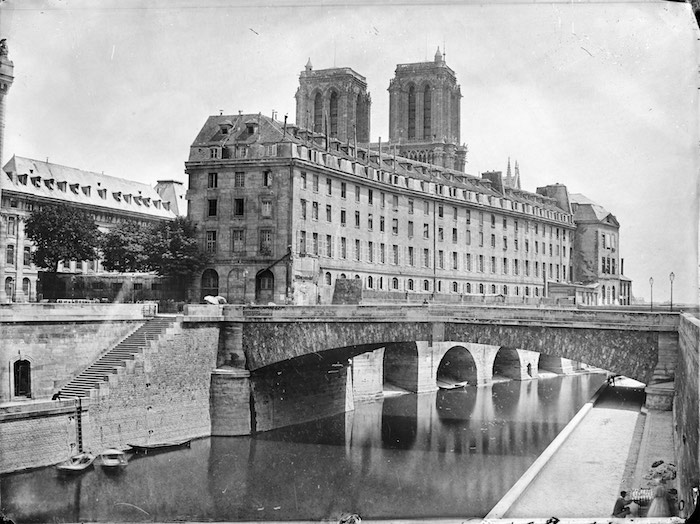 beneath the Hôtel-Dieu, at the level of the Seine, you can see vaults. Built in 1620 and connected to the hospital, they were used for deliveries and wash house. They were called “cagnards”. 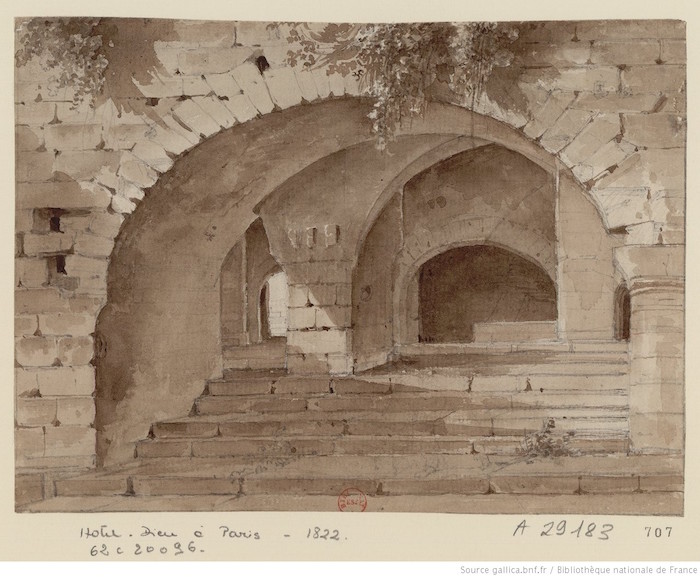 These cagnards were not the only ones in the capital. Right bank, under the current quai de Gesvres, the Parisians could enjoy the “channel of the cagnards”. A gallery of vaults where walkers strolled the day, brigands coming after them by night.

In the Second Empire, the Hotel-Dieu was dirty and dilapidating. Napoleon III ordered to destroy it to rebuild a new building … just opposite! The cagnard coud not fight against the new organization of the Ile de la Cité, and will be destroyed with the hospital in 1877. The channel of the cagnards, meanwhile, has been backfilled in 1860.