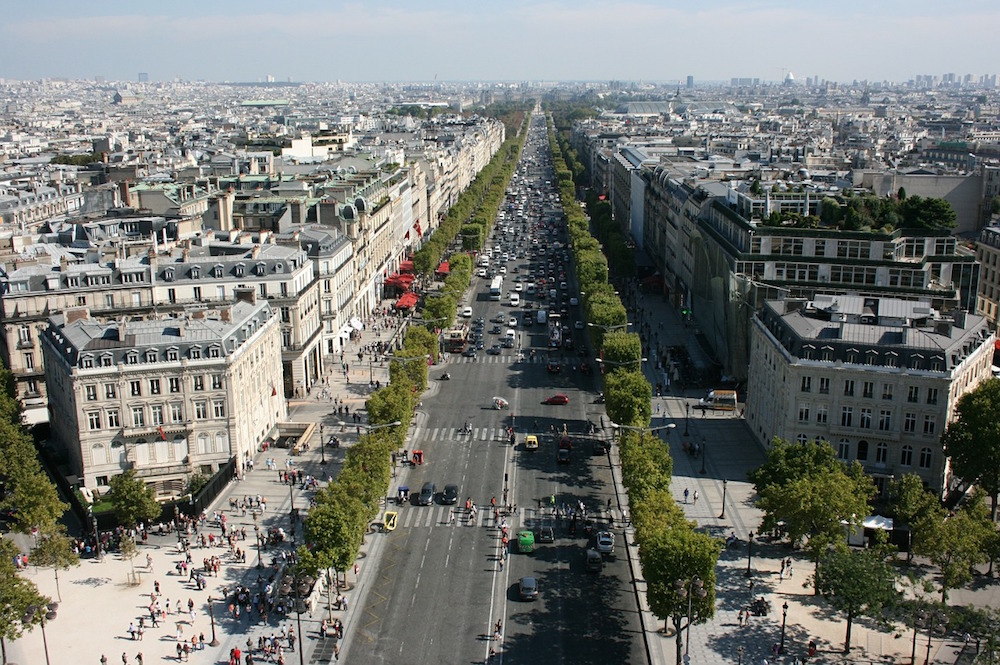 The “most beautiful avenue in the world”, as one said, is nothing like as it used to be at the time of its creation, in the 17th century. Former marshland that became under Louis XIV a royal road, it is today one of the most emblematic avenues of Paris. Discover the history of a not ordinary street…

In 1666, Louis XIV ordered André Le Nôtre, gardener of the King, to transform the Tuileries garden. In the axis of the Palace, Le Nôtre extends the central aisle of the garden by a wide lane bordered by a double row of elms. A road that was in a bushy area outside the boundaries of Paris, which ended at the present Champs-Élysées-Marcel-Dassault roundabout. 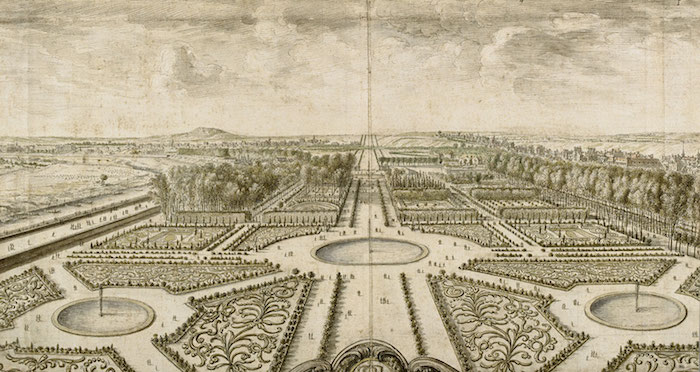 In 1710, this Grand-Cours – also called the Champs-Élysées, probably to make fun of the marshy origins of the avenue – is extended to the top of the Butte where the Arc de Triomphe now stands. Throughout the 18th century, the avenue had been enlarged and embellished, and new avenues such as avenue Montaigne, avenue Matignon and avenue de Martigny were created.

Despite these developments, the avenue remained unpopular. Seedy during the day, obscure at night, it was alongside the former “Grand-Sewer” of Paris.

It was then decided to cover this Sewer, and in 1777 a Swiss guard post was installed on the avenue. The Champs-Élysées then began to know a certain animation, particularly thanks to the beautiful mansions built in the Rue du Faubourg Saint-Honoré.

But it was not until 1828 that the avenue des Champs-Élysées knew real embellishments: sidewalks, lighting with the installation of 1,200 gas-filled candelabra, public establishments, Cafes, restaurants, concert halls and theaters… The development will continue until the Second Empire, which will give the avenue its elegance. If the sumptuous mansions built at that time have disappeared to be replaced by buildings – more profitable – the Champs-Élysées is still the epicenter of Parisian luxury. 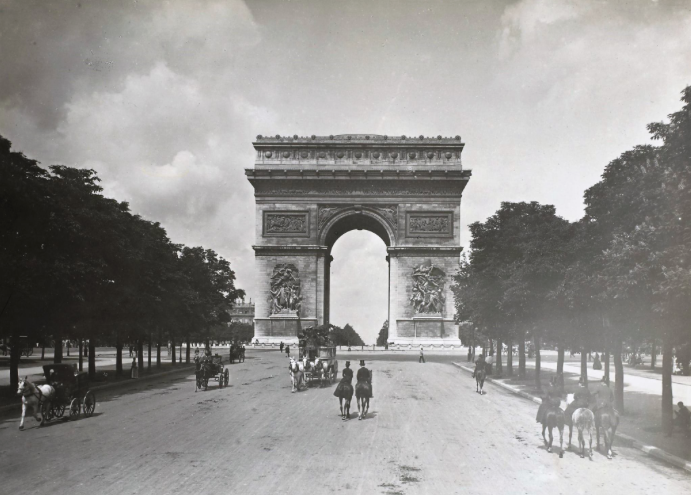 It was also during the 19th century that famous companies established their shops avenue des Champs-Élysées. And not any one… Located on the road to the Bois de Boulogne, the favorite place of Parisian high society for social walks, the avenue was a strategic location for the hippomobile industry. Then, when the mechanical traction replaced the horse-drawn traction, the car dealers appeared : Mercedes in 1902, Peugeot and Renault in 1908 … In 1909, more than 22 signs had their showcase Avenue des Champs-Élysées.

Even today, the major car dealers are present on the Champs-Élysées, followed in the 20th century by the luxury industry and famous brands.

History of the Champs-Élysées. Or how a marshland has become the "most beautiful avenue in the world".
Continue reading

Walking Tour French Revolution around Tuileries Gardens
The Exposition Universelle of 1889
Haussmanhattan : what would be a mix between Paris and new York
When France tried to build a fake Paris in 1918
26 vintage Photos of Paris
Walk "Fashion and Luxury"
Royal Squares in Paris
Place de la Concorde