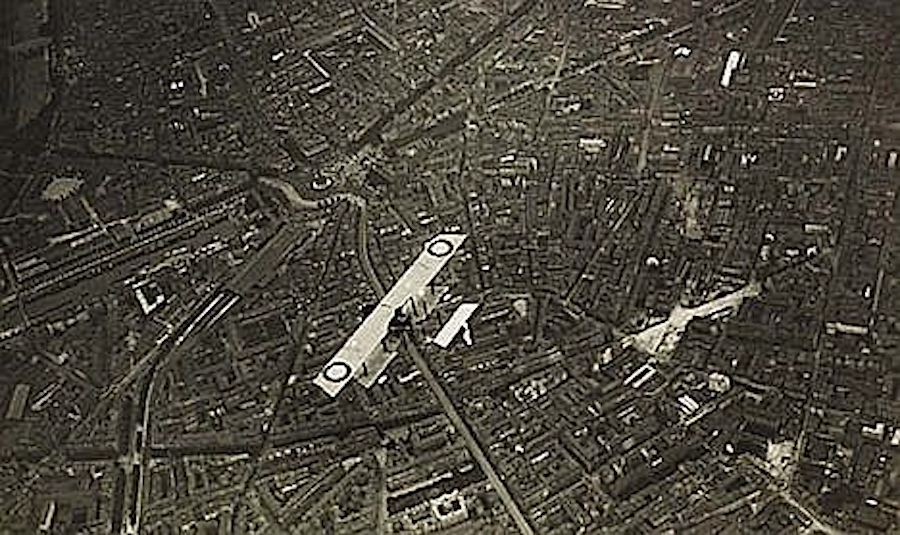 This is an idea worthy of a Hollywood film that the French government had at the end of the First World War. An unknown story, but real one, exhumed from the magazine “The Illustrated London News” – sort of Geo of the time – dated November 6th 1920. When Paris was to be nearby the Saint Germain-en-Laye forest to fool the Germans.

Although the conflict would come to an end in November 1918, the French Aeronautics Secretary and DCA (“Defense Against Aircraft”) were seeking since 1917 a solution to counter the German planes night bombing, after London was strafed on June 13th.

Aircraft which have a weakness : they are not yet equipped with radars. The idea : to create a fake city with false lights that could fool them at night.

In early 1918, it had been decided to recreate a fake Paris and Saint-Denis, where were located important factories. The false capital will be located close to the forest of Saint-Germain-en-Laye, Saint-Denis at the level of current Roissy airport, and other false factories in the east of Paris, at Chelles. 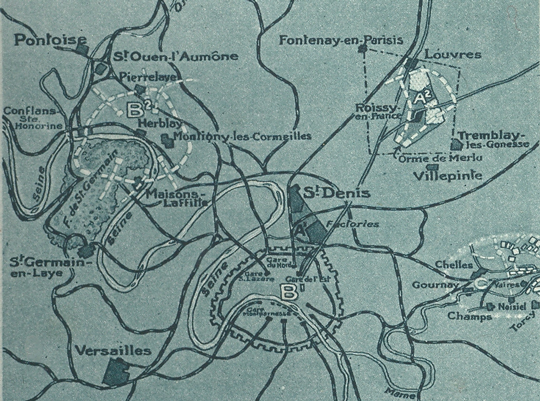 The area between Maisons-Laffite and Conflans-Sainte-Honorine had been chosen to reproduce Seine Paris because its Seine’s arm was quite similar to the one that crosses the capital. On the maps, everything was planned : railway stations, main streets and even strategic places such as Place de l’Etoile or the Champs Elysees. 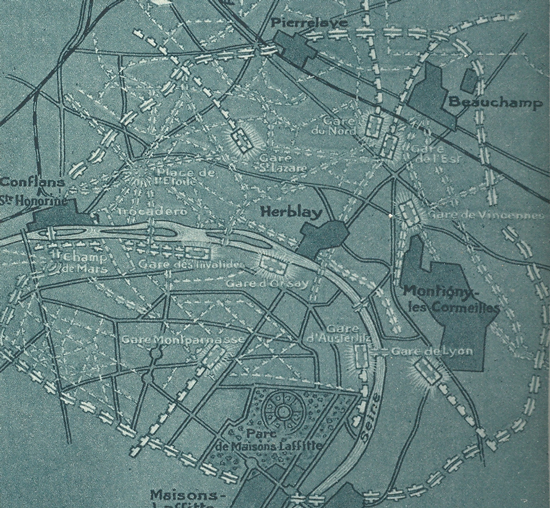 But among all these projects, only one had time to be partially completed before the end of the war : the false Saint-Denis, between Villepinte and Seyran (level A2), also called “false goal of L’Orme de Morlu” “

The project was entrusted to the engineer Fernand Jacopozzi, the same who illuminated few years later for the first time the Eiffel Tower and the Champs Elysees.

All around a fake Gare de l’Est, trains were large wood boards placed on the ground with lighting reproducing the windows. Painted canvases recreated the dirty glass roofs of factories, and lamps of different colors lit artificially produced vapors.