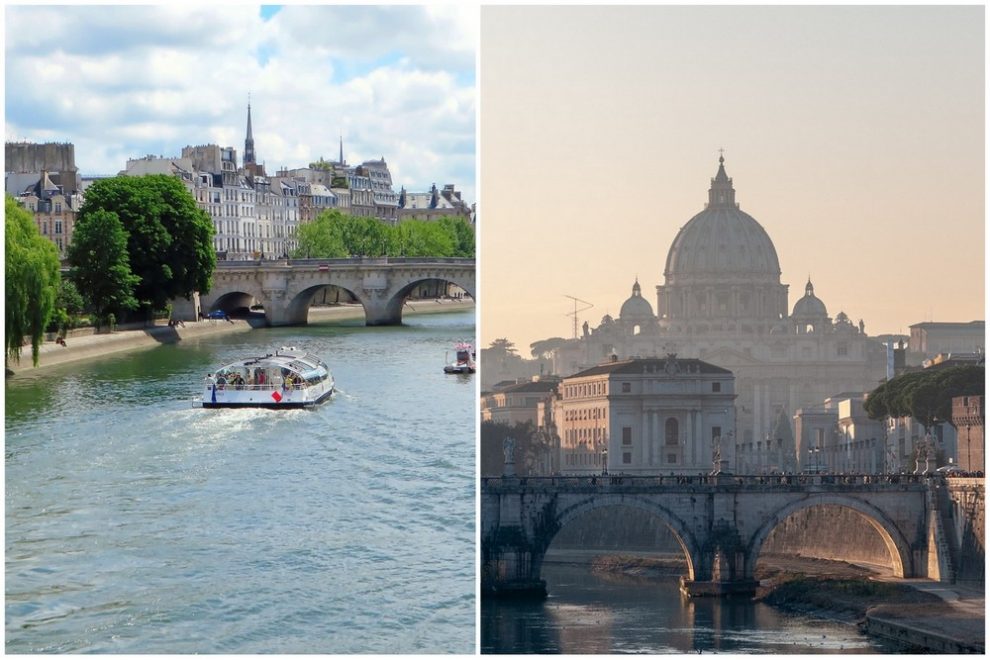 Simple partnership whose aim is to encourage cooperation and mutual aid, twinning between cities is above all a symbol. That of a history, and of a people, especially when it comes to large capitals. The agreement signed between Paris and Rome on January 30, 1956 is a perfect embodiment of this.

While other major world capitals are twinned with several cities, as is the case of New York for example, which has 13 twin cities, including Madrid, London or Cairo, Paris and Rome are the only ones to have an exclusive love. A pact signed in 1956 in the Hôtel de Ville, which, if it offers advantages to the inhabitants of the two cities and promotes collaboration, was above all the consecration of a symbol. That of the City of Lights and the Eternal City as the only possible allies. “Solo Parigi è degna di Roma, solo Roma è degna di Parigi” (Only Paris is worthy of Rome; only Rome is worthy of Paris). This is the motto of the twinning between the two cities.

A few years after this alliance, Rome named one of its streets “Via Parigi” (Castro Pretorio district) while Paris installed in the Paul-Painlevé square (5th district), opposite the Museum of the Middle Ages, a wolf suckling Rémus and Romulus, bronze reproduction of the work kept at the Capitoline Museum.

In addition to the symbol, know that this partnership allows Parisians to enter free of charge in many museums in Rome (Musei Capitolini, Galleria d’arte moderna, Museo civico di Zoologia, Museo di Roma) and vice versa (free access for Romans to normally paying temporary exhibitions of the museums of the City of Paris).

Anyway, any traveler having stayed in the two cities could not say it otherwise. Only Paris is worthy of Rome; and only Rome is worthy of Paris!

Only Paris is worthy of Rome; only Rome is worthy of Paris. History of an exclusive twinning.
Continue reading

10 archeological fun facts about Paris
The Pantheon
La Fontaine des Quatre-Parties-du-Monde, l'une des plus belles fontaines de Paris
Where does the name La Défense come from?
The Medici column, the most unknown remnant in Paris
The evolution of Paris from Gallo-Roman times to the Middle Ages