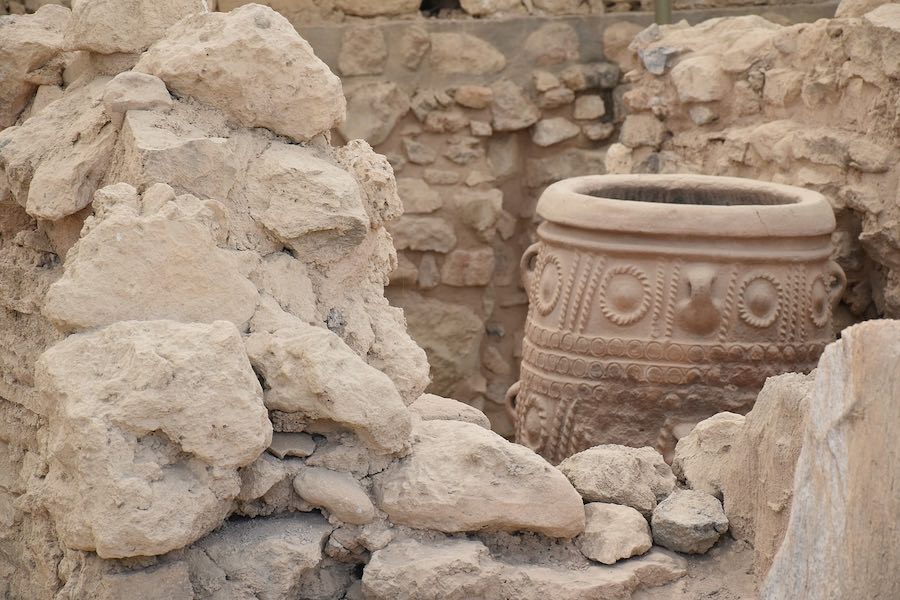 Parisian basements also contain treasures, and tell us, through the work of archaeologists, the history of the city, its development, and its population. A very rich history, since Paris has been occupied by men for millennia, but rather unknown by the general public. To disseminate this knowledge, an interactive map presenting more than 2000 archaeological discoveries made in Paris was put online by the Department of History of Architecture and Archeology of Paris (DHAAP).

A bronze medal with the effigy of Louis XV was discovered in 1923, during the construction of the Muslim Institute and the Mosque.

Prior to a real estate project located at the corner of rue des Ardennes and rue de Thionville, in the 19th arrondissement, a series of surveys was conducted. This area, well beyond the limits of ancient and medieval cities, had not previously been the subject of archaeological investigations or observations.

All the polls were negative. No trace of human occupation prior to contemporary times has been detected in this sector.

An anthropomorphic coffin of lead was discovered in 1938. Hermetically welded, it contained the absolutely complete skeleton of a little girl. He was on the site of the former convent of the Grand Augustins.

Also note that this place is the first underground cavity studied in an archaeological dig process in Paris.

During excavations for the metropolitan in 1904, at Bir-Hakeim bridge, a Gallo-Roman phallus was discovered in a sand and gravel field.

This area is the first update of an ancient settlement east of Lutetia. The remains, from the end of the 4th century to the beginning of the 6th century, covering a surface area of 300 m2, probably comprised a larger site that extended to the south and west.

Several types of activities were discovered: the extraction of silt, the conservation of agricultural products, as well as the practice of artisanal activity like the exploitation of materials of animal origin (bone, horn and antler), or still weaving. Finally, a cat and a paw of ox were found inside an isolated burial, dated between 367 and 380.

In 1903, under four meters of embankments, a layer of argyllburous black earth rich in vegetable debris was observed over a thickness of one meter. The Old Paris Commission interpreted these data as a river arm of the Neolithic period whose course gradually slowed down in the Gallic period, before filling in the historic period.

In 1977, during the rue de la Chaussée-d’Antin works in the courtyard of a mansion, the carved heads of the Kings of the Notre-Dame gate, destroyed during the French Revolution, were exhumed by chance. They are now exhibited at the National Museum of the Middle Ages of Cluny.

Part of the pedestal of the first equestrian statue statue of Louis XIII, located Place des Vosges (17th century) and destroyed during the French Revolution, was discovered in 1935, during the demolition of a small building.

In 1991, the construction of an underground car park enabled the discovery of levels of dwellings of the High Empire (I – II centuries). The site was located on the outskirts of Lutèce, and corresponds to either a public crossroads or a residential courtyard. There is no record of pre-Roman occupation in this area.

The abandonment of the site is in the first part of the 3rd century AD. J.-C, occupied again from the 13th century by a convent.

The little story of Butte Bergeyre, a village in the city
Most beautiful modern churches to see in Paris
History and fun facts about the Panthéon
The secret story of Joan of Arc's statue
The legends of the Ile de la Cité
These unsung heroes who carry the name of a street in Paris