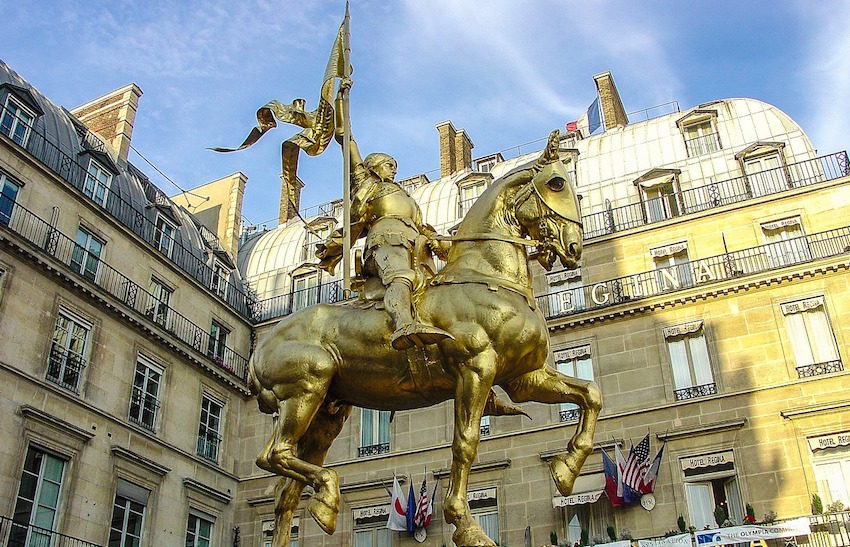 The equestrian statue of Joan of Arc, located on the Place des Pyramides in the 1st arrondissement, is one of the most famous in Paris. A statue that since its creation in the 19th century has always been a political symbol, but whose history is unknown. Indeed, it is no longer the original statue that we can see today, secretly replaced ten years after its creation!

In 1870, after the defeat of the country in the 1870 Franco-Prussian War, the Third Republic wanted to restore pride and hope, and commissioned a statue of Joan of Arc, national heroine.?

The decision is made to raise an equestrian statue a few meters from the place where she was wounded in 1429. The statue was inaugurated in 1874.

But very quickly, the realization is criticized. The sculptor, Emmanuel Frémiet, who was working on the second version he has to deliver to the city of Nancy, decided to modify the horse for this other statue. And, secretly, made a new equestrian statue for the place des Pyramides. But how to replace it without being seen?

In 1898, during the construction of the metro, the statue had to be removed. A unique opportunity for Frémiet who, without saying anything to anyone, replaced the old sculpture with the new one. And cover it with a golden patina to hide the substitution! 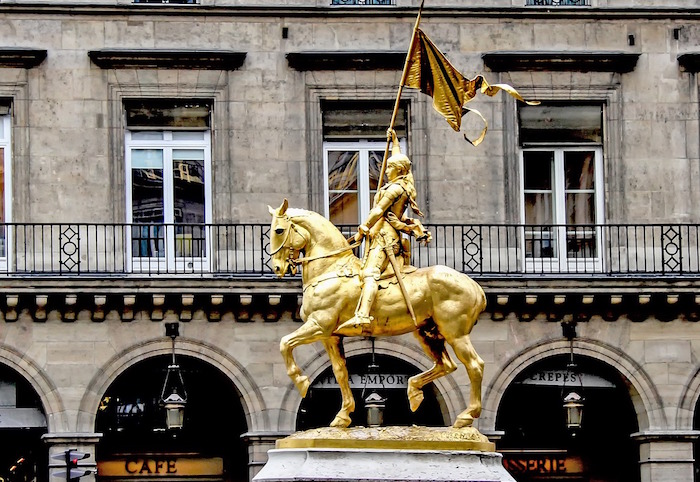 10 interesting facts about the Sainte-Chapelle
The Arc de Triomphe du Carrousel
Remains of fortifications that have surrounded Paris
The Champs-Élysées, history of a not ordinary street
Walking Tour French Revolution around Tuileries Gardens
10 parks and gardens not to be missed during a stay in Paris