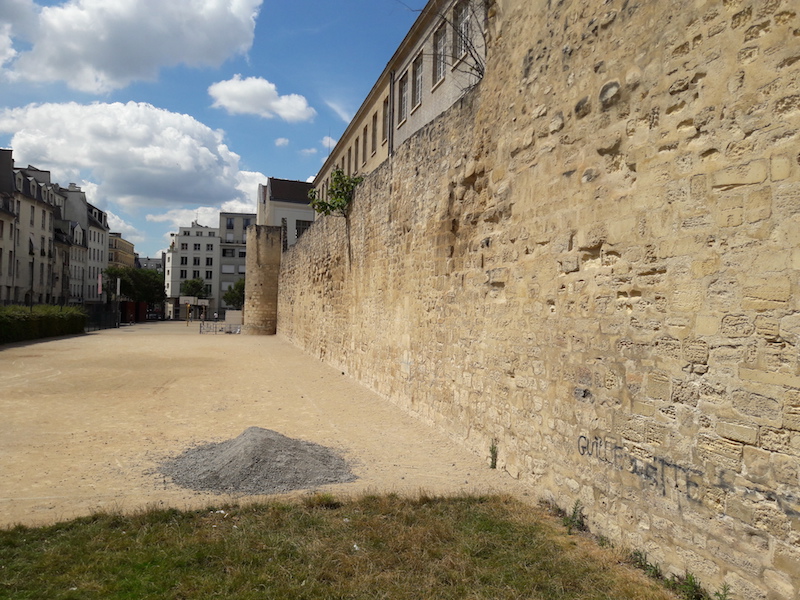 Throughout its history, from the Gallo-Roman era until the beginning of the 20th century, Paris has been surrounded by fortifications. Discover the history of these enclosures, and find out where you can see remains during your strolls.

During the Roman occupation, Lutetia was inhabited on the Île de la Cité and on the left bank. Around 285, to escape the barbarian invasions, the inhabitants of the left bank get to the Ile de la Cite, which offered, thanks to the Seine, a natural protection. They doubled it with a stone wall, a trace of which can be seen on the floor rue des Colombes. 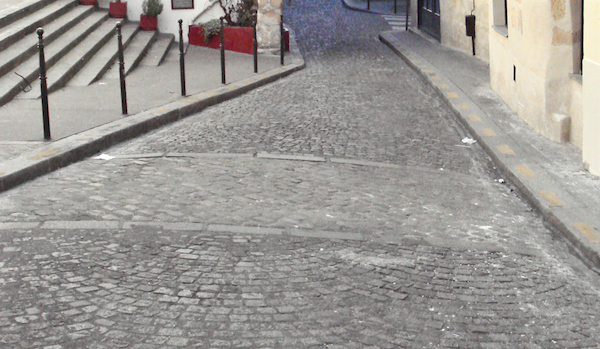 Before leaving in crusade, Philippe-Auguste decided to protect Paris and its 190,000 inhabitants – already! – external invasions. The enclosure was begun in 1190 on the right bank, extended on the left bank around 1200, and completed in 1213. Used for more than a century and a half, it was not demolished (except its gates) but simply abandoned. That is why there are as many vestiges of this fortification, visible on both banks of Paris.

The most impressive – and the longest – is the one that you will find rue des Jardins-Saint-Paul, in the Marais.

Foundations are also visible at the Musée du Louvre, which was originally a fortress of this enclosure.

On the right bank, an imposing vestige is located rue Clovis, a few steps from the Pantheon. 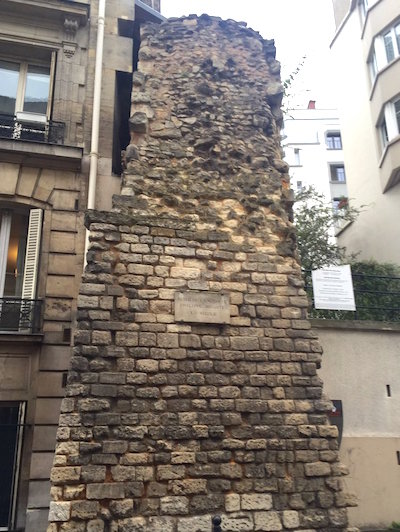 During the Hundred Years’ War, the Paris’ Provost Étienne Marcel built a new wall on the right bank, extended by Charles V and completed in 1383. The Bastille was originally one of the gates of this enclosure.

Louis XIII extended this wall to the west, including in Paris the Tuileries and the Faubourg Saint-Honore. Louis XIV, considering it useless, decided to shave it and replace it by a large promenade. It is today our Grands Boulevards !

Wall of the Ferme générale

Unlike other fortifications, the Mur des Fermiers Généraux was not built to protect the city from invasions, but to protect it from… tax evasion. Erected in 1784, it ensure the payment of a toll on goods entering Paris via 57 barriers, monumental doors built by Claude-Nicolas Ledoux.

The Thiers wall is the last fortification built around Paris. Completed in 1844, it included communes (Montmartre, La Villette, Bercy, Auteuil …) that have been annexed to Paris in 1860.

Destroyed in 1919, it has been replaced by a belt of social housing, sports facilities and parks. The “Boulevards des Maréchaux” occupy the old “Military Street” alongside the wall, while on the other side, a non-constructible zone was gradually occupied by slums. 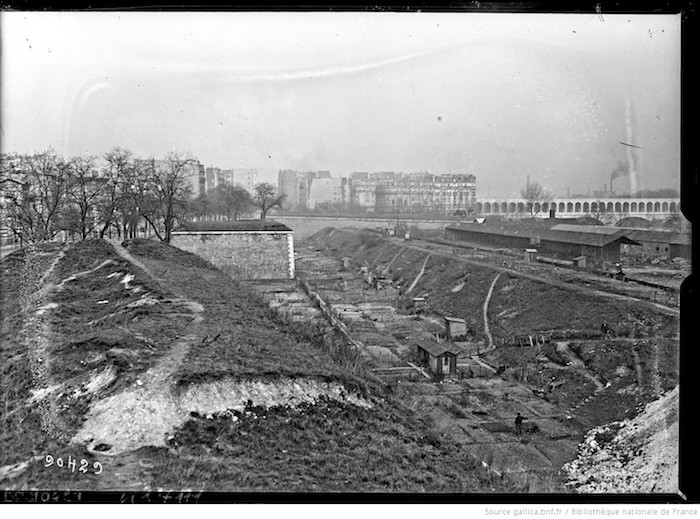 History and remains of the fortifications that have surrounded Paris.
Continue reading