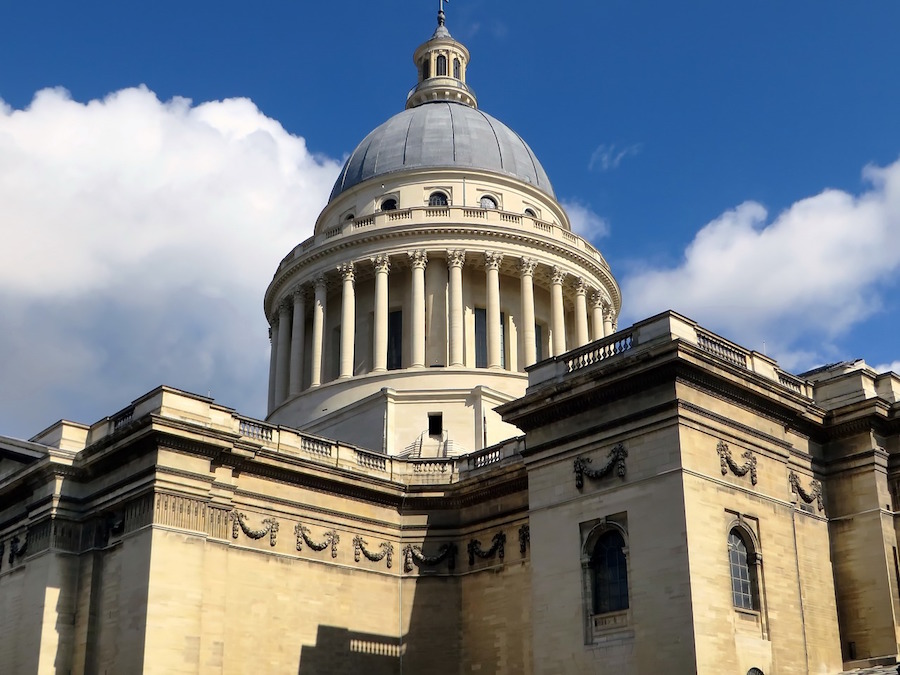 Emblematic monument of Paris, tomb of distinguished French citizens, the Pantheon had a turbulent history. A rich and unknown story to discover through these 9 stories and anecdotes.

In 1744, Louis XV, traveling to Metz, fell ill. He vowed that if he recovered from his illness he would build a sumptuous monument to of St. Genevieve, patroness of Paris. He cured, and did not forget his wish. The architect Soufflot was chosen to direct the work of the new church.

The work of the Pantheon was financed by an increase on national lottery tickets.

The church was completed in 1790. From 1790 to 1889, date of the construction of the Eiffel Tower, the Pantheon was the highest point of Paris.

When Mirabeau died in April 1791, the Constituent Assembly decided to turn the Sainte-Geneviève church into a grave for the great men of the French Republic. The Pantheon was born. 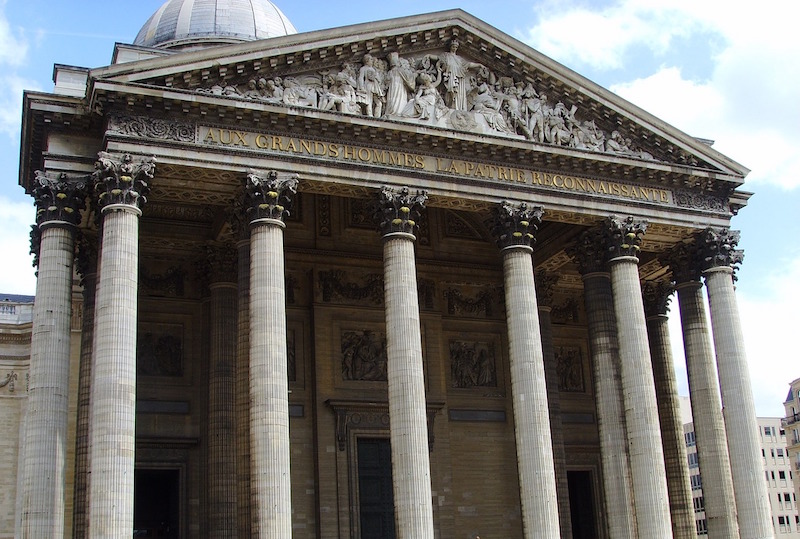 The famous motto of the pediment “Aux grands hommes, la patrie reconnaissante” (“To the great men, the grateful homeland”) is due to Claude-Emmanuel de Pastoret, Paris’ deputy during the Revolution.

Mirabeau was the first to enter the Pantheon, and the first… to come out! Upon discovering his secret epistolary relations with the king, he was removed in 1794, replaced by Marat, removed a few months later once the Terror denied.

Church turned into a Pantheon by the Revolution, Napoleon gave back a part of it to the Catholic religion in 1806, then the monument became again church of St. Genevieve under the Restoration. In 1830, Louis-Philippe made the church a Pantheon again, then Napoleon III decided to give the monument back… to Catholic worship !

It was in 1885, on the occasion of the funeral of Victor Hugo, that the Third Republic decided to make the Pantheon to the celebration of the great men of the nation. This function has not moved.

Like the furniture and the pediment, the cross at the top of the monument has been removed each time the church became Pantheon. During the Paris Commune, it was replaced by a French flag, then put back in 1873. When the Third Republic made the monument a Pantheon, the cross was not removed. It is still visible today, last witness of the old church. 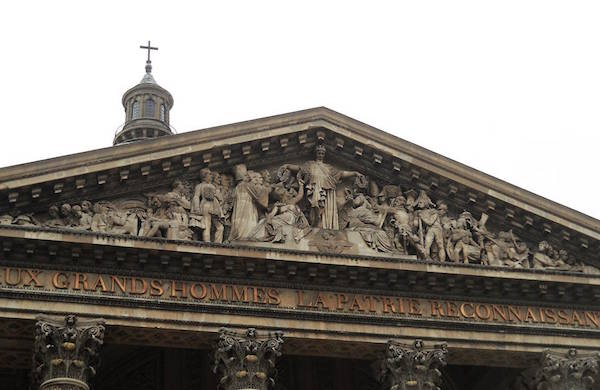