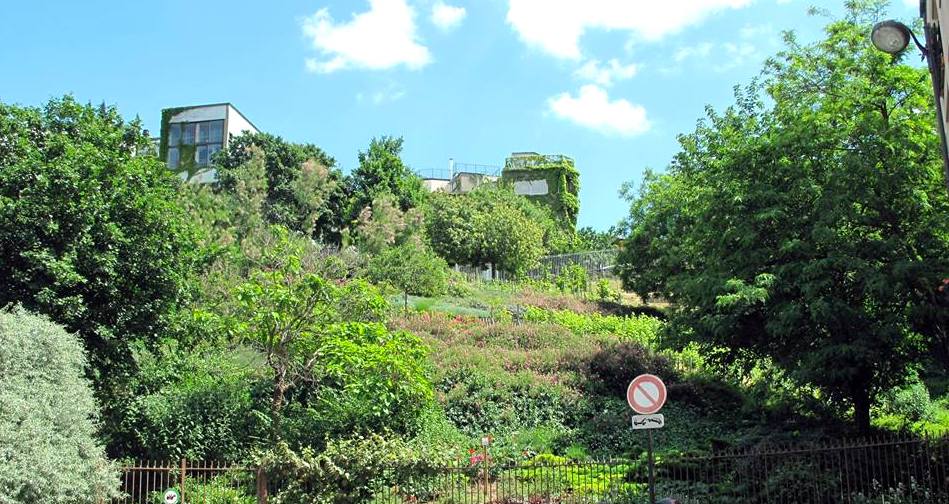 A few steps from the Buttes-Chaumont Park, the Bergeyre hill is a unique place in Paris. Small perched village of the 19th arrondissement, its rural setting, its Art Deco architecture and its breathtaking view of Montmartre make it a place both unusual and romantic, ideal for a stroll to discover a little known Paris. A small village whose history is closely linked to the working and popular past of the 19th arrondissement.

Located at the site of ancient quarries of gypsum, from which was extracted since antiquity this rock used to manufacture plaster, the Bergeyre hillock was only parted very late, in the first half of the 20th century. Some streets, such as the rue des Chaufourniers or the passage of lime kilns, are the last witnesses of this passed past.

Annexed in Paris in 1860, the district undergoes profound transformations. But the Parc des Buttes-Chaumont concentrated all the attentions of the Emperor and the prefect Haussmann, and the hill Bergeyre, separated from the park by the street Manin, was used until the 1900s like pasture. 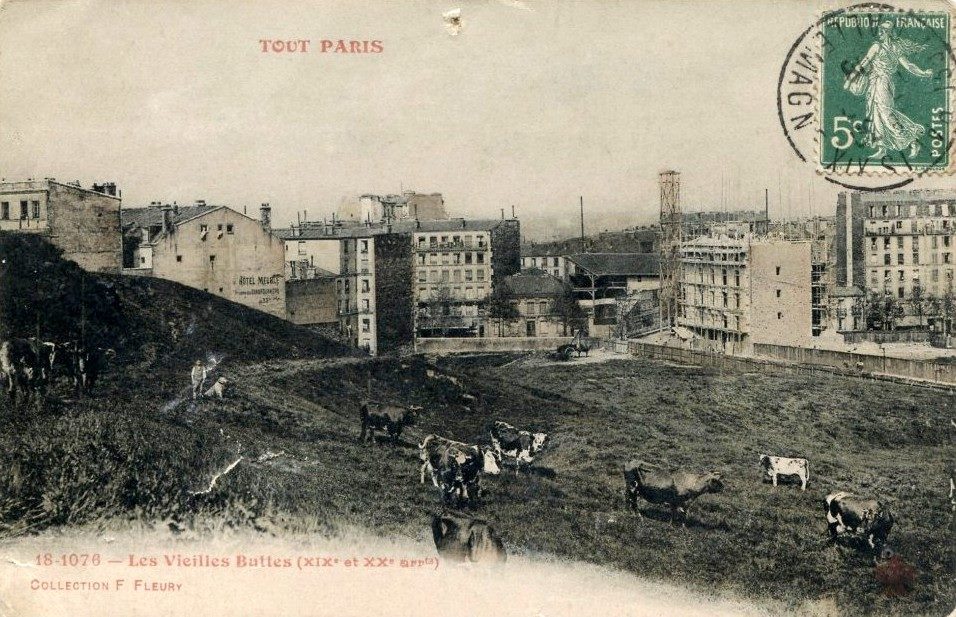 The urbanization of the district started at the beginning of the 20th century with the Rothschild Foundation – still visible today – while the one that was still called “the old Butte” remained in its wild state.

In 1909, a company had the idea to use part of this wasteland to establish an amusement park, the “Folles Buttes”. Paris, in this period of Belle Epoque, is one of the world capitals of entertainment and technical innovations. It’s time for carelessness and the joy of living. Just like the first cabarets, cinemas and big cafes, the amusement parks participate in this image of French art of living. A progress which wishes to profit the Folles Buttes. 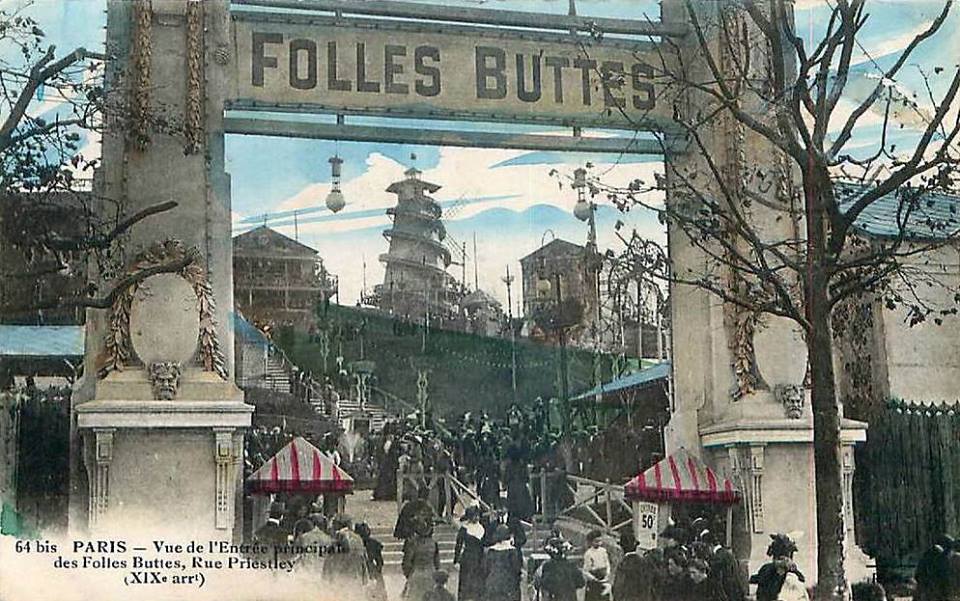 Tour with helical ramp, ballroom, rides, haunted house, cabins of curiosities … The distractions are not lacking. The park knew an important success until the First World War, after which its activity will decline, until disappearing in 1926.

Before the First World War, precisely, the top of the mound is not yet developed. The Sporting Club de Vaugirard, club of the 15th district of Paris whose stadium was requisitioned by the army at the approach of the war, seeks a new ground. The club decided to settle on the old hillock, and built a stadium of 15,000 seats. Monumental works are being undertaken to level the ground, work that will stop a few days before the declaration of war.

The inauguration of the stadium took place on August 18, 1918, called Bergeyre stadium in tribute to Robert Bergeyre, a Rugby player from the Sporting Club who died in action at the age of 20. The old hill becomes Butte Bergeyre. 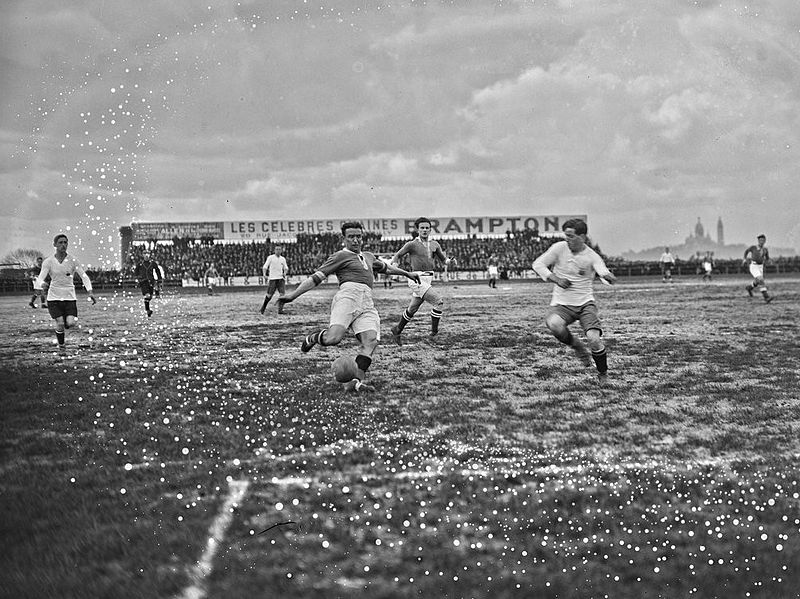 The Bergeyre stadium, a very modern sports complex for the time, hosted football, rugby and athletics competitions, and was one of the sites used during the 1924 Paris Olympics. But the ground, caught up by his career history, was too unstable, and required too much maintenance costs. It was razed in 1926, at about the same time as the Folles Buttes.

A plot of vacant land, the potential of which attracted the eye of real estate developers, who had to build, forced from the ground, small pavilions, while all around the hill were raised tall buildings, less charming, but which, by isolating it, offer it its particular charm.

A charm that has not changed since …

The Champs-Élysées, history of a not ordinary street
These unsung heroes who carry the name of a street in Paris
Before/After : evolution of Paris since the 19h century
5 cycling routes in Paris
6 romantics things to do in Paris
Rue de Crimée Lift Bridge