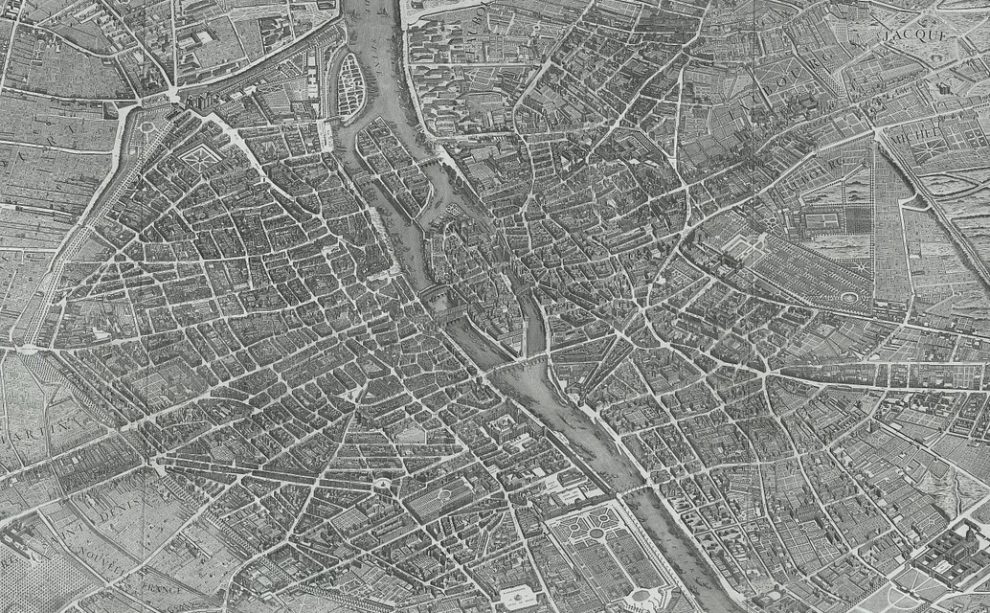 Before being Paris, Paris was called Lutéce. A city whose first remnant appears in the book “The Gallic Wars”, written by Julius Caesar around 50 before JC.

At that time, Lutèce, located on an “island of the Seine,” is the fortress of the Parisii, a Celtic tribe that settled in an area that covers about a quarter of the current Ile-de-France. A prosperous tribe who practiced agriculture, farming, and whose wealth came from the traffic control of the Seine.

PARIS AT THE GALLO-ROMAN ERA

If the original location of the Gallic Lutetia is uncertain (it is not clear which “island on the Seine” Caesar spoke about, and nothing was found during archaeological excavations of the Île de la Cité), that of the Roman Lutetia is no doubt.

Roman will indeed build a new city on the left bank of the Seine (current Latin Quarter), with the typical plan of Roman cities of that time, while the Parisii lived on the Île de la Cité.

Around a large north-south axis called the Cardo Maximus, which is today the Rue Saint-Martin and Saint-Jacques Street, Lutetia is a beautiful Roman city populated by about 10 000 inhabitants.

The only remnants of that era today are the Arenes de Lutece and Thermes de Cluny.

PARIS IN THE 3RD CENTURY

In the mid 3rd century, Lutèce gradually turned into a military bastion to protect itself against the Germanic invasions. The left bank is deserted and Roman joined Parisian on the Île de la Cité, protected by a fortress.

It is at that time that Lutetia became Paris, an important military town due to its very interesting strategic position. Then in 508, under Clovis, Paris becomes for the first time in history a capital.

But after being crowned Emperor of the West in 800, Charlemagne left Paris and chose for capital Aachen. Neglected and less defended, Paris will repeatedly sacked and destroyed between 845 and 911.

Which will not prevent it to be rebuild and grow. At the 11th century, a wall was built around the new town at the right bank. Suburbs that expand quickly, thanks to the trade coming from the North and the creation of Les Halles in 1137.

PARIS AT THE END OF THE MIDDLE AGES

Anew officially capital of the kingdom under Philippe Auguste (1165 – 1223), Paris continues to grow very quickly. To protect the city, the king ordered the construction of a new wall.

5 km long and 9 meters high, it marks out a 260 hectares area. This is also during this construction that the first Louvre had been built.

Populated by 25 000 inhabitants in 1180, Paris becomes the largest city in Europe in the late Middle Ages a half century later with 200 000 inhabitants.

An economically prosperous city, intellectual heart of Europe with the creation of “University”, and an important military place. A city that will continue to grow in the Renaissance.

Crédit Photo Via / Via

The Invalides
When France tried to build a fake Paris in 1918
The Belle Époque, Heyday of Paris Brothels
Paris, former capital of wine
History of the parisian metro
The oldest public clock in Paris