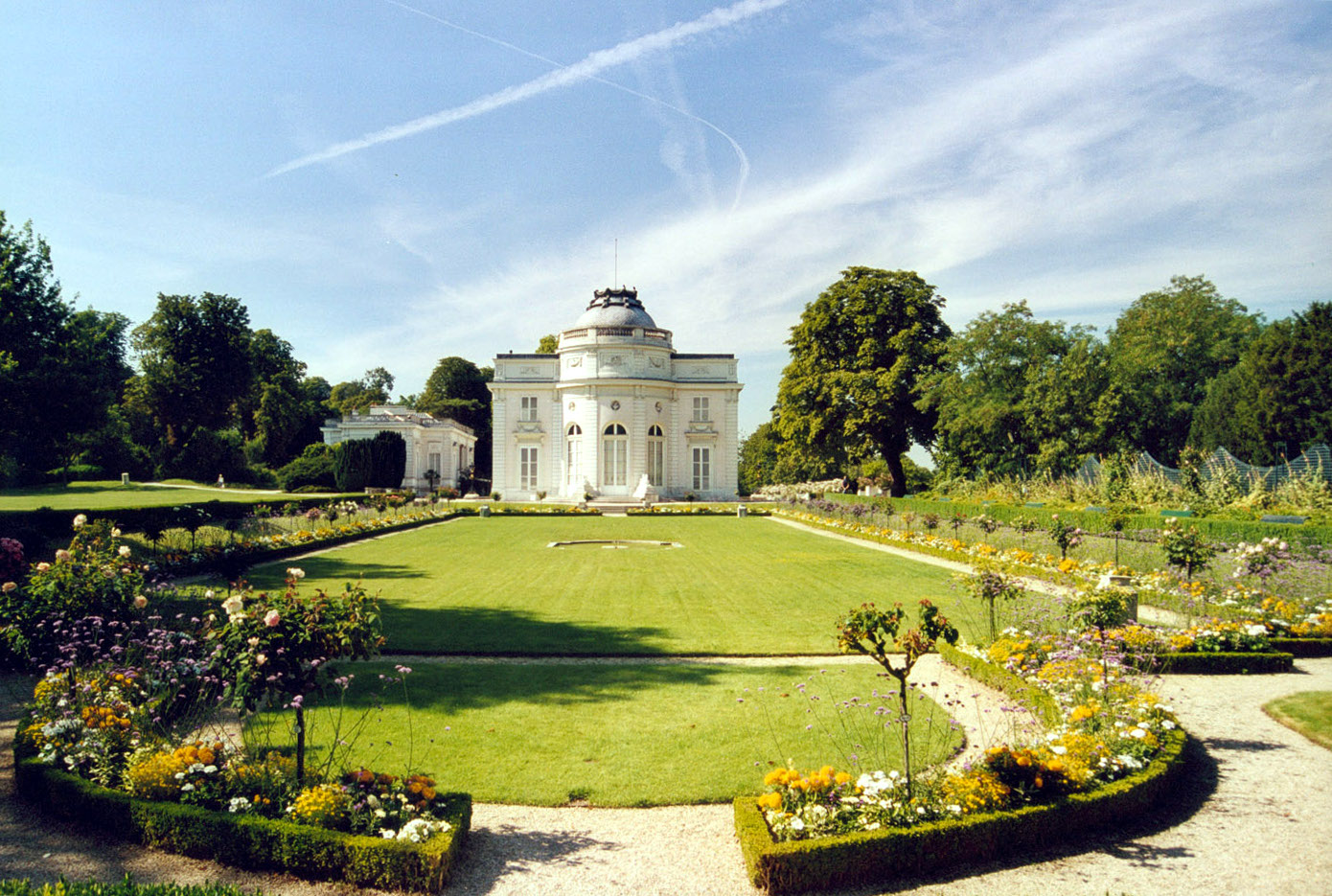 At the heart of the Bois de Boulogne (16th arrondissement) , the Parc des Bagatelles is a wonderful Parisian garden, ideal for a greenery walk discovering nature.

Founded in 1775 as a result of a bet between the Conte d’Artois (brother of King Louis XVI) and Marie Antoinette, this ” Bagatelle” (meaning in French both triviality and trifle) built in 64 days passed then from hand to hand before becoming the current botanical garden.

In 1775 , the Conte d’Artois, brother of Louis XVI and the future King Charles X , purchased an estate in a pitiful state in the Bois de Boulogne, at this time king’s hunting wood. Marie- Antoinette , who had to travel for two months, bet him 100 000 livres that he could not receive her with dignity when she comes back.

Despite the stake, the Conte spent more than a million livres and hired 900 workers to win the bet. A «bagatelle» built in only 64 days!

Before the city of Paris bought the estate in 1905, the Parc de Bagatelle experiences various fates. Seized during the French revolution , it will be abandoned , turned into a hunting ground and then recovered by the Conte when he’ll be King Charles X ( 1824-1830 ).

The gardens of Bagatelle then became the property of English Lords , including Sir Richard Wallace, known for fountains of the same name that you can still see around Paris .

The castle ( called ” Madness “) will be refurbished and the Trianon, in front of the Rose Garden, built . The Art of the Garden is no longer dominated as the 17th century by the French style , landscapes derive their inspiration from the imagination of the great artists of the era mixed with an Asian mode.

In 1905 , the city of Paris entrust the restoration of Bagatelle to Jean- Claude Nicolas Forestier, Paris’ gardens curator, who turned Bagatelle into a romantic garden with botanical collections , without destroying the harmony of the previous constructions .

Roses garden, irises, perennials, clematis , huge trees, garden ponds … You will be charmed by the very romantic scenery of this place full of history.