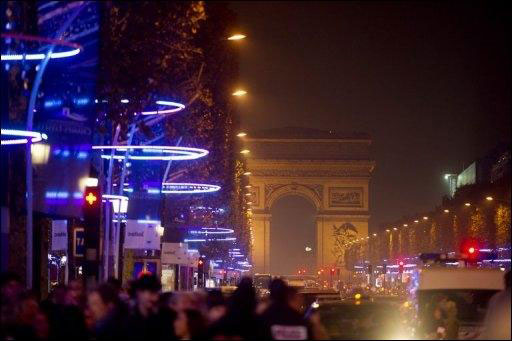 Every year when autumn has dropped its last leaves , the cold comes for several months and night falls earlier and earlier, the capital is decorated with bright decorations. A tradition that gives the city a particular charm that delights both tourists and Parisians people.

Find below the Christmas lights and decorations not to be missed during your walks in Paris . 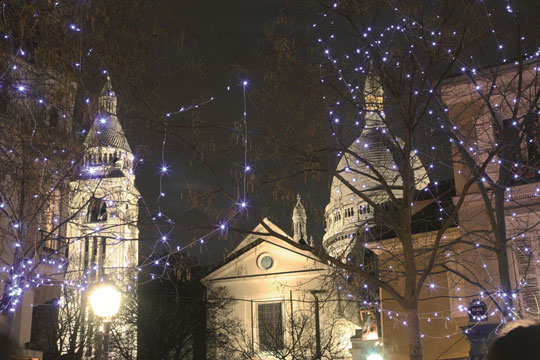 More than a tradition , the Champs-Elysées lights are now an institution. This year, the trees of the most beautiful avenue in the world are decorated with ring-shaped LED illuminations and sparkling garlands.

Strolling down the Champs -Élysées is also an opportunity to enjoy the Champs-Élysées Christmas market.

You can also continue your walk on the chic Avenue Montaigne to enjoy its luxury windows shops lights.

International symbol of luxury and Parisian taste, Place Vendôme and its surroundings are also brightly decorated for the Christmas celebrations.

Decorated with thousands of lights, the rue Saint -Honoré, rue de la Paix and the rue de Castiglione will offer you the most elegant and refined landscapes of Paris.

To celebrate the magic of Christmas , the former Bercy wine market , now called Bercy Village, is lighten up by with an installation of the artist Fred Sapey – Triomphe.

Christmas time might be one of the best time to enjoy the most beautiful village of Paris in an original way. The High Montmartre (around Sacred Heart Basilica) and the Place des Abbesses surroundings are adorned with charming bright decorations, showing a Montmartre between tradition and modernity.

You will also find in Upper Montmartre a Christmas market made of 60 shops.

Galeries La Fayette windows located rue de la Chaussee d’Antin and Lafayette House are decorated on the subject of ” Once Upon a Time Christmas “, decoration inspired by the french movie ” Beauty and the Beast ” ( February 2014).

As for the Printemps, it revisits as usual the traditional Christmas symbols . Divided into different paintings, illuminated fronts of the Boulevard Haussmann will narrate you the legends and history of Christmas.

All the informations about Christmas lights and decorations in Paris not to be missed when you stroll the town.
Continue reading