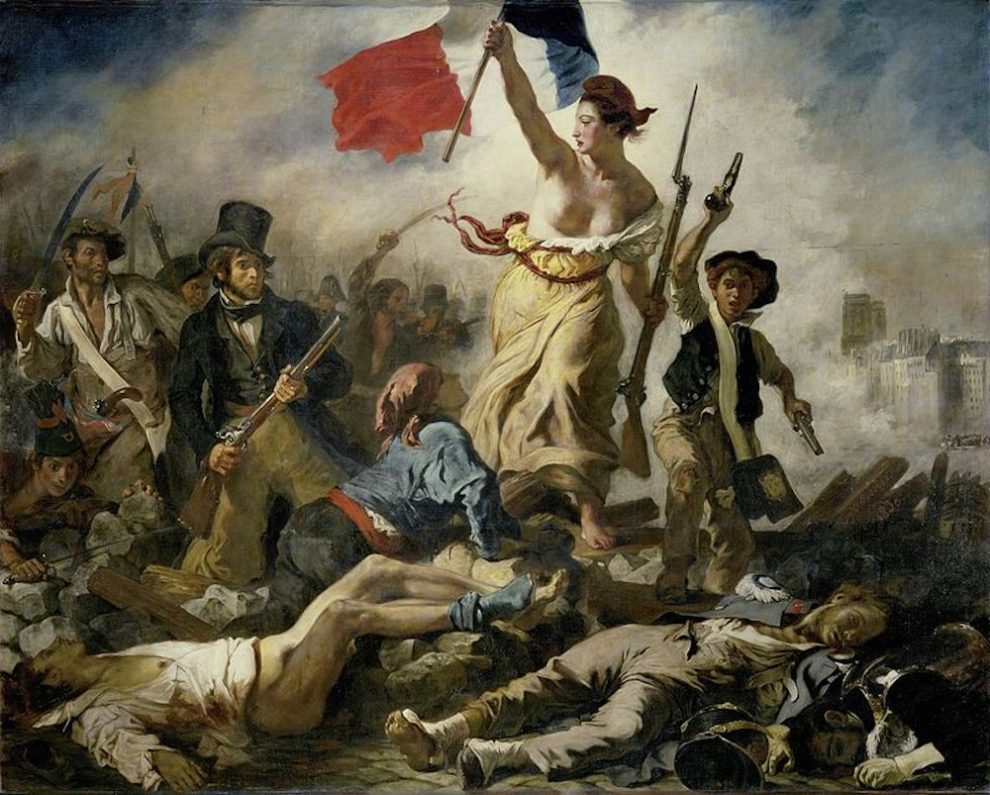 It is one of the most famous French works, and yet its history, as well as its representations, remain unknown. Perhaps because no other painting has succeeded in transcending eras and freeing itself from the only artistic expression as did the Freedom guiding the people. More than a work, it has in fact become a symbol, which the events of French history have appropriated in turn.

Revolutionary painting par excellence, its realization is – wrongly – often associated with 1789. It is however 42 years later, in 1831, that Delacroix presented his work. If the Revolution was still very present in the minds at that time, the Napoleonic Empire and the reestablishment of the monarchy had long since shattered the dreams of a republic. Before a new revolution broke out in July 1830, which prompted Delacroix to paint this picture.

It is therefore in this work, originally, the revolution of July 1830, also called Three Glorious. A revolution sometimes forgotten – perhaps because it lasted “only” three days – but which had a very strong impact. Failing to restore the republic, it ended the reign of the Bourbons (initiated by Henri IV in 1589) and at the same time the absolute monarchy. After Charles X, it was a cousin, Louis-Philippe 1er, who ascended the throne with the title of king of the French.

See also: the July Column at Place de la Bastille, memory of the Three Glorious Ones.
The work of all revolutions

A few months after the event, in December 1830, Delacroix began his work. It immerses the spectator in the heart of a popular revolt, where women and men of all social origins storm a barricade. The rays of the setting sun mixed with the smoke of the cannons highlight an allegorical figure of Liberty which is waving the tricolor flag.

A detail which also gives an indication of the period, since if this flag was indeed created by the Revolution, it was Louis-Philippe 1er who restored it in 1830 and generalized its patriotic use.

“I undertook a modern subject, a barricade, and if I did not win for the fatherland at least I would paint for it” wrote Delacroix to his brother in 1830. Celebrating this new revolution, the artist proposed a allegory so powerful and original that it ended up imposing itself in the collective imagination as the very representation of Liberty, far beyond the events of July 1830. This is how this symbol was taken up later to illustrate the revolution of 1789, and even recovered during the revolution of 1848, which ended the monarchy in France. The work of all revolutions!

At the center of the work, the allegory of freedom is a woman advancing topless, a Phrygian cap on her head, a bayonet gun and the French flag in her hands. This Marianne did not shock so much in 1831 with her warrior symbolism or her bare chest, but rather because of … her hair under her arms! A detail considered vulgar by critics of the time, who swore by smooth and flawless allegories of Victory, like ancient representations. 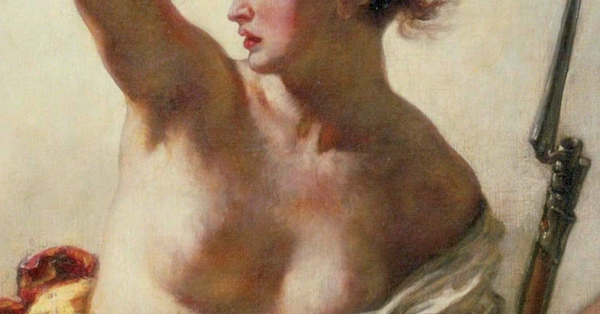 Beside him is a kid from the suburbs. Character who later inspired Victor Hugo for his Gavroche in Les Misérables. You will also notice behind the boy the towers of Notre-Dame de Paris, which once again became a major Parisian symbol in the 19th century. It is indeed in 1831 that was published, at the same time as this table was unveiled, the famous work of Victor Hugo! 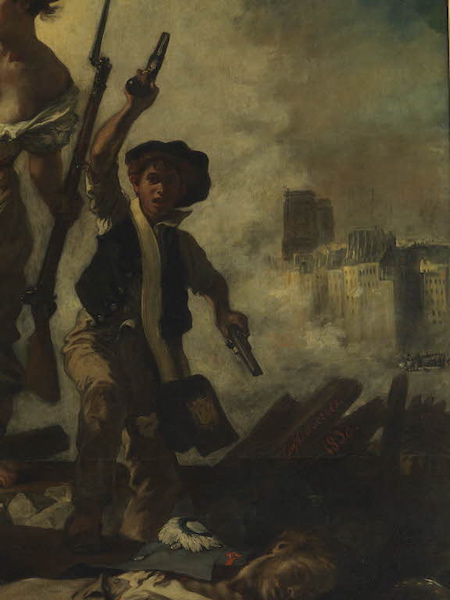 Purchased by Louis-Philippe in 1831, the work, considered too revolutionary, was quickly removed from the Royal Museum, then located at the Luxembourg Palace. She did not enter the Louvre until 1874.

It is nowadays Universal.