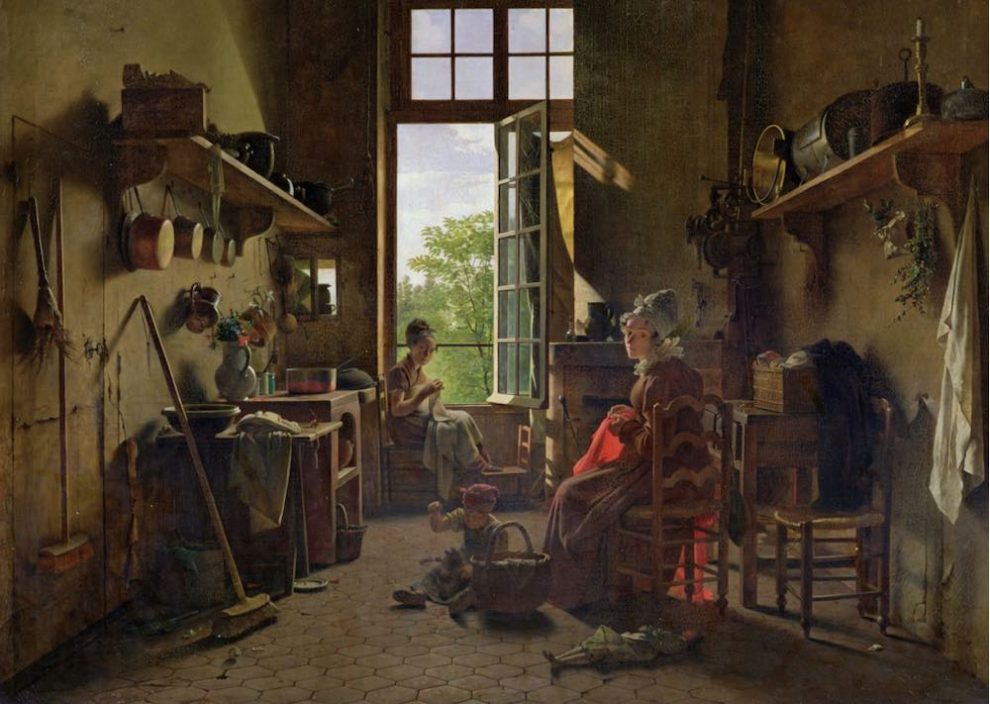 The thousands of works exhibited at the Louvre museum hide an incredible number of stories. This is particularly the case with an unknown painting : Interior of a kitchen, by Martin Drölling (1815). Or when the organs of the royal family, reputed to be the basis of a marvelous glaze, were used in the 19th century for paintings. Myth or reality ?

On the death of a member of the royal family, it was customary to remove his heart and bowels. To avoid its decomposition first, but also because these organs became relics and could be offered to a religious community. This is how the hearts of Louis XIII and his son Louis XIV were put until the French Revolution in the Saint-Paul-Saint-Louis church, and those of other members of the royal family of Bourbons (Anne and Marie-Thérèse d’Autriche, Philippe d’Orléans, Madame Henriette …) in the Val de Grâce.

When the French revolution broke out, all the royal representations were brought down, and the churches looted. In 1793, the architect Louis-François Petit-Radel was commissioned to throw the hearts of the princes and princesses who were in the Val de Grâce, as well as those of Louis XIII and Louis XIV. But instead of dispersing them, he preferred to sell them for the realization of Mummy Brown, a very rich brown bituminous pigment…

Used from the 16th century as a pigment for painting, Mummy Brown was produced from organic material (usually powdered mummy flesh) which macerated in alcohol and herbs. The result was a sort of reddish-brown paste which, it seems, offered incomparable shine and transparency. And beyond compare if the mummy’s flesh were replaced by a heart, which moreover is of royal blood!

After having recovered the very dear hearts of the Bourbons, Louis-François Petit-Radel offered them to two of his painter friends, Alexandre Pau de Saint Martin and Martin Drolling. Saint-Martin bought the hearts of Louis XIII and Louis XIV, but only used part of the Sun King’s heart, and returned it with the unbroken heart of Louis XIII in 1815. Martin Drolling had bought a dozen hearts, including those of the queens Anne and Marie-Thérèse of Austria, of Monsieur, brother of Louis XIV, of the Regent Philippe d’Orléans, or even of Madame Henriette, daughter of Louis XV. Heart which were used the nuances and tints of Interior of a kitchen, by the French painter Martin Drolling (1752 – 1817).

If it is impossible to prove it, this legend is probably a true story, since it is almost certain that Drolling used in his works the precious substance removed to royal hearts.

To see at the Louvre museum!

July 28 : Liberty Leading the People
Book tickets for top attractions in Paris
The Victory of Samothrace
The extraordinary journey of the Obelisk of the Concorde
The Arc de Triomphe du Carrousel
Le Louvre (visite extérieure)