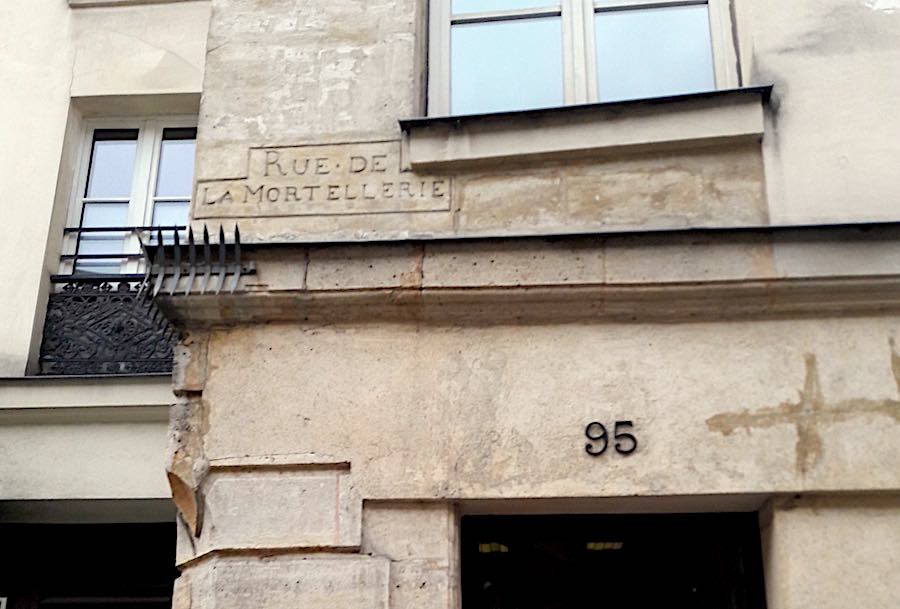 In the historic center of Paris, the rue de l’Hotel-de-Ville is a charming little street. Formerly called rue de la Mortellerie, its existence is very old, since we find traces of it since the 12th century. A street that knew a tragic history in the 19th century, which forced it to change its name !

From the 13th century were settled in this street “morteliers” (mortar-makers), workers who made mortar for the masons. A job that required a lot of water and sand, which was offered in abundance by the Seine, a few steps away. At No. 95 rue de l’Hotel-de-Ville is still visible, engraved in the facade of a building, the witness of this past.

Centuries later, in 1832, Paris was hit by a massive cholera epidemic, which killed more than 19,000 people in a few months. The district of the Hotel de Ville was one of the most affected. And, inside this neighborhood, the rue de la Mortellerie suffered a real slaughter. More than 300 dead in this street !

Seeing a link between the name and these tragic deaths (mortel means mortal), the inhabitants asked the name to be modified. This street officially became rue de l’Hotel de Ville in 1835 !

In the historic center of Paris, a street renowned in the 19th century rue de l'Hôtel de Ville to start again from scratch !
Continue reading